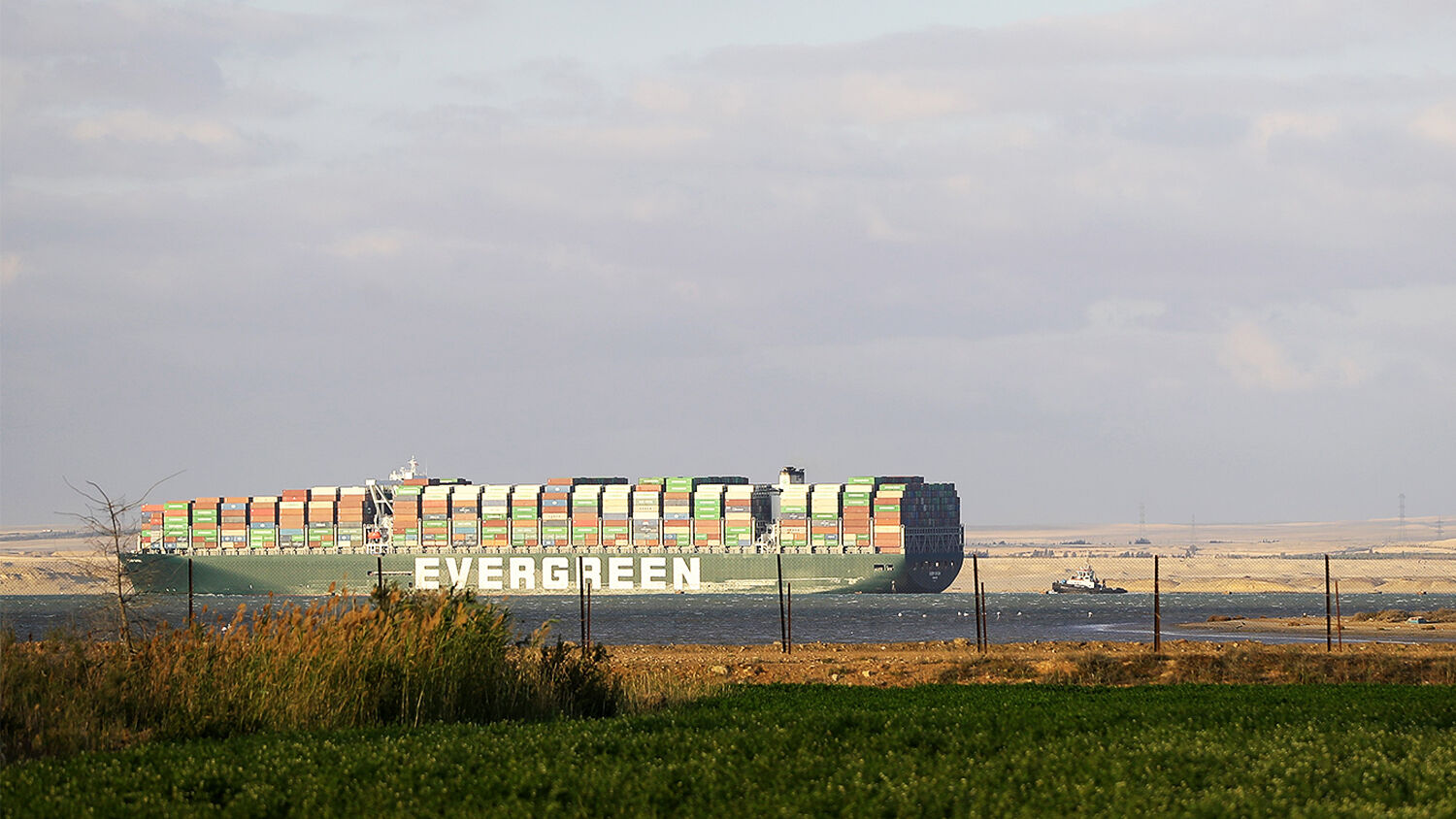 The ship Ever Given moves along the Suez Canal on March 29, after being stranded in the canal for almost a week.
Xinhua/Wang Dongzhen via Getty Images

“Is it still stuck?” That’s been my top question when watching the news this past week.

The Suez Canal has captured the attention of the world. One stuck ship—the Ever Given—has prevented an estimated $10 billion a day worth of goods from crossing the canal. About 10 million barrels of oil are backed up at both ends. As the New York Times noted over the weekend, “The fact that one mishap could sow fresh chaos from Los Angeles to Rotterdam to Shanghai underscored the extent to which modern commerce has come to revolve around truly global supply chains.”

“These advances in trade have yielded sophisticated and highly efficient forms of specialization, with auto factories in the north of England relying on parts from across Europe and Asia. The rise of the container ship has expanded the availability of consumer goods and lowered prices,” it continued. “But these same advances have yielded vulnerabilities, and the disruption at the Suez Canal—the passageway for roughly one 10th of the world’s trade—has intensified the strains on the shipping industry, which has been overwhelmed by the pandemic and its reordering of world trade.”

After six days, the Ever Given has finally been moved. But the lesson still remains. The supply chains that link our lives together are so vulnerable they can be severed by one stuck boat.

It’s the subject I wrote about in the March issue of our Trumpet magazine.

“Everything you own probably once traveled on a ship,” I wrote. “Whether you live in an island nation like I do or a continental expanse like the United States, your clothes, your appliances, your food, your vehicle, your furniture, your copy of this magazine all relied, in some way, on ships to come into existence.

“This makes the shift in control of global sea gates one of the most important and most overlooked trends of the last few decades.”

This gives the subject a direct connection to all of us. And more importantly, this subject demonstrates the Bible’s direct relevance to your life.

You can read that article here.