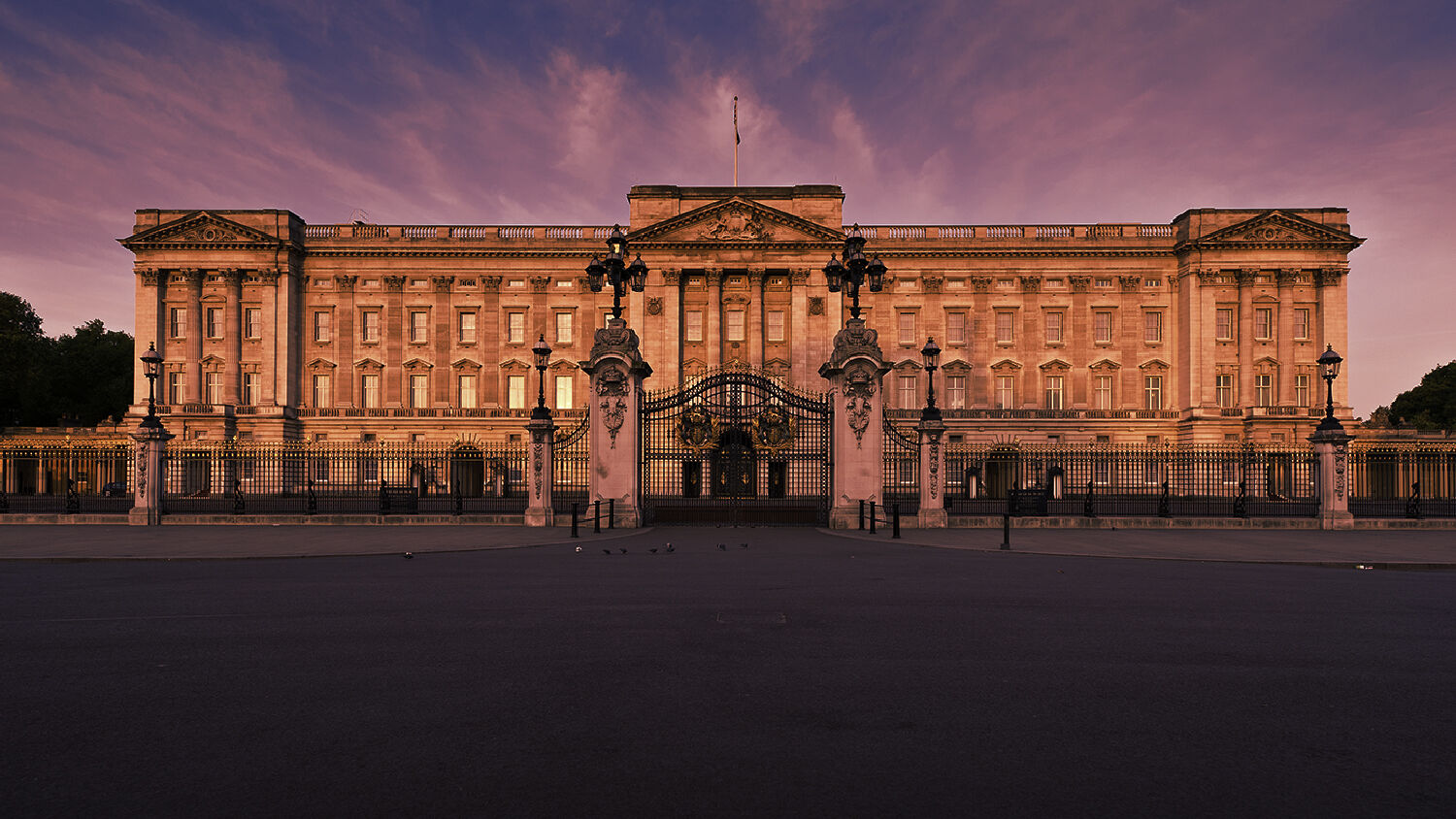 Prince Harry’s dramatic announcement has brought culture wars into the heart of the royal family.

Prince Harry and his wife, Meghan, announced last week that they would be stepping down as senior members of the royal family.

The Duke and Duchess of Sussex’s announcement has sparked a public crisis within the royal family. And the fallout could be massive.

Last week, Prince Harry laid out what he wanted to do: give up the money he receives from taxpayers, step back from his role as a “senior royal,” and be free to work for whatever businesses or charities he wants.

The trouble is, the money he’s giving up is estimated to be only around 5 percent of his income. He wants to keep the income he gets from his family’s large estates in the United Kingdom. He wants to keep the free home he lives in on the grounds of Windsor Castle, which taxpayers just spent £2.5 million (us$3.2 million) renovating. He wants the taxpayer to continue to fund his security—even while he makes that security much more expensive by spending most of his time abroad. And he wants to make money—but the only reason people would be willing to pay him large sums is because of his status as a member of Britain’s royal family.

In other words, he wants the perks of being royalty but not the responsibility.

He may want this, but it is unclear whether the other members of the royal family will agree. He made his announcement before ironing out the details with the Queen and Prince Charles. He is said to have defied a direct request from the Queen not to go solo on this. Royal insiders report that the Queen is not amused. “The Queen will be absolutely devastated by this,” said long-time royal reporter Phil Dampier. Her husband, the Duke of Edinburgh, is said to have been left “deeply hurt” by the “lack of respect” shown by Prince Harry and his wife.

So we seem set for something like unto a very public and angry divorce battle.

The Telegraph reported yesterday that Buckingham Palace fears that if Prince Harry does not get what he wants, “He and his wife could go public with damaging accusations.”

“I have some idea of what might be aired in a full, no-holds-barred, sit-down interview, and I don’t think it would be pretty,” wrote Tom Bradby in the Sunday Times.

Even without the interview, it is already not pretty.

Prince Harry and his wife are very close to important figures on the radical left in America. The Daily Mail reported on Friday that the Sussexes got advice on their break with the royal family from former United States President Barack Obama and his wife. The Mail wrote that the Sussexes want to “mimic the way they had managed to build a successful, but dignified, life for themselves after the White House.”

“In fact, it is fair to say that their star has soared since leaving the White House, particularly Michelle’s, and this is something Meghan admires very, very much,” the Mail quotes an aide saying.

By dramatically stepping down, the two were sticking “two fingers up at the racism of the British establishment,” the article states. In claiming that Meghan has been mistreated by the royal family because of racism, it certainly seems the Times is calling the Queen racist.

This was an op-ed piece, but the New York Times editorial board made clear where it stands. In an article titled “Good for Meghan and Harry,” the editorial board said the British press had subjected Meghan to “virulent racism.”

But there’s little evidence of any racism. Scour the headlines from her wedding to Prince Harry, and you’ll find little but excitement for the new royal bride.

‘Nasty racist British press had it in for Meghan from the start.’ pic.twitter.com/vdKfOC5BTh

But Meghan has played the victim—and not just the victim of the press. Several months ago, a reporter asked Meghan in tv interview how she was doing. She said that it has been a struggle, but she also told the reporter, “Thanks for asking, as not many people have.” The public accusation that the royal family doesn’t really care about her shocked many.

Friends and aides of the Sussexes have accused the royal family of having it in for them from the start. But the evidence is hard to see. “People had bent over backwards for them,” said one palace aide. “They were given the wedding they wanted, the house they wanted, the office they wanted, the staff they wanted, and had the backing of the family. What more did they want?”

The Sussexes’ declaration also undermines the very basis of the modern monarchy.

The royal family has a privileged position with a lot of money and support from taxpayers. At this point, that is uncontroversial. But a big reason why it is uncontroversial is that the Queen uses that privilege and support in service and duty. “I declare before you all that my whole life, whether it be long or short, shall be devoted to your service and the service of our great imperial family to which we all belong,” she said on her 21st birthday. Though her family has had some major problems, the Queen herself has generally worked to live up to this pledge.

The Queen hasn’t used her wealth and power to get wealthier or to travel the world to rub shoulders with celebrities. But if Prince Harry uses his royal position for himself and not to serve others, more will question whether Britain should even have a royal family.

In today’s Trumpet Daily Radio Show, host Stephen Flurry contrasted the Queen’s example of service with the more selfish worldview of her grandson:

Talk of duty and service were largely missing from the Sussexes’ statement. “The job of every royal family member is to support the Queen, to play second, third or fourth fiddle,” wrote Fraser Nelson in the Telegraph. It’s not a role Prince Harry is happy to play anymore.

The timing of this announcement is also particularly unsightly. The Queen is aging. Her husband has stepped back from public duties because of ill health and had to go into hospital last month. “To make the decision now, at a time when the family and the monarch needed the younger members to put aside personal animus, is in many ways unforgivable,” wrote Benedict Spence in the Telegraph.

Some of Prince Harry’s former colleagues in the Army are angry. James Glancy, a former captain in the elite Special Boat Service, said, “If Harry goes down this route of semi-privatizing his role, I wouldn’t raise a toast to him as he wouldn’t have my respect.” He said that others in the Army were “very upset, if not disgusted by the disrespect to the Queen by not discussing this.”

The monarchy was once a force for unity in the country, an institution that most, regardless of their politics, could get behind. The monarchy, in a very real and literal sense, brought the country together. It wasn’t a battle that forged the United Kingdom—it was the king of Scotland inheriting the throne of England that eventually led to the two unifying.

But now the throne has become a force for division. The same culture wars that have torn apart our universities, our politics and our media have arrived in the heart of the monarchy.

It is perhaps this that the Queen fears most about an independent Harry. Right now, you have a Brexit-voting, Conservative-supporting country. What if Prince Harry campaigns even more stridently for the other side, taking the stage behind Barack Obama and giving a “woke,” left-wing view. A country that has just shaken off a “deep state” attempt to block Brexit could be faced by a member of the royal family pushing that same agenda. How much division would that create?

The cover article for our September 2017 Trumpet magazine was “The Fall of the British Royal Family.” “What is wrong with Britain and the royal family?” asked Trumpet editor in chief Gerald Flurry. “This issue is far more important than people generally realize.”

In that article, Mr. Flurry lamented the decline of the royal family. Many of the royals have had troubled family lives—something we’ve been reminded of with all the media scrutiny of Prince Andrew and his relations with Jeffery Epstein. The family and the country have drifted away from biblical morality. Many of the young royals, including Prince Harry, have gotten behind causes that are anti-Bible.

The royal family, he explained, is in “rapid decline.” “God is already changing the way He deals with the royal family, which explains why 2017 has been so tragic so far,” he wrote.

At the start of 2020, it is becoming clearer than ever why.

God has a plan for a throne that unifies people, Mr. Flurry explained in his Key of David episode “The New Throne of David.” “It is going to unify the entire world,” he said.

He explained that this throne is “a monumental hope for this world …. But this truth can galvanize your life and fill you with joy and hope, as nothing else can! And I’m not just saying that. This is not a fantasy. You can do that, and it will work in your life.”

It is a throne completely devoted to service, and one that does its duty perfectly.

Britain’s royal family, far from bringing hope to the nation, is bringing more troubles and division. That throne has been hit with a series of crises that are bringing it rapidly into disrepute—exactly the way Mr. Flurry forecast nearly three years ago.

That the royal family should be hit by so many serious, once-in-a-generation-or-more-type crises just months after Mr. Flurry published an article about their “rapid decline” should cause us to look more deeply into what is happening here.

And it is worth looking. The latest news is not pretty. But behind it, God has a plan full of hope. This subject contains the solutions, not just for Britain’s problems, but for the whole world’s. It explains why the royal family is suffering from increasing troubles. It also reveals how God has very practical plans, right now, for a throne that brings hope to the whole world. You can learn more about this by requesting a free copy of Mr. Flurry’s book The New Throne of David.