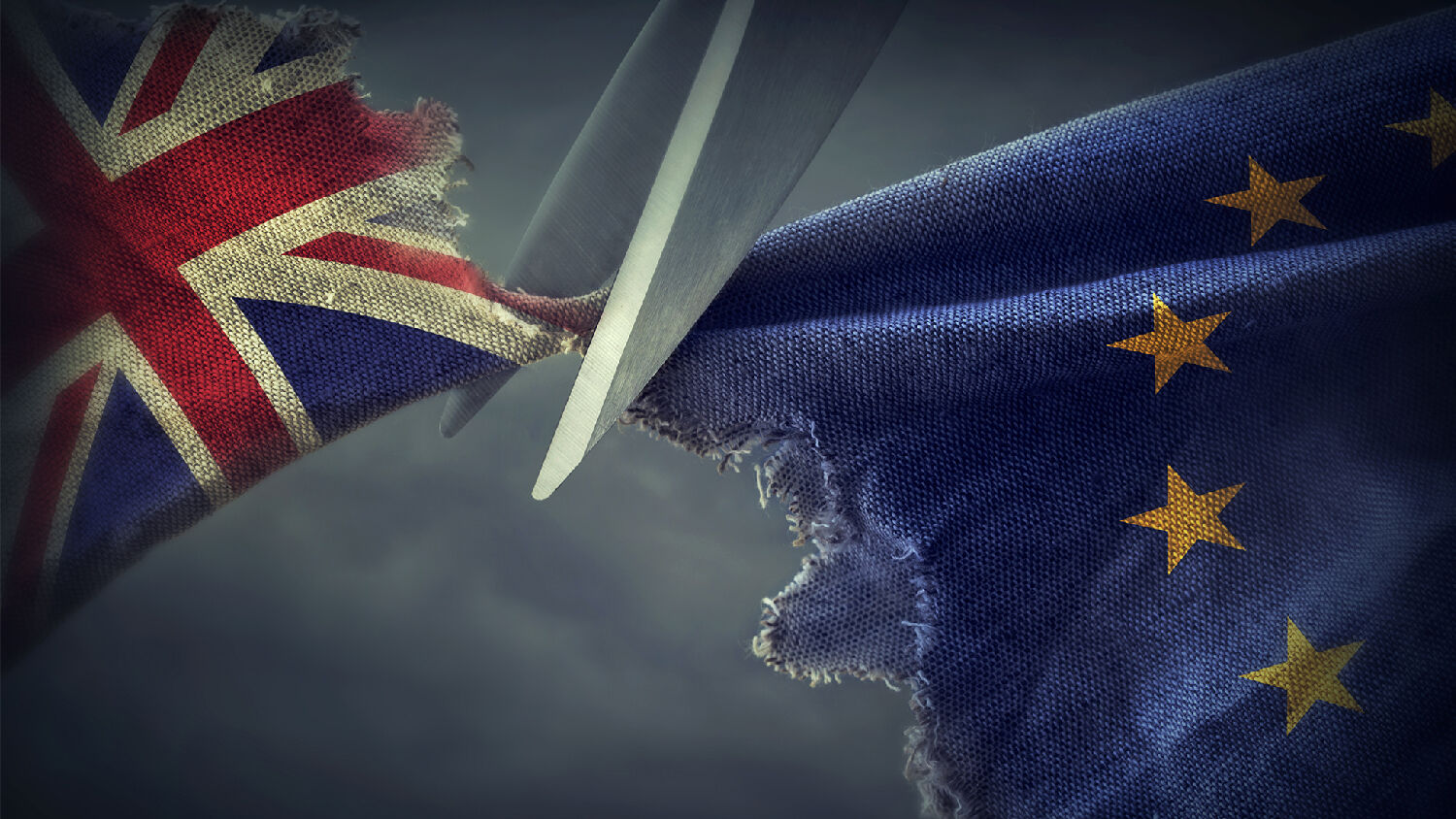 The latest phase of the Brexit war has come to an end. Parliament began its break yesterday without calling a general election.

Last week, the Labour Party promised it would support an election if its Brexit bill passed. The bill passed, but it still won’t support a vote.

“I want an election,” Labour leader Jeremy Corbyn declared last night. But, he said, “we are not prepared to risk inflicting the disaster of no deal on our communities.” In other words, he’ll go to the people, but only if he’s certain there’s no way the people can vote for a proper Brexit.

Remain forces hold a majority in Parliament. And they want a new referendum. But not a repeat of the June 2016 referendum, which simply asked if the public wanted to remain a member of the European Union or leave. Instead, they want to negotiate a deal with the EU, and then offer the public a choice between that deal, or remaining in the Union. In other words, the choice will be between remaining in the EU or sort-of remaining in the EU. Either way, Britain will remain subject to a German-led Europe. A proper Brexit won’t be an option.

Last night, opposition members of Parliament jeered and held up signs reading “Silenced” to protest the prorogation of Parliament. Their voice, they say, is being “silenced” because Parliament will be active for about five less days over the next month than it would have been without the break. But what about the 17 million people who voted for Britain to leave the EU? Their votes are on the verge of being overruled.

Right from the start of the Brexit referendum, the elites opposed it. Consider the number of powerful groups that wanted Britain to remain in the EU. They included:

Many of these leaders weren’t just opposed to Brexit; they forecast that if Britain left the EU an apocalypse would ensue. Mr. Cameron said that Brexit would be the “self-destruct option” for the country. The Treasury said a “No” vote would lead to an immediate recession and that the United Kingdom would lose half a million jobs. Then Chancellor of the Exchequer George Osborne said it would leave a £30 billion (us$37 billion) hole in the nation’s finances and require a tax increase. The government unveiled a poster saying Brexit would make households £4,300 ($5,300) a year poorer. Energy Secretary Amber Rudd said that Brexit would be an “electric shock,” causing electricity prices to skyrocket and Britain’s energy system to be vulnerable to attack by Russia.

And the risks weren’t just economic. Brexit could cause a “potentially catastrophic health-care worker shortage,” wrote GQ in the run-up to the vote. Experts at the Food Research Collaboration warned that food supplies “would be disrupted.” “The public is used to full supermarket shelves,” it warned, implying that would no longer be the case after Brexit.

Nor were the risks confined to the UK. One expert on cnn warned, “Lehman Brothers’ collapse could be as nothing compared to Britain leaving the European Union.”

Needless to say, none of those things happened. Britain’s unemployment levels since dropped to their lowest levels in modern times. Britain ended 2016 as the fastest-growing economy in the G-7.

But it showed the power of the opposition to Brexit. It looked like an easy victory for the Remain campaign. As polls closed on election day, even Nigel Farage, the key Brexit campaigner, conceded defeat.

Then the results trickled in.

The elites were horrified. I don’t think they would have allowed an election in the first place if they thought there was any chance they would lose. To them, it was a way to silence a noisy euroskeptic minority.

But now they had a problem. They couldn’t turn around the day after a referendum and say, “Actually it doesn’t count, we’re going to stay in the European Union.” So instead, they ran down the clock.

It was a plausible strategy. The EU has huge control over Britain. To leave the Union would take time, the elites argued. Britain hadn’t negotiated a trade deal since the 1970s. Building up those departments and lining up new deals would take time. Brexiters accepted the argument; the massive level of EU interference was why they voted for Brexit in the first place. They could wait if it meant doing Brexit properly.

So time moved on, and Britain got a new prime minister (Theresa May), who campaigned for remain, but said that she would honor the outcome of the referendum. After a few months, fresh elections were held. Remain-supporting M.P.s now had to go back to their Brexit-supporting candidates.

If these M.P.s came out and said, “We thought Brexit was wrong and we’ll work to undo it,” they would be thrown out by the voters. Previously, remainers, such as Labour’s Yvette Cooper, said that if Britain turns its back on Brexit, we will “become a country that no longer respects democratic values.”

“We didn’t go into the referendum saying, ‘I want you to vote remain but to be honest no matter how you vote I’m going to ignore you,’” she said. “It was fought in good faith and nobody said, ‘Well you know what, I’m just not going to respect the result afterwards’—that’s the kind of thing that Donald Trump says.”

Then Conservative candidate Heidi Allen said: “We might not all like the result, I was a remainer, but the minute we start ignoring the democratic will of the people in this country, we are slipping very quickly towards the kind of banana republic I don’t want to live in. So, we have to accept the result.”

“I was a remainer, but the EU ref result is final and cannot be rerun,” she tweeted.

And yet, even they are now supporting a second referendum. These are just two examples among a great many people who previously said it would be undemocratic to not honor the vote, but now are supporting that very thing. A lot of these politicians wouldn’t be in office if they had said in 2017 what they are saying now.

Television screens are full of people who in 2016 said there would be only one referendum, but who are now demanding a second referendum. Before the vote, Britain Stronger in Europe, the official campaign in favor of remaining in the EU, tweeted, “There are no 2nd chances or re-run. So register to vote.” After the referendum, it rebranded itself as The People’s Vote and began campaigning for a rerun.

Elites in Britain are showing exactly the same attitude as elites in the United States.

“Before the last presidential election, these people just knew they would win,” wrote Trumpet editor in chief Gerald Flurry. “They think they are destined to ‘rule the universe’! In most cases, they are not elected officials, nobody voted for them, but they consider themselves the only ones qualified to govern. They cannot believe a ‘barbarian’ like Donald Trump became president, and they cannot take it! So they must overthrow him.”

In the UK, they cannot believe that the barbarians voted for Brexit. So they must overturn the result.

“These individuals do not feel bound by the [U.S.] Constitution—the supreme law of the land! They have no respect for our Bill of Rights, which safeguards our freedom of speech and freedom of religion and protects us from governmental overreach,” he wrote.

The same is true in the UK, where House Speaker John Bercow said, “I am not in the business of invoking precedent, nor am I under any obligation to do so.” Britain has no written constitution—being guided by precedent is, in many ways, our constitution. But Mr. Bercow has shown repeatedly that he’s willing to bend those rules if it helps stop Brexit. He announced yesterday that he would be stepping down from his job. But pro-Brexiters suspect he was merely jumping before he was pushed, timing his departure so that he can make sure his successor is similarly anti-Brexit.

In the last few weeks this has been exposed more than ever. The end-game of the anti-Brexiters is finally out in the open—a referendum in which a proper Brexit won’t even be an option. With Prime Minister Boris Johnson pushing hard for Brexit, it’s also clear who is on which side. The battle lines are exposed.

It is hard for some to understand the level of lying and deceit surrounding the anti-Brexit campaign. The truth is, there is an unseen spiritual reality at play here.

“That this is a rebellious people, lying children, children that will not hear the law of the Lord,” God says in Isaiah 30:9. Officials have made a huge number of statements about Brexit in the lead-up to the referendum that have turned out to be false. They have promised to respect the results of the referendum, before working to overturn it. They voted in Parliament to get Britain out of the EU, and are now grasping at constitutionally dubious ways to stop Brexit. They don’t respect the law of the land, let alone the law of God.

Where does all this come from? In his article, Mr. Flurry wrote:

What is behind this spirit of lawlessness? As I write in my booklet America Under Attack, it is actually an evil spirit being that is trying to destroy the country! Satan the devil has been cast down from heaven, and he and his demons are confined to this Earth (Revelation 12:9, 12). You see his growing influence in the partisan division, lying and deceit, anger and hatred, contempt for authority, and lawlessness!

Satan’s malevolent influence is in our faces every day, yet most people are blind to it. In most cases, they have no idea of the power they are dealing with! So what chance do they have to resist it—unless God intervenes to help them in some way?

“God loves America and Britain—the modern-day descendants of biblical Israel,” he wrote. “He is correcting and punishing our nations to try to turn us from our sins.” God allows Satan to attack our nations to punish us, and to turn our nations to God—to enable us and the whole world to receive abundant blessings.

The book of Revelation describes a beast that worships Satan (Revelation 13:4). It describes a political empire that Satan has repeatedly deceived and used to his own ends—to persecute true Christians, spiritual Israel, and to attack the physical nations of Israel, modern-day Britain and America.

Satan is raising this power to attack America and Britain. At the same time, he is working through lawless people in the U.S. to weaken America, and through elites in Britain to keep the nation locked in to his empire.

But the good news is, there is a God in control of all of this. He allows Satan’s attack. At times, He even temporarily saves our nations from those attacks. He has a plan to bring Britain, America, Europe and the whole world to Him.

To understand more about this plan, please read our free book The United States and Britain in Prophecy, by Herbert W. Armstrong.