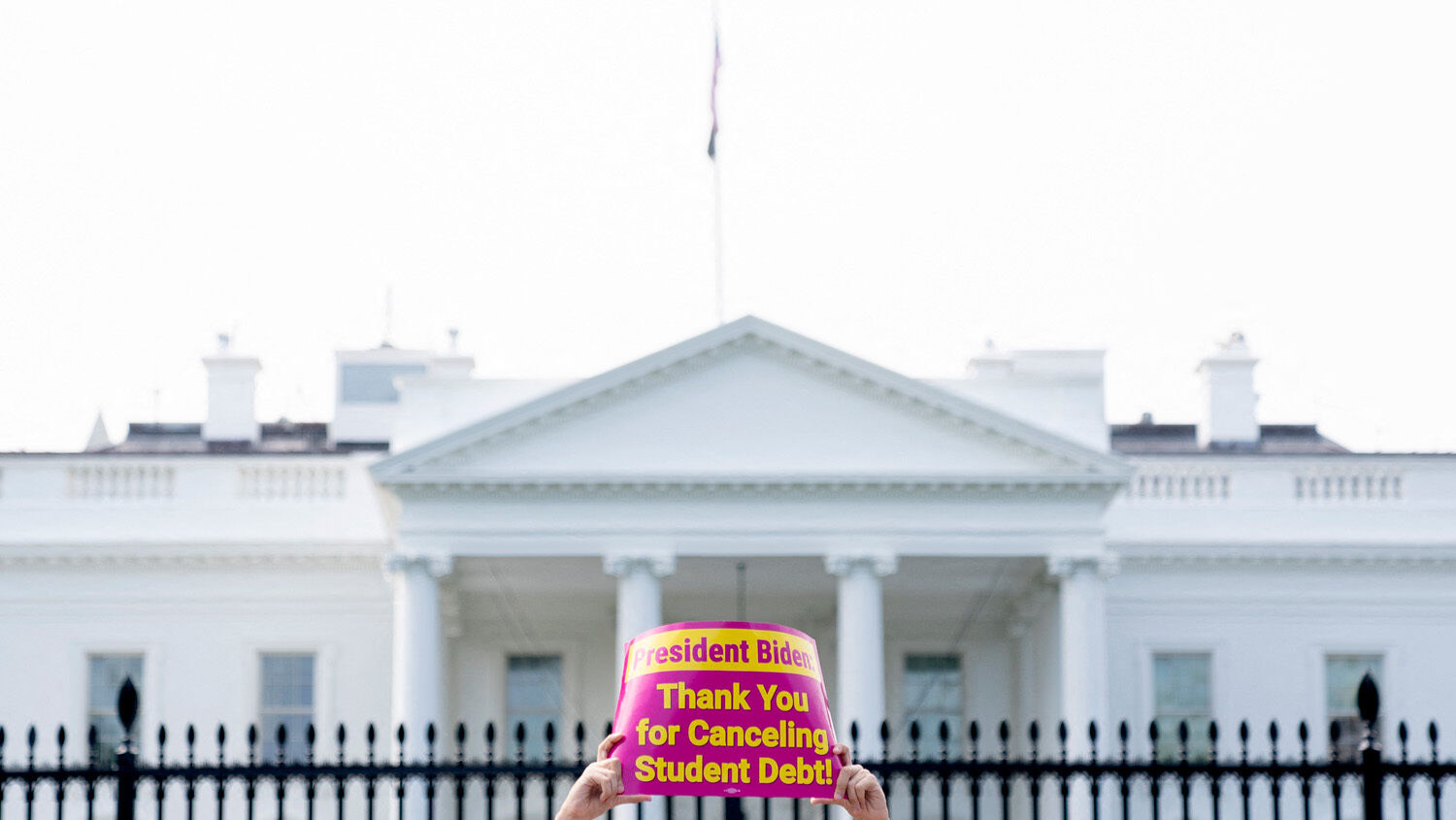 Ancient politicians bought citizens’ votes with cheap food and entertainment. Yet even though this practice contributed to the decline and fall of the Roman Republic, modern politicians still use it. On August 24, Joe Biden announced that the government would forgive $10,000 in student loan debt for those earning less than $125,000 per year and $20,000 for those who had received Pell grants for low-income families. So, 43 million borrowers could soon see their student loans dramatically reduced, and many will no doubt show their appreciation by voting for the Democratic Party.

An Economist-YouGov poll indicates that a slim majority supports Biden’s debt forgiveness initiative even though it will lead to tax hikes and inflation. The Committee for a Responsible Federal Budget estimates Biden’s plan will cost $500 billion over the next decade. The government will initially tack this spending onto America’s $30 trillion national debt. Yet eventually, it will have to raise taxes and sell bonds. The cost of hiking taxes will be about $3,100 per taxpayer, while the cost of selling bonds will likely increase inflation by 0.15 to 0.27 percent at a time when inflation is already at a 40-year high.

The Wall Street Journal described Biden’s “half-trillion-dollar student-loan forgiveness coup” as “an abuse of power that favors college grads at the expense of plumbers and FedEx drivers.” Yet the Biden administration knows those with degrees tend to vote Democrat, while those without degrees tend to vote Republican. The student loan forgiveness plan is a ploy to buy votes before the midterms.

The fall of the Roman Republic illustrates why such ploys are dangerous.

“Rome rose to greatness on the pillar of strong personal character,” wrote Larry Reed of the Foundation for Economic Education in “Are We Rome?” “It floundered when its people sacrificed character for less noble things like power and the false, temporary ‘security’ of a handout. … In the waning years of the Roman Republic, a rogue named Clodius ran for the office of tribune. He bribed the electorate with promises of free grain at taxpayer expense and won. Thereafter, Romans in growing numbers embraced the notion that voting for a living could be more lucrative than working for one. Candidates for Roman office spent huge sums to win public favor, then plundered the population afterwards to make good on their promises to the rent-seekers who elected them. As the republic gave way to dictatorship, a succession of emperors built their power on the huge handouts they controlled. Nearly a third of the city of Rome itself received public relief payments by the time of the birth of Christ.”

America today is in a similar situation. Millions do not want to repay their loans for their degrees. Hence, they vote for those who will force America’s 160 million taxpayers to pick up their tab. And student loan forgiveness is only a tiny part of America’s overall entitlement addiction problem.

The Congressional Budget Office estimates that more than half of American households receive more in government benefits than they pay in taxes. This problem is a proven path to disaster. Once a nation gets to the point where the majority of its people receives more in benefits than it pays in taxes, voters start electing demagogues with the power to confiscate wealth by force. The result is that individuals first surrender their freedom and then lose their county after their government goes bankrupt.

American historian Henry Haskell described this tragic turn of ideas in his book The New Deal of Old Rome: How Government in the Ancient World Tried to Deal with Modern Problems. “Less than a century after the republic had faded into the autocracy of the empire, the people had lost all taste for democratic institutions,” he wrote. “On the death of an emperor, the Senate debated the question of restoring the republic. But the commons preferred the rule of an extravagant despot who would continue the dole and furnish them free shows. The mob outside clamored for ‘one ruler of the world.’”

In the early days of the Roman Republic, people looked to themselves as their chief source of income. As the Republic grew and expanded, people abandoned self-responsibility and started voting themselves benefits. The resulting increase in the tax burden imposed on those who continued to produce led to the rise of a dictator and the eventual collapse of the Roman Empire.

The late Herbert W. Armstrong also drew parallels between the collapse of Rome and the prophesied collapse of America. “Just before Rome collapsed, there was a rapid increase in taxes,” he wrote in 1956. “Rome had grown fat and prosperous; and people sought leisure, less work, more play, idleness, and as they shirked worked, they began to look to the government to provide. Today, we call it doles, relief, pensions and government aid. When any nation begins to look to its government to provide, that nation is on a greased toboggan-slide to decay and oblivion. It brought about the fall of Rome. It brought about the fall of proud Babylon long before. And it’s bringing about the fall of America today.”

The problems Mr. Armstrong observed in the 1950s have worsened in the years since then. Yet he knew this would happen because his analysis was based on more than just a sound knowledge of history and economics. In the same article where he quoted Edward Gibbon’s Decline and Fall of the Roman Empire, he cited the Bible. Specifically, he referenced a prophecy in Ezekiel 5:12 that says, “A third part of thee shall die with the pestilence, and with famine shall they be consumed in the midst of thee ….”

This prophecy is about the end-time descendants of Israel (which Mr. Armstrong proved are the modern-day American and British peoples; read his landmark book The United States and Britain in Prophecy). This means that Ezekiel 5:12 is about a third of the American and British people dying because of pestilent conditions like rioting, looting, urban warfare, supply chain collapse and resulting famine. It’s hard to imagine such conditions in the most prosperous economy on Earth. Still, government spending is driving the nation to the point where its currency will be worthless.

For more information on why character means everything to the success and prosperity of a nation, please request a free copy of Character in Crisis by Trumpet editor in chief Gerald Flurry.