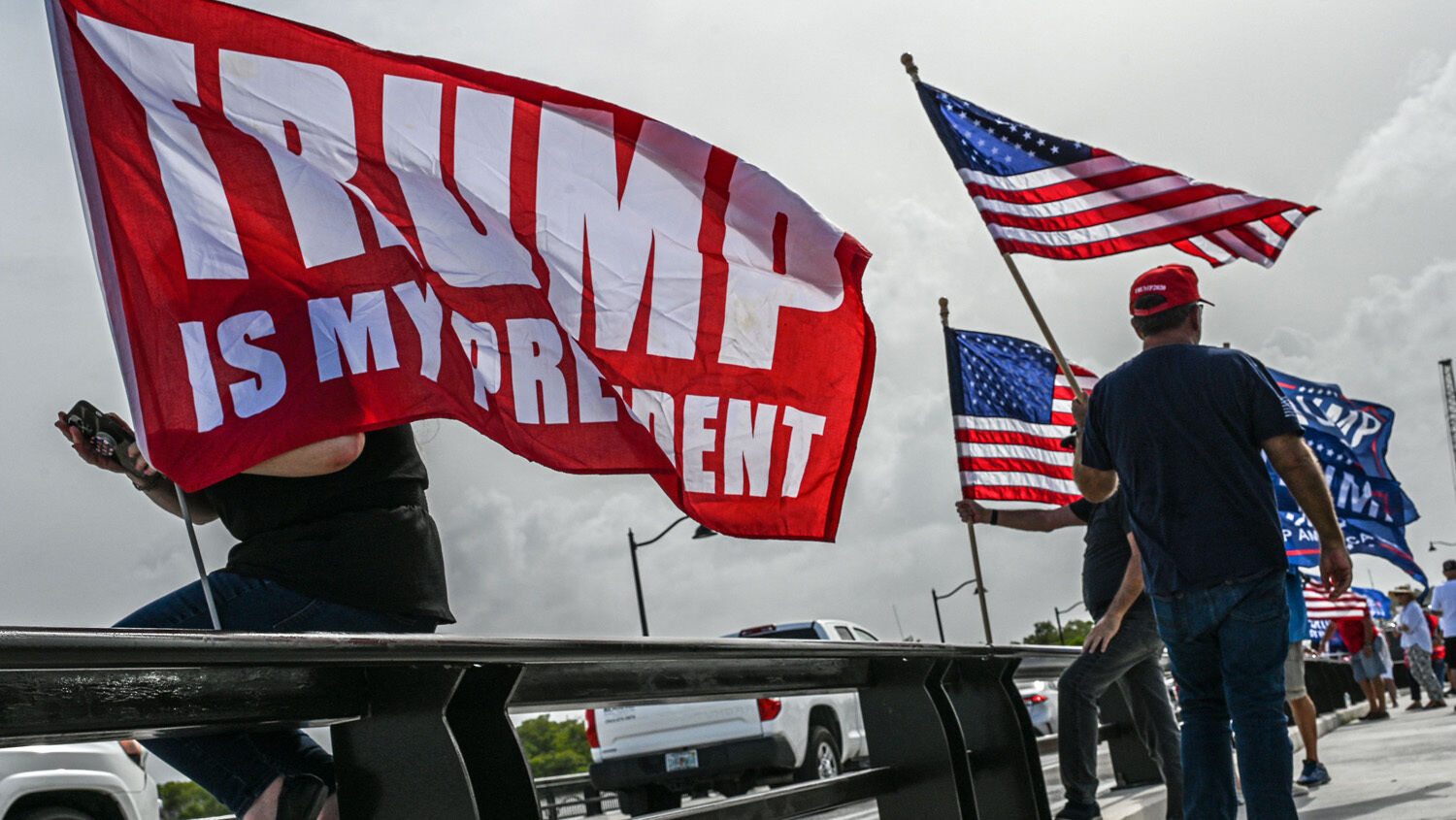 Supporters of former US President Donald Trump gather near his residence at Mar-A-Lago in Palm Beach, Florida, on August 9, 2022.
GIORGIO VIERA/AFP via Getty Images

Weaponizing federal agencies against political opponents is how you start a war.

For the first time in history, the Federal Bureau of Investigation raided a president’s home. This raid on Donald Trump’s Mar-a-Lago residence takes the nation deep into uncharted territory.

The warrant authorizing the fbi to search Trump’s home was allegedly written so that federal agents could retrieve classified documents still in President Trump’s possession. Yet even many liberals are skeptical of this explanation. The fbi ended up seizing a birthday party menu, a cocktail napkin, a list of telephone numbers and items best described as memorabilia from the Trump administration. This appears to be a politically motivated raid fishing for any dirt they can find on Mr. Trump.

Since only ironclad evidence of a severe crime could justify such an unprecedented fishing expedition, that makes this raid a politically motivated, “deep state” attack on a former White House occupant. President Trump noted that such “an assault could only take place in broken, Third World countries.” Some of his supporters said it looks like a prelude to war.

“A day after the fbi’s raid on former President Donald Trump we are starting to see what a permanent national split looks like,” stated Fox News analyst Will Cain. “Nobody wants to say it out loud, but it’s true. And this is not simply a break between Democrats and Republicans. No, that’s too simple. What we are seeing is a divide between people who are willing to use the power of the state to silence their opponents and those who are not willing.”

President Trump has accused Democrats of stealing the 2020 presidential election via fraudulent mail-in ballots, so these same Democrats want to use the state’s power to silence him. Attorney General Merrick Garland must have anticipated that raiding the home of an American president on a flimsy excuse like upholding the National Archives and the Presidential Records Act would anger many Americans. So why was antagonizing Trump supporters into protesting part of the plan?

“With many Trump-backed candidates prevailing in midterm elections, the Democrats needed to return the former president and his supporters to pariah status,” wrote the Federalist’s senior legal correspondent Margot Cleveland in an August 11 editorial. “What better way than to raid his house and prompt an outburst? After months of the January 6 show trial framing ordinary conservatives peacefully rallying in D.C. as complicit in the violence that occurred at the Capitol, any Trump-related protest will play as fomenting violence. And the media cartel will be all too willing to convert conservative rallies into ‘mostly violent protests’ no matter how peaceful they are. Nor would it be beyond the fbi to target true anti-government extremists and entice them to engage in violence, with the corrupt press then convincing the country they represent conservatives. Such a theory might seem far-fetched, but a jury already found that the fbi had entrapped at least two innocent Michiganders, using a paid fbi informant to induce them to plot to kidnap Gov. Gretchen Whitmer.”

If this is the case, the fbi’s raid on Mar-a-Lago seems to have backfired. The agents who broke into President Trump’s safe found nothing more incriminating than a cocktail napkin, and Trump supporters have not taken to the streets in protest. Yet millions are waking up to the reality that the Biden administration is becoming a militarized police state with the power to silence its opponents.

“The terrifying fact here is that if the deep state can crucify a former president, then no one is safe,” wrote British journalist Richard Littlejohn. “Curiously, if this ham-fisted raid was intended to destroy what was left of Trump’s credibility, it has backfired spectacularly. … Even those who are by no means Trump fans have been horrified by the overreach of the fbi, the Justice Department and the Democrat establishment.”

A Yahoo News–YouGov poll of 1,672 U.S. adults conducted from July 8 to 11 found that 33 percent of red-state Trump voters now believe they would be better off if their state seceded from the U.S. and “became an independent country.” This is a statistic that will likely grow as the Biden administration relies on militarized federal agencies to prosecute its conservative political opponents.

As Will Cain noted, America is going through a divorce, and outright secession of some states is possible.

In “What Will Happen After Trump Regains Power,” Trumpet editor in chief Gerald Flurry explained that Donald Trump was the legitimate winner of the 2020 election. He further said that the Bible prophesies Trump’s return to power, yet he “will have to fight for it. It doesn’t have to be military action, but it certainly could. President Trump could also lead some states to secede from the union.”

The fbi is now acting as a Praetorian Guard protecting the Biden regime and prosecuting its opponents. So all those predicting a civil war are not agitators. Many are realists who understand that the Biden administration probably won’t let America have another free and fair election without a fight. So could President Trump lead some states to secede? It is a distinct possibility.

These sobering forecasts are based on Bible prophecy. Mr. Flurry explained that President Trump is a type of King Jeroboam ii. 2 Kings 14:26-28 state: “For the Lord saw the affliction of Israel, that it was very bitter: for there was not any shut up, nor any left, nor any helper for Israel. And the Lord said not that he would blot out the name of Israel from under heaven: but he saved them by the hand of Jeroboam the son of Joash. Now the rest of the acts of Jeroboam, and all that he did, and his might, how he warred, and how he recovered Damascus, and Hamath, which belonged to Judah, for Israel, are they not written in the book of the chronicles of the kings of Israel?”

God used President Trump to save America from the forces seeking to destroy it six years ago, but the campaign to transform America from a free republic to a Communist dictatorship is stronger than ever. President Trump will have to fight to recover the office stolen from him during the 2020 presidential election and preserve the American republic. To understand these prophecies, please order a free copy of our significantly expanded book America Under Attack, by Gerald Flurry.