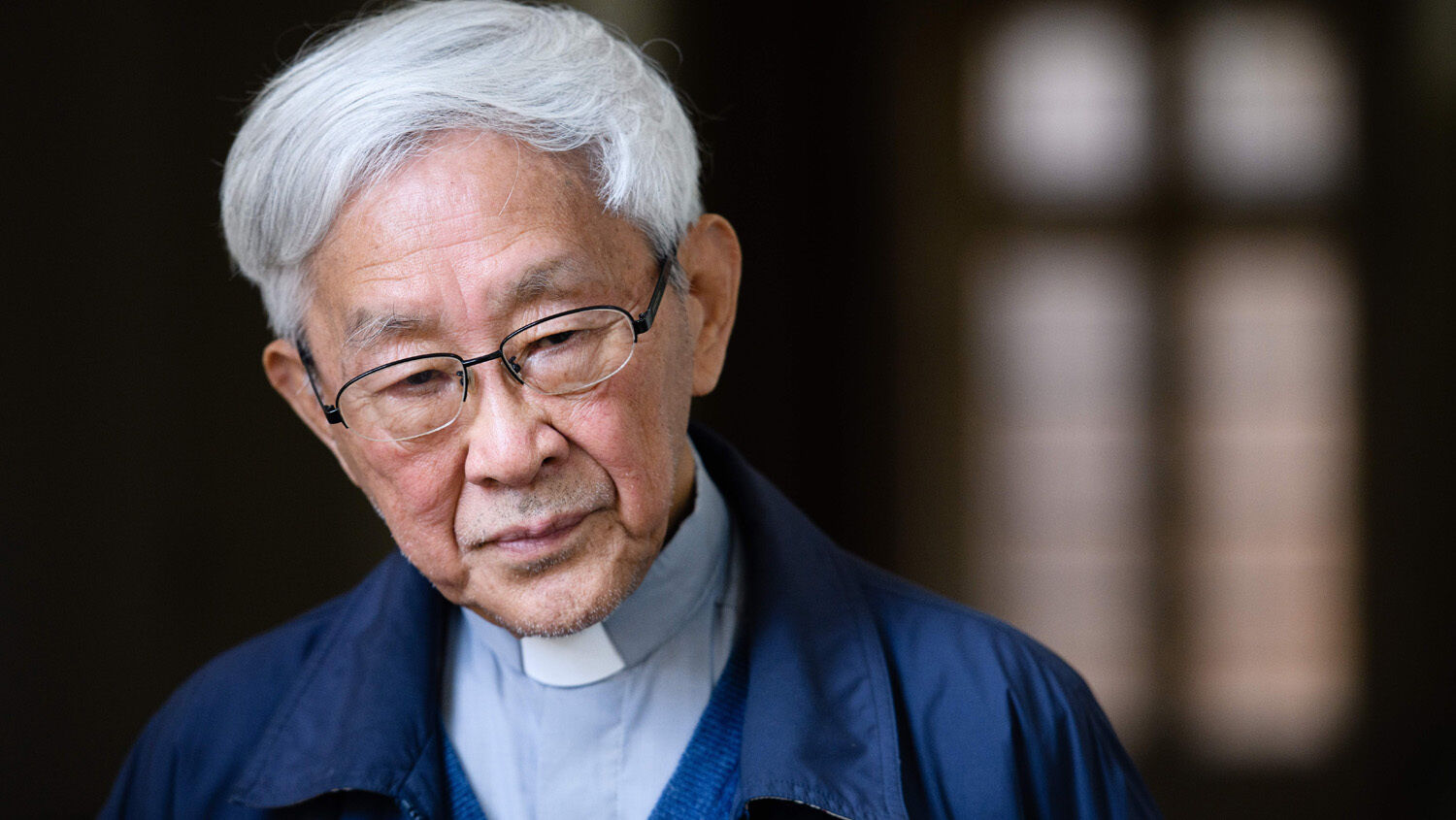 A cardinal who compared the Vatican’s concordat with China to a deal with Adolf Hitler has just been arrested. Yet Pope Francis does not seem to care.

The most senior Catholic cleric in China delivered a sobering warning five years ago. When news broke that the Vatican was negotiating a secret concordat to give the Chinese Communist Party a role in appointing Catholic bishops, Cardinal Joseph Zen warned that the deal would be “betraying Jesus Christ.”

“Maybe the pope is a little naive; he doesn’t have the background to know the Communists in China,” Zen told the Guardian Unlimited in November 2016. “You cannot go into negotiations with the mentality ‘we want to sign an agreement at any cost,’ then you are surrendering yourself, you are betraying yourself, you are betraying Jesus Christ. If you cannot get a good deal, an acceptable deal, then the Vatican should walk away and maybe try again later. Could the church negotiate with Hitler? Could it negotiate with Stalin? No.”

Yet despite Zen’s warning that a concordat would only empower Chinese Communists to persecute Catholics more severely, the Vatican signed a historic agreement in September 2018. Almost immediately, police began arresting Catholics who refused to join the Chinese Patriotic Catholic Association that China’s Politburo uses to control Chinese Catholics. So Cardinal Zen went to Rome to talk to the pope. Yet Francis refused to see Zen. He was worried that even speaking to him would upset the Chinese Communist Party.

Cardinal Zen returned to Hong Kong, and the Vatican renewed its concordat for another two years in October 2020. Meanwhile, China’s crackdown on Catholics has grown so severe that police from the National Security Department arrested Cardinal Zen on May 11, charging him with “collusion with foreign forces.” He was released on bail but may be further detained if official charges are levied against him at his court hearing.

The White House called for Zen’s immediate release. Civil rights advocates worldwide condemned Zen’s arrest as a perfect example of how China is turning Hong Kong into a police state. Yet the Vatican did not protest the arrest. Instead, Vatican Secretary of State Cardinal Pietro Parolin merely said that he was sorry to hear about Zen’s arrest and hoped it would not complicate the Vatican’s dialogue with China.

The Vatican’s lack of outrage at Zen’s arrest should concern the world. The concordat the Vatican signed with China is not all that different from the terms of the Reichskonkordat it signed with Adolf Hitler’s Third Reich in 1933. The pope’s lack of concern over Zen’s fate is a chilling sign that he cares more about political relationships with the Chinese government than about Chinese Catholics’ well-being.

As British political economist Rodney Atkinson wrote to the late Trumpet writer Ron Fraser in 2013, “Imperial politics rather than the religion of the Roman Catholic Church have been its critical characteristic.”

This truth explains why Pope Francis is willing to betray Chinese Catholics in return for diplomatic relations with the Chinese Communist Party. He wants to remake the world’s economy, and Vatican officials point to Communist China as the “best implementer of Catholic social doctrine.” Pope Francis has a vested interest in helping China remake the world economy, and outspoken cardinals like Zen are in his way.

The pope often rails against American capitalism while he deals with socialist dictatorships. Suppose he wanted to defeat the United States. He would need to convince Catholic nations across Africa, Europe and Latin America to adopt a more socialist way of running their economies. And what better way to accomplish this than a concordat with the world’s leading Communist economy?

Biblical passages such as Revelation 17 reveal that a powerful religious entity will rise in the end time and become the guiding force over a great economic powerhouse that intoxicates all nations with its wealth and splendor. Revelation 18:3 says, “[T]he merchants of the earth have become rich through the abundance of her luxury” (New King James Version). Notice that these merchants are active not only in Europe and Latin America—they are merchants of the Earth doing business in all nations.

The late Herbert W. Armstrong explained in his booklet Who or What Is the Prophetic Beast? that the religious entity referred to in Revelation 17 and 18 is headquartered in Rome. So atheist China will not lead the world’s new economic order. But atheist China will ally with a revived Holy Roman Empire to replace the current Anglo-American economic system.

The people of Rome once referred to the Chinese as the people of Cathay, after the Khitans in northern China. Both the Old Testament books of Isaiah and Ezekiel refers to these people as Kittim. Kittim forms an end-time trade relationship with Tyre, referring to the commercial heart of the Holy Roman Empire (Isaiah 23; Ezekiel 27).

Anyone concerned about the type of deals the pope is making with totalitarian dictatorships needs to read “Building Toward a World Catastrophe,” by Trumpet editor in chief Gerald Flurry. It explains the soon-coming alliance between Catholic Europe and Communist China. Both powers are prophesied to be instrumental in America’s downfall.