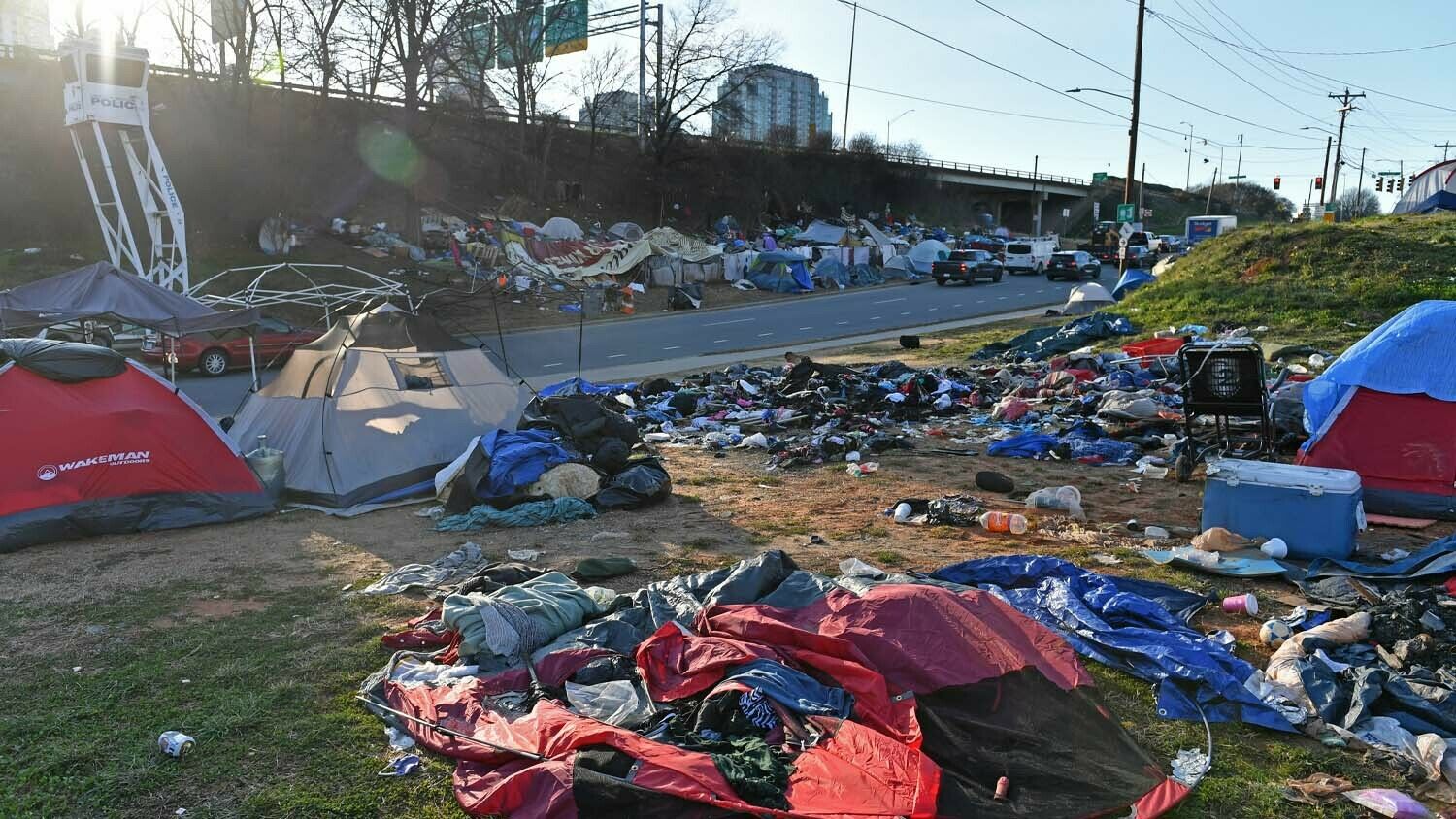 Homelessness and unemployment are prophesied to get much worse.

Homeless encampments are popping up in cities across the country. In San Francisco, local officials counted 649 tents at the beginning of the covid-19 pandemic. Now, they estimate the number of tents at more than 1,400 citywide. The story is similar in Boston, Los Angeles, New York City, Philadelphia, Portland, Reno and Seattle. The overall homelessness rate in America has only risen 2 percent during the covid-19 pandemic, but it may rise more now that the eviction moratorium is ending. The big reason tent cities are spreading is that America’s homeless shelters are social distancing. This means shelters cannot accept many people, so those turned away are sleeping in the streets, in doorways, under overpasses and in tents rather than in designated shelters.

A Housing and Urban Development report found that “2020 marks the first time since data collection began that more individuals experiencing homelessness were unsheltered than were sheltered.”

And the people living in these tent cities are not limited to beggars with a shopping cart. Washington Post journalist Petula Dvorak noted that one homeless encampment in Washington, D.C., included ironing boards, easy chairs, queen mattresses, grills, a dining room table with upholstered seating, a decorative globe displayed on a milk crate, and a Queen Anne highboy dresser, angled as though it were a master bedroom just outside the tent. Many of these people are clearly new to sleeping outside.

Federal officials tried to mitigate the homelessness crisis they caused with their draconian lockdowns and social-distancing policies by imposing an eviction moratorium, saying that landlords could not evict tenants for not paying their rent. Now that this unconstitutional eviction moratorium is ending, Goldman Sachs estimates that 3.5 million people could lose their homes. Undoubtedly some of these people will soon be moving their highboy dressers into a homeless encampment.

A shocking amount of feces, urine and needles have been collected from tent cities, raising concerns that these encampments will spread disease and drugs to surrounding areas. Some have compared them to the shanty towns that sprung up during the Great Depression. But these analysts do not realize that the Bible prophesies hard times will get much worse than during the Depression.

The late Herbert W. Armstrong founded the Plain Truth magazine in 1934, during the Great Depression. But even before he founded this magazine, he wrote an article for The Messenger of Truth in 1931 titled “Who Is to Blame for the Hard Times?” His article revealed that mass unemployment is actually prophesied. Of course, Mr. Armstrong did not yet realize the Great Depression was really only a dress rehearsal for the prophesied depression to come, but the scriptures he quoted still apply. He wrote:

[Zechariah 8:7-9] is describing a yet-future time when the Lord will take His people back to Jerusalem, and they shall be His people and He will be their God. Then, beginning with [verse 10], we read: “For before these days there was no hire for man, nor any hire for beast; neither was there any peace to him that went out or came in because of the affliction: for I set all men every one against his neighbour.” So, clearly, the God of heaven knew and declared to us more than 2,000 years ago through His Prophet Zechariah that in these anxious days just shortly before the reestablishment of His reign over His people at Jerusalem, there would be general and widespread unemployment. Never before has there been such general and worldwide unemployment. It affects every country upon Earth.

This prophecy describes unemployment (“there was no hire for man”) and civil strife (“for I set all men every one against his neighbour”). A prophecy in Isaiah indicates that just before Jesus Christ’s return, sinful behavior among Americans will lead to a revolution so devastating that no one will want to lead: “And I will give children to be their princes, and babes shall rule over them. And the people shall be oppressed, every one by another, and every one by his neighbour: the child shall behave himself proudly against the ancient, and the base against the honourable. When a man shall take hold of his brother of the house of his father, saying, Thou hast clothing, be thou our ruler, and let this ruin be under thy hand: In that day shall he swear, saying, I will not be an healer; for in my house is neither bread nor clothing: make me not a ruler of the people. For Jerusalem is ruined, and Judah is fallen: because their tongue and their doings are against the Lord, to provoke the eyes of his glory” (Isaiah 3:4-8). This describes a time when everyone is oppressed, and it will be hard to find food or clothing.

God does promise to pass by America one last time to give the nation a chance to repent (Amos 7:8), but this window of time will not stay open long. To understand what God wants Americans to learn from the devastating economic effects resulting from their current lack of leadership, read “America Has No Helper” and “What Will Happen After Trump Regains Power,” by Trumpet editor in chief Gerald Flurry.