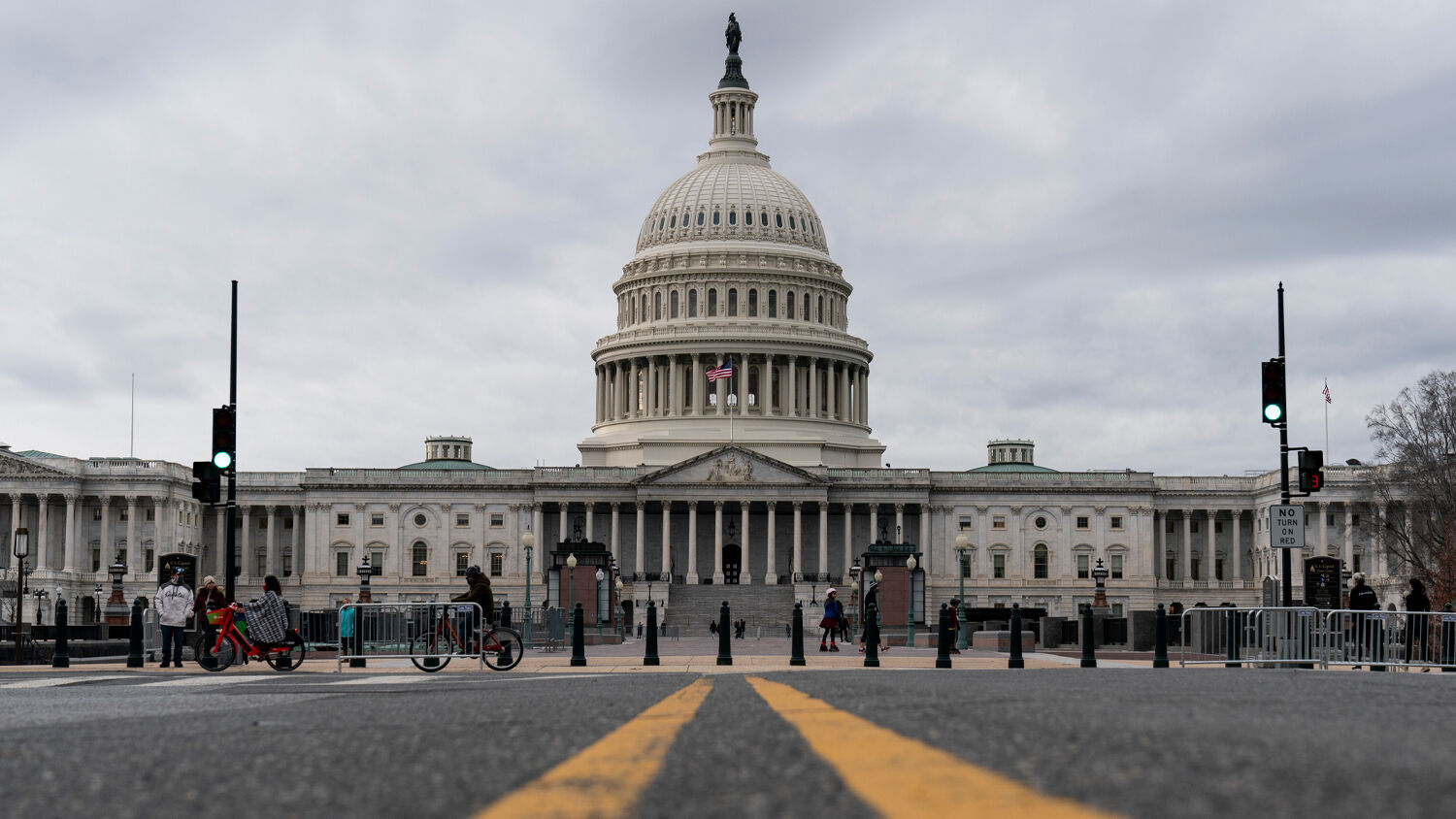 An organized host is working behind the scenes to enact some radical policies.

Radical Democrats have an ambitious plan for fundamentally transforming the United States of America. They want to pass an Equality Act that targets the Bible with provisions that erase any legal allowance for differences between men and women. They want to pass a Green New Deal that would convert the nation into a Venezuela-style socialist state by nationalizing the energy and health-care industries in the name of environmentalism. They want to pass gun control legislation that would deprive law-abiding citizens of their constitutional right to defend themselves. And they want to pass a For the People Act making it possible for progressives to steal every future American election.

Yet the Democrats’ agenda is being hindered by a senatorial procedure called the filibuster.

The filibuster permits a senator to prevent a measure from being brought to a vote by speaking for as long as he wants on any topic. Thus, Republicans can filibuster any proposal they think is too radical, and the only way to stop them is for 60 out of 100 senators to vote to bring the filibuster to a close.

But if Democrats could get rid of the filibuster, they could pass any legislation they want. Both parties’ control 50 senate seats, so Vice President Kamala Harris would be the tiebreaker.

This is why Donald Trump warned Republicans that abolishing the filibuster would be disastrous. During an interview on “The Truth With Lisa Boothe,” he discussed Senate Minority Leader Mitch McConnel, saying, “Look, he’s hanging by a thread right now with respect to the filibuster. … If they get rid of the filibuster, if they knock it out, it will be catastrophic for the Republican Party.”

Knocking out the filibuster is exactly what progressive activists are trying to do.

Business records show that one of the radical left’s most powerful dark money networks is leading a campaign against the Senate filibuster. The Fix Our Senate campaign is steering a coalition of 60 progressive groups to eliminate the filibuster, and it is doing it with money from some of the nation’s wealthiest liberal donors. This campaign is a project of the Sixteen Thirty Fund, which is a nonprofit incubator managed by Arabella Advisors—a secretive donor club founded by Clinton administration alumni and dedicated to financing a myriad of progressive causes.

Fix Our Senate and the Sixteen Thirty Fund are powerful tools for radical leftists because they are nonprofit organizations that do not have to disclose their donors or file tax forms that would expose their financial activity. Instead, they use “dark money” to influence public policy without telling voters who is paying them. Financial records show that the Sixteen Thirty Fund spent over $61 million last year pushing for sweeping gun control measures, radical environmental policies, socialized medicine, open borders, and other causes, but its donor list remains anonymous.

Arabella Advisors is a for-profit company that advises liberal dark money networks on where their money can be used most effectively. It manages over $700 million in dark money each year.

In addition to financing policy changes, like ending the filibuster, liberal dark money networks also finance political campaigns. A report from Bloomberg News reveals that Joe Biden benefited from a record-breaking amount of donations from anonymous donors. His campaign received $145 million in dark money donations. That tops the $113 million received by Republican nominee Mitt Romney in 2012.

During the 2020 elections, Democrats received more than $514 million in dark money, over double what Republicans received. Some have called Biden the nation’s “first dark money president.”

This should concern anyone who believes in constitutional government. Former congressional aide Mike Lofgren wrote in 2016 that the U.S. was being taken over by shadow government.

“There is the visible United States government, situated in imposing neoclassical buildings around the Mall in Washington, D.C., and there is another, more shadowy and indefinable government that is not explained in Civics 101 or observable to tourists at the White House or the Capitol,” he writes in the Deep State. “The former is the tip of an iceberg that is theoretically controllable via elections. The subsurface part of the iceberg operates on its own compass heading regardless of who is formally in power. … Washington is the most important node of the deep state, but it is not the only one. Invisible threads of money and ambition connect the town to other nodes. One is Wall Street, which supplies the cash that keeps the political machine quiescent and operating as a diversionary puppet show.”

The dark money networks that helped pave Joe Biden’s path to the White House are among the “invisible threads of money and ambition [that] connect the town to other nodes” in Wall Street, Silicon Valley, and other liberal power centers. The shadowy figures who donate to these networks are now cashing in on their investment and pushing Biden to nominate dark money appointees and enact radical policies that a majority of Americans probably do not want.

You need to understand the inner workings of this network and the dark spirit that empowers it!

God has blessed America like no other nation. And the devil wants to destroy America like no other nation! As I prove in my free booklet America Under Attack, Satan is marshaling every tool and weapon he can to wreck this nation, and he is having alarming success! This evil spiritual power is influencing the radical left! Most Republicans don’t realize what they are dealing with: people who are absolutely committed to destroying the government of this land!

The networks pushing to abolish the filibuster are a tool of the deep state to absolutely destroy the government of this land by handicapping constitutional conservatives so they can no longer hinder its agenda. Donald Trump says this would be “catastrophic for the Republican Party,” but it would really be catastrophic for the whole nation. This is why God must intervene to save America from the radical left temporarily. If He did not intervene to give people one last chance to repent of the sins that led us to this condition (Amos 7:8-9), there would be no hope for the nation!

For more information about what the Bible prophesies concerning the future of American politics, please read “Why I Still Believe Donald Trump Is Coming Back,” by Gerald Flurry.