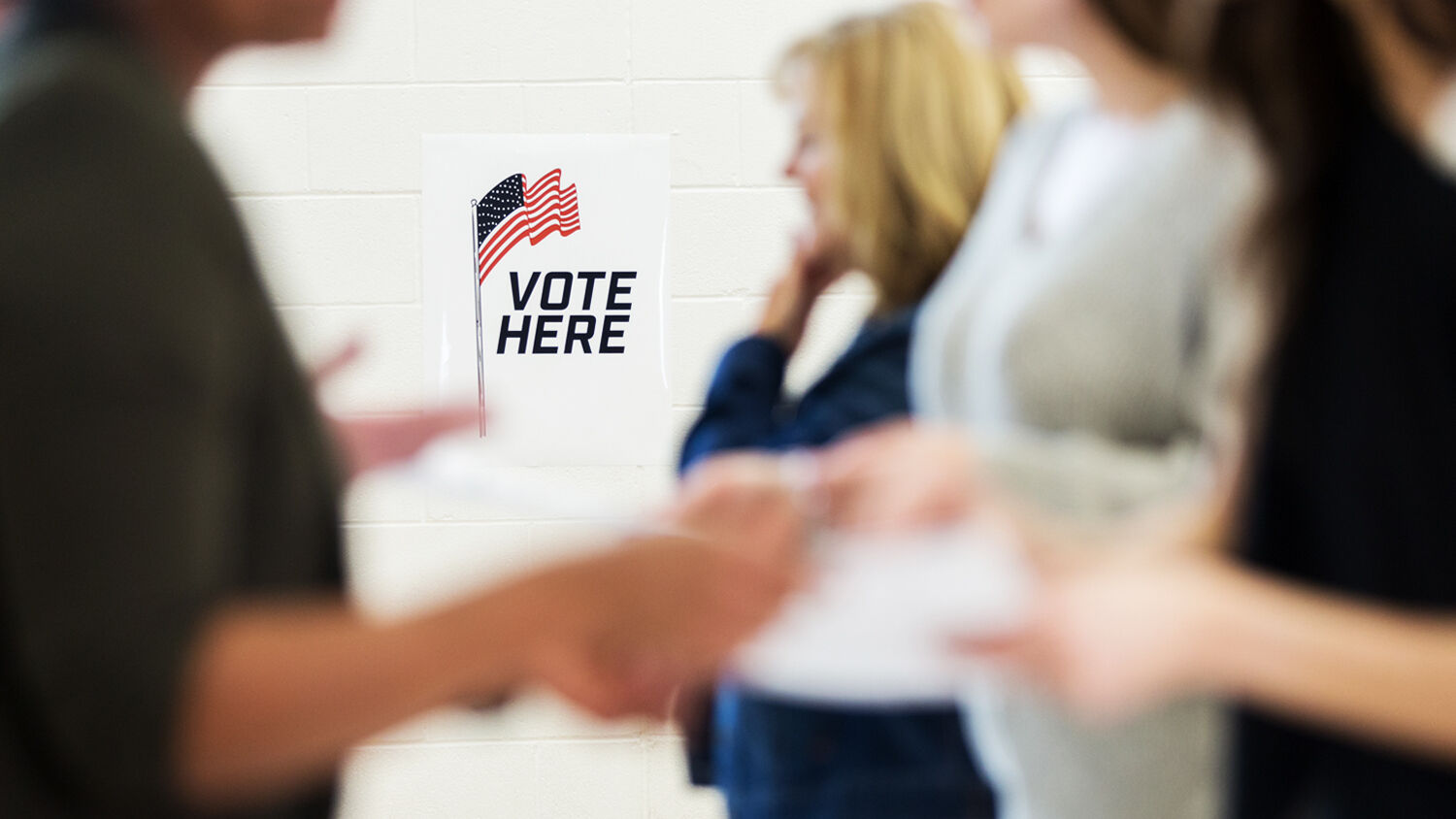 Half of Americans believe Election Day 2020 may be the most stressful of their lives, but Bible prophecy gives us tremendous reason for optimism.

Many Americans feel like Election Day 2020 will be the most stressful day of their lives. A study from OnePoll looked at the mental state of 2,000 American adults and found that 55 percent of those surveyed believe today will be their most stress-filled day. A separate study found that white evangelicals are particularly pessimistic about America’s future.

The American Enterprise Institute survey of more than 4,000 adults found that white evangelicals are the only religious group that believes America’s best days are behind it. Only 46 percent of them think things will improve in the future.

It is easy to understand why evangelicals see a bleak future. A Pew Religious Landscape survey of 35,000 Americans found that belief in God is declining, as is belief in the Bible and belief in the existence of absolute truth. Fewer people pray, study Scripture, or attend church services than ever before in American history. Religious freedom is under attack and many are worried that the United States could be on the verge of another civil war.

President Donald Trump received over 80 percent of the white evangelical vote last election, and Pew Research found that 56 percent of white evangelicals believe God chose Donald Trump to be president. Yet Mr. Trump has repeatedly reiterated to evangelical leaders that you are “one election away from losing everything that you’ve got.” So heading into an election where pollsters say there is a 90 percent chance that Mr. Trump will lose has many stressed.

Trumpet editor in chief Gerald Flurry addresses these fears in his booklet Great Again: “Do you believe the United States of America has been mainly a positive force in the world for most of its history? Do you have a favorable view of the Founding Fathers, the Constitution, separation of powers, rule of law, Manifest Destiny, freedom of religion, freedom of speech, free-market economy, and America’s role in World Wars i and ii? If you do, then surely you are deeply alarmed by the state of America today. All of these pillars of American history and identity are being vilified and destroyed. America’s educators are teaching oncoming generations to be embarrassed by them. Even the nation’s leaders see them as shameful. On many foundational issues, they share the views of America’s worst enemies!”

Many religious people realize that America is off track and suffering. So they sincerely hope Mr. Trump can improve the situation, but they are worried that the left will destroy what remains of America’s Judeo-Christian culture. Yet those who still believe in the Bible have an ironclad promise from God that America’s best days still lie ahead!

The Prophet Ezekiel wrote down many prophecies addressed to end-time Israel. These prophecies were never delivered to ancient Israel because 10 of the 12 tribes of Israel were already in captivity in Assyria in Ezekiel’s day. The late Herbert W. Armstrong proved in his book The United States and Britain in Prophecy that the Anglo-Saxon peoples who settled in the U.S. and Britain are the Israelites to whom these prophecies are addressed.

In Ezekiel 7:24-25, God warns that He will punish the end-time Israelites for turning away from His law by raising up an enemy to make them captives. “Wherefore I will bring the worst of the heathen, and they shall possess their houses: I will also make the pomp of the strong to cease; and their holy places shall be defiled. Destruction cometh; and they shall seek peace, and there shall be none.” This captivity will only end when people finally repent.

After people repent of the sins that led to their captivity, God promises, “I will take the children of Israel from among the heathen, whither they be gone, and will gather them on every side, and bring them into their own land: And I will make them one nation in the land upon the mountains of Israel; and one king shall be king to them all: and they shall be no more two nations, neither shall they be divided into two kingdoms any more at all: Neither shall they defile themselves any more with their idols, nor with their detestable things, nor with any of their transgressions: but I will save them out of all their dwellingplaces, wherein they have sinned, and will cleanse them: so shall they be my people, and I will be their God. And David my servant shall be king over them; and they all shall have one shepherd: they shall also walk in my judgments, and observe my statutes, and do them” (Ezekiel 37:21-24).

The same generations of Americans, Britons and Jews that have to suffer through the ignominy of captivity will see their nations merged into one kingdom ruled over by a resurrected King David. So while there are some dark times coming for America, Britain and Judah in the years just ahead, their best days are still ahead of us.

“America’s problems are spiritual—and solving them requires spiritual solutions, starting with repentance!” Mr. Flurry writes in Great Again. “Whenever God punishes, He does so to turn people back to Himself. Scripture prophesies that the curses America is experiencing today are actually a prelude to national revitalization and restoration! America will, in fact, one day soon become great again! … God promises that there is real hope in America’s end! The same Bible that prophesied America’s fall also prophesies that its brightest days are yet to come! If you really believe these prophecies, you will understand why no politician can make America ‘great again.’ Only God can do that—and it has to be done His way. But He has given us ironclad promises that He absolutely will do so!”