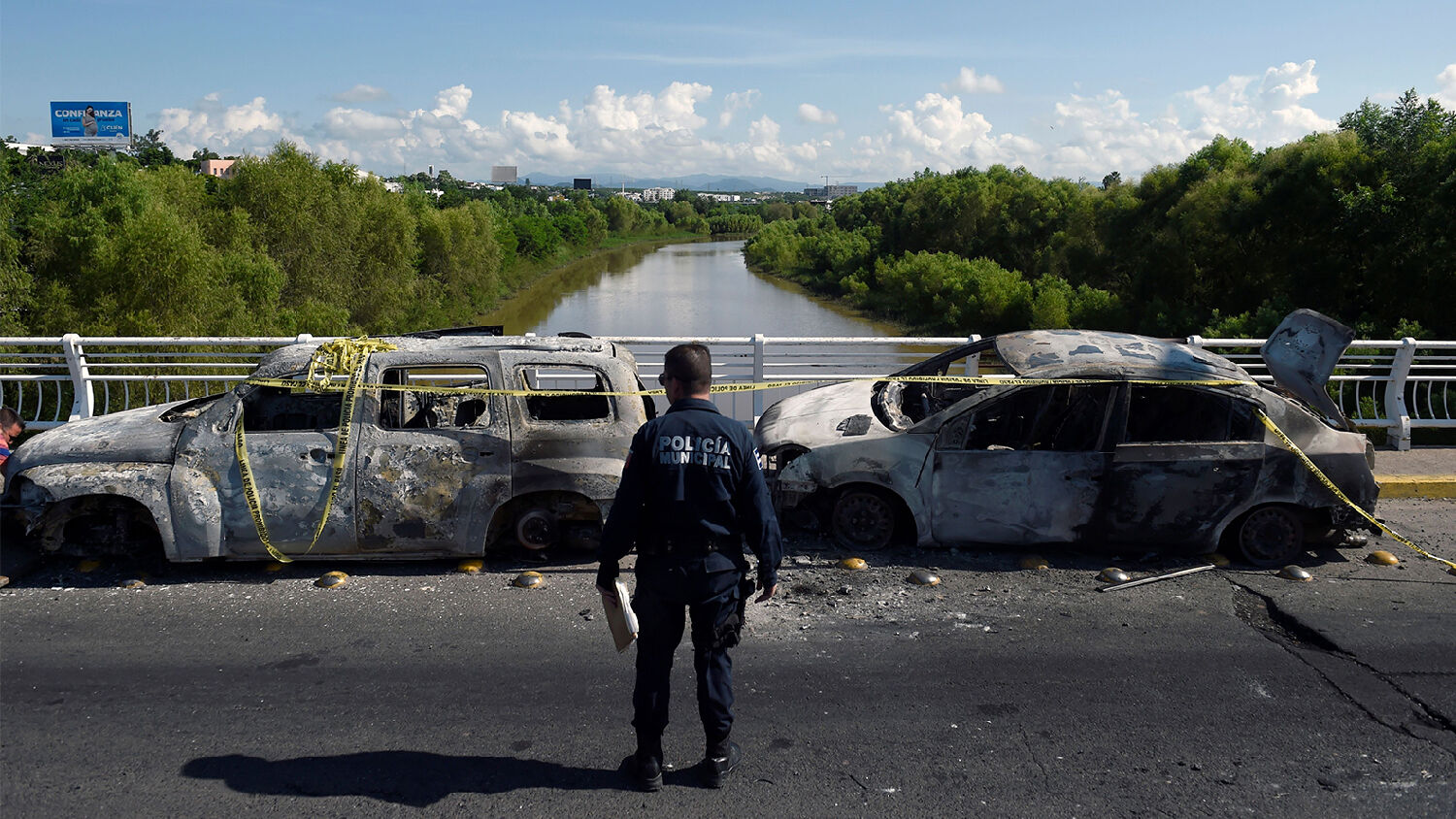 Mexico has degenerated into a failed state where drug cartels are stronger than the government in many cities and provinces. On October 17, a battle broke out in the city of Culiacán between cartel gunmen and government states. And the Sinaloa cartel absolutely clobbered the Mexican military.

Eight hours into the battle, Mexican President Andrés Manuel López Obrador ordered troops to release Ovidio and surrender. López defended his decision, saying, “Many people were at risk, and it was decided to protect people’s lives. I agreed with that, because we don’t do massacres, that’s over.” Though lives may have been saved, the battle of Culiacán marks a turning point in the collapse of Mexico. Cartel gunmen beat the Mexican military and demonstrated that the Sinaloa cartel controls Culiacán, and the surrounding Sinaloa state.

This happened only 600 miles from the United States’ southern border.

Drug cartels control 45 percent of Mexico, according to U.S. Sen. James Lankford, and operate in over 1,200 U.S. cities, according to the Drug Enforcement Administration. If they have the firepower to take on the Mexican military, they have the firepower to stand toe-to-toe with U.S. police and border control agents. This is why U.S. President Donald Trump wants to use the U.S. military to fight Mexican cartels.

After nine U.S. citizens living in a Mormon community in northern Mexico were killed by cartel gunmen on November 4, President Trump announced on Twitter: “A wonderful family and friends from Utah got caught between two vicious drug cartels, who were shooting at each other, with the result being many great American people killed, including young children, and some missing. If Mexico needs or requests help in cleaning out these monsters, the United States stands ready, willing & able to get involved and do the job quickly and effectively. The great new President of Mexico has made this a big issue, but the cartels have become so large and powerful that you sometimes need an army to defeat an army!”

Taking into account the criminal alliances formed between drug trafficking organizations and street gangs, Mexican cartels are perhaps America’s most serious domestic security threat. But simply waging war on Mexican cartels will not fix the social and economic forces that created these dangerous cartels in the first place.

Latin America is the world’s largest illicit drug producer, because America is the world’s largest illicit drug consumer. As long as U.S. citizens spend more than $150 billion on illicit drugs each year, some organization will step up to fill the need, whether or not the U.S. military wipes out the Sinaloa cartel. And legalizing drugs will not stop black market activity or the domestic violence that drug addiction causes within families.

To save Mexico and the U.S. from the threat of drug cartels, people have to tackle the root cause of the problem. Approximately 25 million U.S. citizens and 4 million Mexican citizens use opium, heroin and other drugs in a vain attempt to fill a spiritual void in their lives. Drug addiction is a sickness referred to in the Bible as pharmakeia, and it is listed as one of the works of the flesh in Galatians 5:19-20. The King James Bible renders this word as “witchcraft,” but a more exact rendering is “the use or the administering of drugs.”

Drug-related violence is not a problem that will be permanently solved by the National Palace in Mexico or the White House in the United States. It is a problem that must be solved in the 168 million households spread across Mexico, the U.S. and Canada.

“Strong marriages build strong children,” Trumpet editor in chief Gerald Flurry writes in his booklet No Freedom Without Law. “We need strong children who are not vulnerable to drugs. Why do children want to take drugs and destroy their minds? The mind is the only thing that really sets us apart from animals. What is lacking in their lives that would make them want to do that to themselves? Why even take a chance on something so destructive? Because their wills are so weakened, they must have something to fill the void their parents have left—in most cases. Of course, drugs don’t truly fill that void at all—they only bring people into slavery of the worst possible kind. Drug addiction destroys the will!”

If there isn’t repentance on a nationwide scale, the ripple effects of transgressing God’s law will continue to spread until the entire North American continent experiences such slavery.