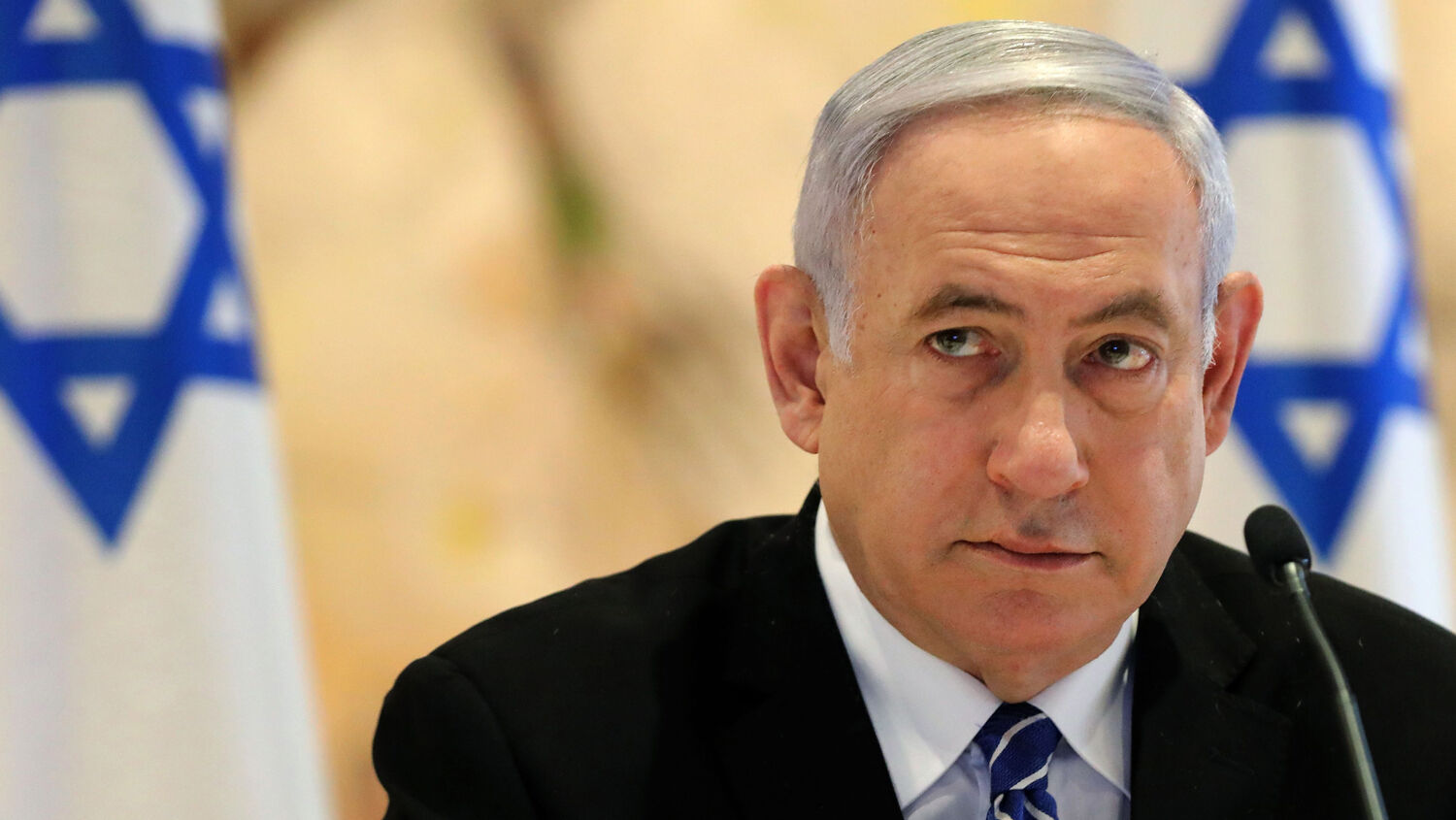 As Israel goes to the fourth election in two years, the Supreme Court declares itself more powerful than the Knesset.

jerusalem
There is a new graphic circulating on Israeli social media that has the public perplexed as to whether they should be proud or aghast. It shows that Israel leads the world in the frequency of elections in parliamentary democracies. Since 1996, Israel has held an election every 2.2 years, closely followed by Greece at 2.5 years, Spain at 3 years, and others out from there.

For some, it is a sign that Israel is a healthy democracy, with the people given regular opportunities to have their voice heard. For others, it shows that something is dreadfully wrong with Israeli democracy that the Knesset members can’t come together long enough to rule the nation effectively.

Not exactly a record to be proud of! According to this @IDIisrael graphic, #Israel holds more elections on average than any other parliamentary democracy. pic.twitter.com/IXpOZhbwd8

Israel’s jump to the top spot on the “democracy table” was confirmed by Tuesday’s announcement that Israel would once again hold elections in March 2021. This will be an unprecedented fourth election in the space of two years.

At midnight on Tuesday, the government, led by longtime Prime Minister Benjamin Netanyahu of Likud and coalition partner Benny Gantz from Blue and White, collapsed after an impasse over political appointments and budgets. Critically, this means that the key takeaway from the last election—that Benny Gantz was going to rotate to Israel’s prime minister after 18 months, finally removing Netanyahu from the top spot—will not take place.

Instead, Netanyahu will once again go into the March election as prime minister of Israel where he hopes to continue as Israel’s longest-serving leader.

This time his greatest rival comes not from Benny Gantz, who is likely finished in politics, but from a former Likud member.

Last week, Gideon Sa’ar, a longtime rival of Netanyahu, broke from Likud to start a party of his own: New Hope. A poll on Wednesday showed that while Likud would gather the most votes if the election were held today, New Hope would be only three seats behind. Sa’ar also just received the endorsement of fellow Likud member Ze’ev Elkin, a longtime Netanyahu loyalist, who accused the prime minister of sabotaging the democratic process within Likud.

And so, Israel goes to elections again, this time with a new figurehead of the “anyone but Bibi” camp.

No doubt, the recurrent post-Shabbat “Black Flag” protests will gain more adherents as the election will become the next attempt to dethrone Netanyahu. Protesters claim that current indictments against Netanyahu for fraud, bribery and breach of trust automatically disqualify him from office. They can’t possibly understand why so many of their fellow citizens would continue to vote for a man whom they consider to be a criminal and an affront to democracy.

However, as other events this week bore out, Prime Minister Netanyahu is not the main threat to Israeli democracy.

While Israel’s news media was busy reporting the election news, the high court was at work contemptuously destroying the right of Israel’s citizens to govern themselves—the very definition of democracy.

On Tuesday, the Supreme Court of Israel, with its panel of 11 unelected attorneys, heard 15 petitions against Israel’s somewhat controversial Nation State basic law. This law, passed by elected officials of the Knesset in July 2018, enshrines in the strongest possible legal terms that “Israel is the nation-state of the Jewish people.” The law was deliberately given “basic law” status by lawmakers. Absent a formal constitution, the Knesset, Israel’s “peoples’ house” has enacted several basic laws over its 70-year history that are of fundamental importance to the Jewish state.

But by deciding to hear petitions against the validity of the Nation State basic law, Israel’s unelected Supreme Court declared itself more powerful than the elected Knesset.

The Supreme Court’s role in a democracy is not to sit in judgment of the law, but to judge by the law given to it by the people.

But that is not what happened on Tuesday. Highlighting the travesty of justice, Knesset Speaker Yariv Levin sent a rare letter of rebuke to Supreme Court President Esther Heyet on Tuesday morning. Levin wrote:

The Supreme Court is invoking powers that were not granted to it by law, to put itself above the sovereignty of the people and above the sovereignty of the Knesset, and are doing so to impose the worldview of its justices as if they were the rulers of the land. … The honorable Supreme Court has never received authority to rule on the validity of basic laws, therefore any attempt to intervene lacks authority and is inherently invalid.

Prime Minister Netanyahu also condemned the court, writing on Facebook, “The court receives its power to rule by virtue of a basic law, and therefore cannot judge the source of its own power.”

Typically, in a parliamentary democracy, if a law is found to be flawed, then it’s the role of the people to elect parliament members to express their desire to change the law in the parliament.

Typically, a supreme court would not even agree to hear a case about the law, because it is not its responsibility to judge the law, but to judge cases based on the laws given to it by parliament.

But Israel’s judges do not seem to be equipped with such judicial humility.

Instead, following a decades-old track record of grasping more power from the Knesset, the Supreme Court decided to hear the petitioner’s case against the Nation State basic law.

This is more than typical judicial overreach where runaway justices adjudicate cases based on a flawed interpretation of law. This is a rogue Supreme Court that believes it has the authority to nullify the constitution of Israel.

As it turns out, for the time being, the court has decided to not intervene in the Nation State basic law. But by even hearing the case, the court has shown that it believes it has the power to do so in the future. The precedent has been established. Unless something changes, all laws, including the powerful basic laws of the Knesset are at the mercy of unelected justices of Israel’s Supreme Court.

How did Israel’s high court muster up so much courage? Why isn’t there more noise in the mainstream press about the high court’s lawlessness? How is it that thousands of Israelis protest every Saturday night against the “dictatorial rule” of Netanyahu, but most of those same people gladly welcome a tyrannical court whose actions nullify the democratic will of the people?

Probably because the judicial takeover of Israel has been ongoing for decades. As we document in our Watch Jerusalem feature article, “Israel’s Rogue Supreme Court” has a 35-year track record of clutching for more power at the expense of the law, especially under the leadership of former Supreme Court President Justice Aharon Barak. It did this by making everything justiciable, making anyone eligible to petition the court, and then by judging cases not by strict law given them by the Knesset, but by principles divined by the justices themselves.

Now the court has granted itself the ability to judge the laws given to it by the Knesset.

And it’s not surprising that the first basic law to come under the scrutiny of the Supreme Court is Israel’s Nation State Law. More than any other, this law remembers that Israel is and always will be the Jewish state. It enshrines Israel’s Jewish history as being at the core of its national identity.

That the lawless court would attack the one basic law that preserves Israel’s rich biblical history makes perfect sense when the cause is fully understood.

The same cause is at the root of the movement in the United States and Britain to tear down statues and rewrite their histories.

That cause is explained in Trumpet editor in chief Gerald Flurry’s free booklet America Under Attack. While mainly focused on events in the United States over the past 12 years, Mr. Flurry also directs readers to a hugely significant, yet largely unnoticed, event that took place in 1986. As we also discuss in “Israel’s Rogue Supreme Court,” that event has everything to do with the lawlessness of Israel’s courts.