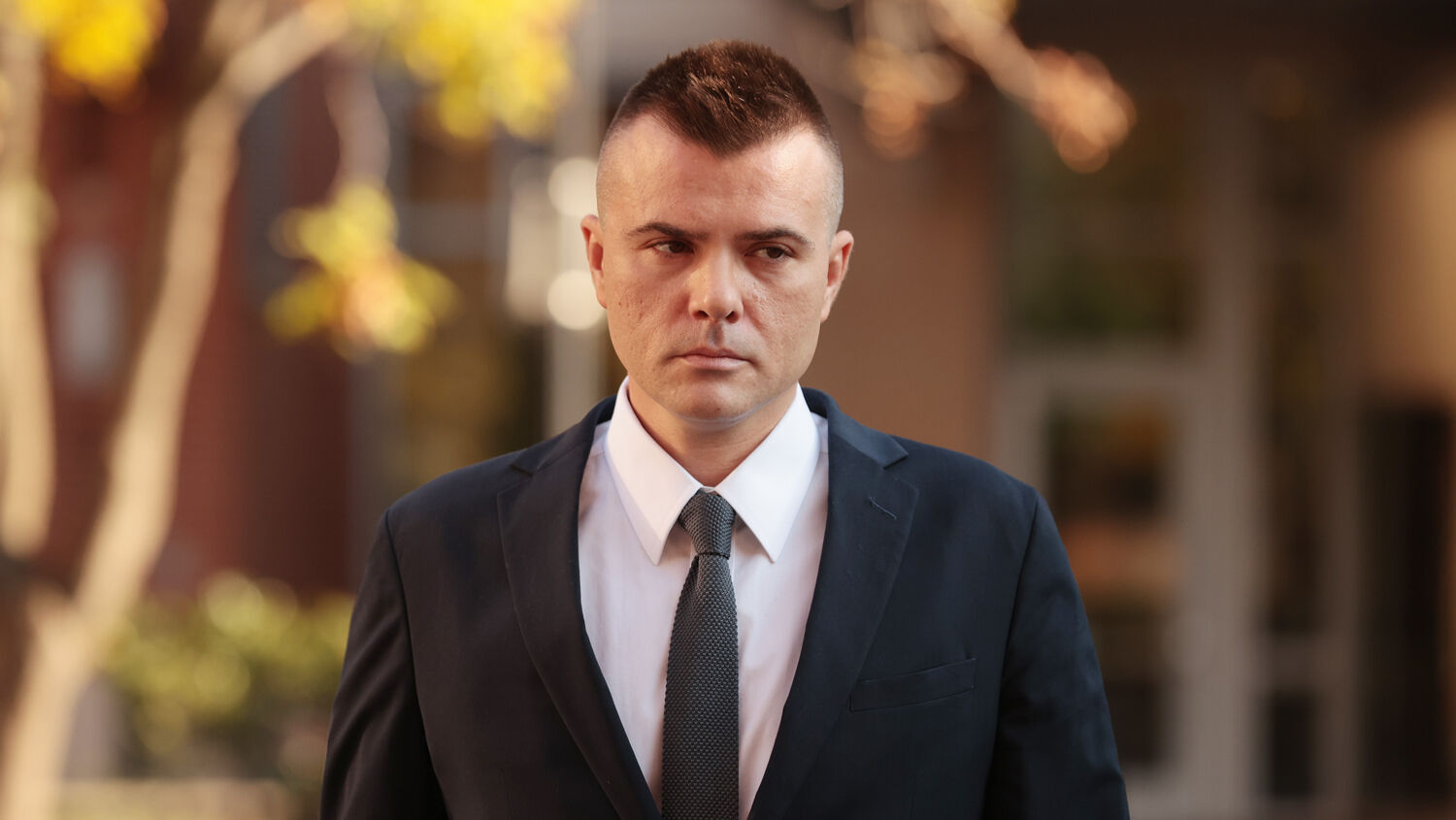 American political operatives colluding with Russia was true after all.

United States Special Counsel John Durham has handed out another indictment relating to the targeting of Donald Trump with the infamous Steele dossier. The third arrest from Durham’s investigation is a Russia-born man living in Washington, D.C., named Igor Danchenko—a “great Democrat.” Durham indicted him on November 4 for lying to the Federal Bureau of Investigation in 2017. He was a primary source for former British spy Christopher Steele, who produced the dossier. Through Danchenko, other individuals are being implicated.

“What the indictment does is show us what Durham has, and he has a lot of new information,” commentator Jonathan Turley told Fox News. “One of the figures that he does not name, that features prominently in this indictment, is referred to as PR Executive-1. … And this figure features greatly in these allegations. They describe meetings in Moscow with rather shady Russian figures involving this executive, involving Danchenko.”

Durham all but names “PR Executive-1” in his indictment, which states:

PR Executive-1 had served as (1) chairman of a national Democratic political organization, (2) state chairman of former President Clinton’s 1992 and 1996 presidential campaigns, and (3) an adviser to Hillary Clinton’s 2008 presidential campaign. Moreover, beginning in or about 1997, President Clinton appointed PR Executive-1 to two four-year terms on an advisory commission at the U.S. State Department. With respect to the 2016 Clinton campaign, PR Executive-1 actively campaigned and participated in calls and events as a volunteer on behalf of Hillary Clinton.

It took social media two seconds to identify “PR Executive 1” as Charles Dolan, a long-time Clinton crony. He is the one who gifted an autobiography of Hillary Clinton to “Russian Sub-Source-1,” inscribed with the words “To my good friend [first name of Russian Sub-Source-1], a great Democrat.” Dolan was a source for Danchenko, and Danchenko was a source for Steele. The Steele dossier was what radical liberals in the fbi and elsewhere in the Obama administration used to get the Foreign Intelligence Surveillance Court to grant them a warrant to spy on American citizens! Using the power of the government to attack political enemies was predicated, partially, on Danchenko—and Dolan.

Meanwhile, Hillary Clinton hired the Perkins Coie law firm to find dirt on Donald Trump. Perkins Coie hired Fusion gps, an intelligence firm run by Glenn Simpson, who then hired Christopher Steele. Steele’s primary source was Danchenko, and Danchenko’s primary source was Dolan, a longtime adviser to the Clinton family! Turley and others say some of the information may have literally originated with Russian spies.

The Clinton people didn’t just pay for this opposition research. They created it.

We’ve come full circle. It’s Clinton Inc. from start to finish! They wrote it. They authored it. And they literally colluded with the Russians to immorally and illegally attack Donald Trump.

Some analysts are saying that Danchenko’s indictment is just the beginning. Will fbi agents involved in using this as a weapon against Trump take a hit? Will more higher-ups from the Clinton campaign take a hit?

Meanwhile, Dolan’s Twitter account has disappeared. That’s the way the “deep state” operates. They start to get exposed, and then they take off like cockroaches exposed under the kitchen light. They don’t want to answer for themselves if they can help it.

It’s also clear from the indictment that the fbi knew Danchenko was lying when they interviewed him in 2017. Yet they still used the dossier he helped create to convince a fisa court to let them spy on political adversaries—not once, not twice, but four times!

So many in the press kept making claims of “Trump, Russia!” In reality, it was “Hillary, Russia.”

You might also remember Fiona Hill. She was involved in President Trump’s first sham impeachment in 2019. Now we know she was the one who introduced Dolan to Danchenko. Hill previously claimed that she was completely unaware of the dossier until right before it was made public. She played innocent while they were all working together. Hill was on President Trump’s National Security Council. She was supposed to be working for Trump. Instead, she was stabbing him in the back.

How deep is the deep state? How many swamp creatures are lurking in it?

According to a November 4 New York Post article, Danchenko worked at the Brookings Institution, “a Washington think tank whose former president, Strobe Talbott, is a college friend of Bill Clinton’s who worked in the Clinton State Department.”

The Post article continues: “At Brookings, Danchenko worked with Fiona Hill, later a member of President Trump’s National Security Council (and a key witness in the first Trump impeachment over the unrelated Ukraine controversy). It was through Hill that Danchenko became acquainted with Steele, who ran a London-based intelligence firm upon leaving MI-6, the British spy service.”

They’re all connected in a plot to overthrow the government of the United States.

Durham’s indictment also has material regarding Sergei Millian, who worked for the Trump campaign. Steele accused Millian of facilitating communications between Russian officials and Trump officials. All of it was made up. Durham said, “Danchenko fabricated these facts regarding Millian.”

Dolan meanwhile worked with another sub-source who actually did live in Russia. The Clinton crony was working with one Russian in D.C. and another in Russia—while they were creating a case to claim Trump was the one colluding with Russia.

Will any of the higher-ups ever be held accountable? Durham caught Danchenko. But who were the ones really behind this investigation? People like former fbi Director James Comey knew Danchenko was a liar, yet he put the plans in motion that led to the Mueller investigation, which went on for years. And as we now know, the Mueller investigation was not intended to expose Trump-Russia collusion; it was intended to cover up the Democratic Party’s unconstitutional acts.

If it were not for Durham, none of this would have ever seen the light of day.

This indictment brings it to the doorstep of Hillary Clinton. It brings it right to the doorstep of the Clinton campaign and the [Democratic] Party. And I hope that Durham will investigate those links, and I hope he will take Hillary Clinton for hours of questioning. … This was a theft from the American people. They elected their president. His time, his energy, and that of his staffers, were stolen. Thousands upon thousands of hours were stolen by rogue bureaucrats working in our intelligence services, in the fbi, and across the government to impose their will over the will of the American people. I am enraged, and I hope all decent Americans are enraged at these discoveries.

As we have said all along, this was an attack from within—an attempted coup. This is treason at the highest levels.

Mark Zaid, the attorney for the Ukrainian whistleblower, tweeted less than two weeks into the Trump presidency in 2017: “#coup has started. First of many steps. #rebellion. #impeachment will follow ultimately. #lawyers.” My father wrote in an article last November: “This was one of the left’s highly placed lawyers speaking openly of a coup—trying to overthrow the government! We don’t have to speculate on the goals of the left. They are pretty outspoken if you pay attention!”

My father also wrote the following in another article from last November, “Treason in America and Britain”: “Barack Obama and Hillary Clinton surely do not want us to know what they were conspiring to do before, during and after the 2016 presidential election to undermine American democracy. But I believe God made sure this information was exposed!”

More of this information was exposed on November 4.

If you would like to learn more about the deeper causes of this Communist takeover of the United States, please request my father’s free booklet America Under Attack. It was first written in 2013, but it is as timely as ever and can help you understand what’s going on in Washington like little else can.