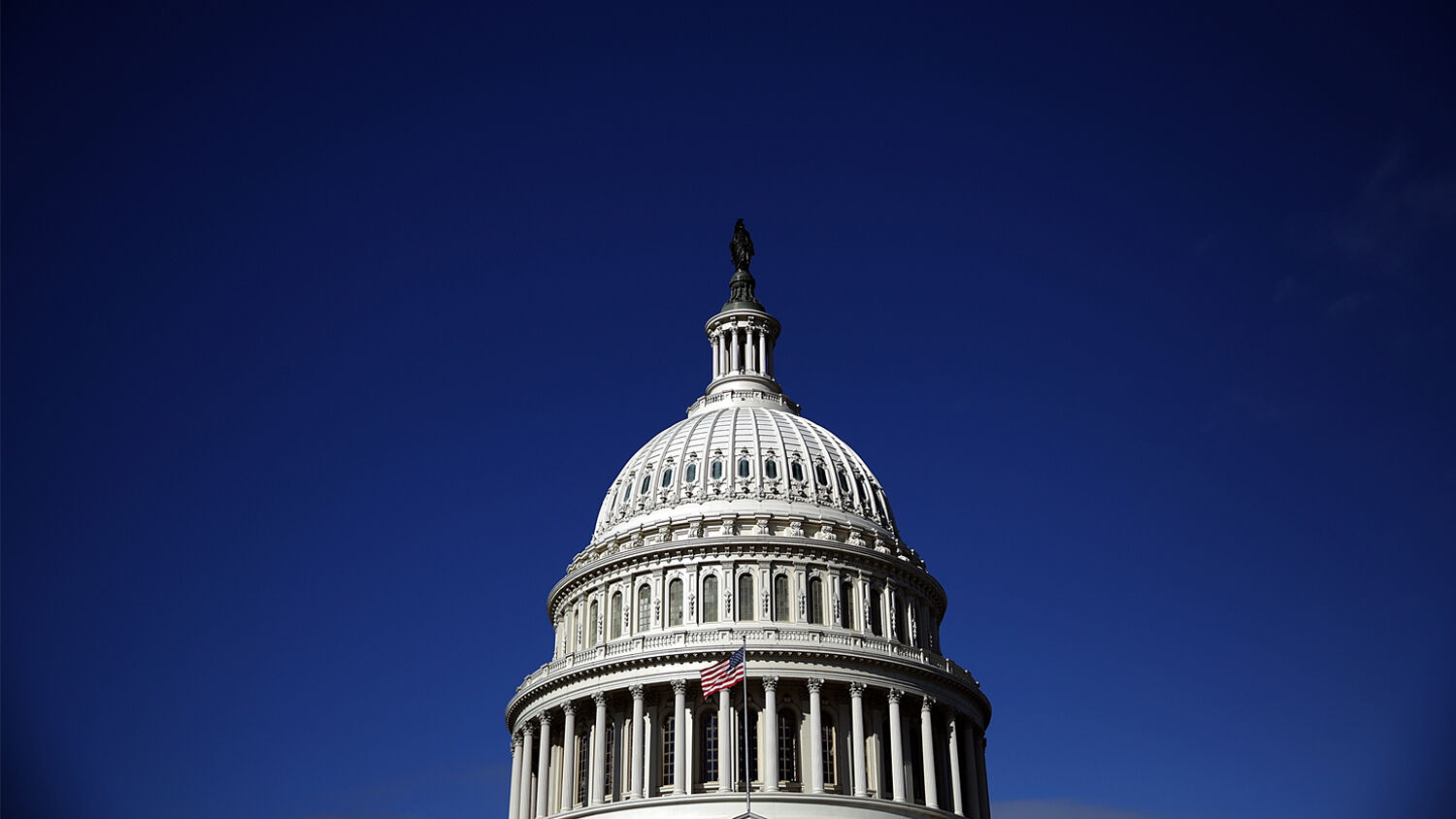 Remember 2019? Remember when we didn’t notice government quite as much? Because it didn’t stop you from traveling, from working, from going to school, from living a normal life? Remember when much of your life was still up to you?

Remember when the elected leaders of the “free world” were not inciting, permitting and encouraging a faction that is perpetrating ongoing hatred, destruction and violence?

Remember when, for example, a pregnant woman could put up a single social media post promoting a “Freedom Day” peaceful protest (asking attendees to comply with facemask and social distancing orders)—and not be handcuffed and arrested by police in her home in her pajamas in front of her children?

What happens when those in power stop even pretending to submit to the law and begin wielding their power however they see fit?

Liberty gets locked down!

The Critic interviewed several experts who show that the actions of governments have superseded the rule of law. It quoted Lord Sumption, a former UK supreme court justice, pointing out that police “had no business doing anything in a national crisis except enforcing the law. They are not there to give effect to their own views on what a national crisis might require or to give effect to what a prime minister’s views might require in a crisis. They are citizens in uniform who should apply the law and nothing else.”

But we’re in a different world now.

“The rule of law is being so emasculated that when you actually need it you will find it is no longer there,” attorney Kirsty Brimelow said. “That then leads to arbitrary decisions, overreach and [the law] being used against citizens. We have become too used to being a liberal democratic country, and our rights are being pulled away by stealth. If we don’t have a strong legal framework, then we will move towards law by government and not law through parliament, and the heart of democracy will be gone.”

The director of a group called Big Brother Watch, Silkie Carlo, said, “The idea that one of the oldest democracies in the world could buckle under a coronavirus is chilling. The question of the lockdown was never democratically asked. … Our instincts on freedom are at risk of drifting.”

“The state decided without debate to restrict our rights and freedoms in ways that are unimaginable in a democratic system,” said Francis Hoar, another attorney. “This is not the way a normal liberal society operates. What is terrifying is that this wasn’t just imposed by governments—people wanted it. Of course, people can choose to stay in their homes, but they wanted it to be law, to impose these restrictions on others. … This is an epochal moment: It feels as if a barrier has been breached. One thing that is troubling is that people experience restrictions being lifted and talk of being ‘allowed’ to go to the pub or visit their family. Can you imagine saying that before?”

This is now reality in the “free world.” People think their most basic rights and responsibilities are determined not by God but by whomever is currently in power.

Land of the Free

Now look at what’s going on in the supposedly freest nation in human history. And don’t get lost in the details. Focus on the principle of what is happening to your rights.

During his press conference last Thursday, here is how New York Gov. Andrew Cuomo discussed his desires regarding indoor dining in New York City: “I’d like to see the restaurants open. However, there’s a but—B-U-T. The but is: Our rules and guidance on reopening [are] only as good as the compliance and the enforcement.” He went on to call out the New York City Council speaker, saying, “[P]ut together a task force of nypd, Speaker Johnson, and say, there are going to be 4,000 police who are going to be doing restaurant compliance.”

We need 4,000 policemen to make sure diners obey the new rules for face masks and social distancing before we can re-open restaurants! In other words, state and local government officials do not have enough power over citizens’ lives. Systems of checks and balances need to be eliminated. The principle of limited government needs to be eliminated. Government needs to be more unlimited.

And yet, consider this recent headline from the New York Times: “Finger-Pointing Continues as New York Sees Another Month of Violent Crime.” According to the article, “The steep rise in gun violence that has rattled New York City and intensified the debate over policing continued at an alarming rate in August, as shootings more than doubled over the same period last year and murders rose by nearly 50 percent, the police said.”

Even as government officials seek to control the more routine behavior of those who are generally law-abiding citizens, these same government officials are working to defund and reduce the presence of law enforcement for actual crimes. And crime, violence and lawlessness are skyrocketing in our cities!

Notice this next statement closely. New York City Mayor Bill De Blasio commenting on the state of America’s largest city: “Look, we have had a perfect storm here. A million jobs lost in the city. People without work, kids not going to school, houses of worship not open, you name it, and then our court system hasn’t been functioning until recently, all because of the coronavirus. Let’s be clear. For the last six previous years, crime was going down steadily in New York City—safest big city in America. What changed it? A pandemic that knocked out so much of the life of this city and just created crisis after crisis.”

He blames the lawlessness on the lockdowns that he imposed on New York following the pandemic!

Stepping back from all these headlines, you come to this inescapable realization: We cannot rule ourselves!

After thousands of years of oppressive governments, our “free” governments are now falling into chaos or back into oppression.

This all points you directly to Jesus Christ and His gospel message! Read the book of Matthew, read the Gospels, read what Jesus Christ said. He was focused on government!

This is why Jesus Christ repeatedly talked about the Kingdom of God, which is the government of God, administered by the God Family. This is why He talked about true Christians ruling over cities. It wasn’t just a metaphor or a nice idea. It’s the one and only solution to the human condition!

In Revelation 2:26-27, Christ promises, “And he that overcometh, and keepeth my works unto the end, to him will I give power over the nations: And he shall rule them with a rod of iron; as the vessels of a potter shall they be broken to shivers: even as I received of my Father.” In Revelation 3:21 He says further, “To him that overcometh will I grant to sit with me in my throne, even as I also overcame, and am set down with my Father in his throne.”

From the beginning of the biblical record to the end, God and Jesus Christ have been focused on law, government and rule!

True followers of Jesus Christ submit to the government of God and the law of God. That is how they qualify to administer that government themselves.

Throughout the ages, God the Father has drafted a tiny group of people into His true Church, led by Jesus Christ. They then have the choice to submit to His government and keep His law, or not. Only those who submit their belief, their attitudes and their actions to God can truly become Christian, can truly understand Christ’s gospel, and can truly fulfill God’s purpose for their lives. Only then can someone be trained to rule God’s way—to govern a city or a nation with Christ and bring it order, safety, peace, abundance, and the fulfillment of each person’s incredible human potential.

When true Christians read the Bible, this theme of government leaps off the pages again and again. The last book of the Bible, Revelation, describes the future. And it repeatedly focuses on the theme of government—literal, actual, world-ruling government! Revelation 5:10 describes God’s people being “kings and priests: and we shall reign on the earth.” Revelation 20:4 and 6 state, “And I saw thrones, and they sat upon them, and judgment was given unto them: and I saw the souls of them that were beheaded for the witness of Jesus, and for the word of God, and which had not worshipped the beast, neither his image, neither had received his mark upon their foreheads, or in their hands; and they lived and reigned with Christ a thousand years. … Blessed and holy is he that hath part in the first resurrection: on such the second death hath no power, but they shall be priests of God and of Christ, and shall reign with him a thousand years.”

This theme of right government, God’s government, appears repeatedly through Jesus Christ’s ministry, and throughout both the New Testament and Old Testament.

Jesus Christ is returning. And He is returning for the purpose He stated in His gospel message: to implement government. He will rule, and He will rule for the benefit of those ruled. Even when allowed to rule ourselves, mankind simply doesn’t know how to do it justly and beneficially. We need individuals in government who have been prepared to rule not for their own benefit, not for their own glory, not in the interests of a certain group, but for the purpose of putting every man, woman and child under the loving authority of God the Father, helping them turn away from their own self-destructive sins, and raising them to understand the laws of cause and effect that govern human life, to realize the causes of good, the sources of evil, to learn their purpose for being, and to love God’s joyful, abundant, dazzling way of life!