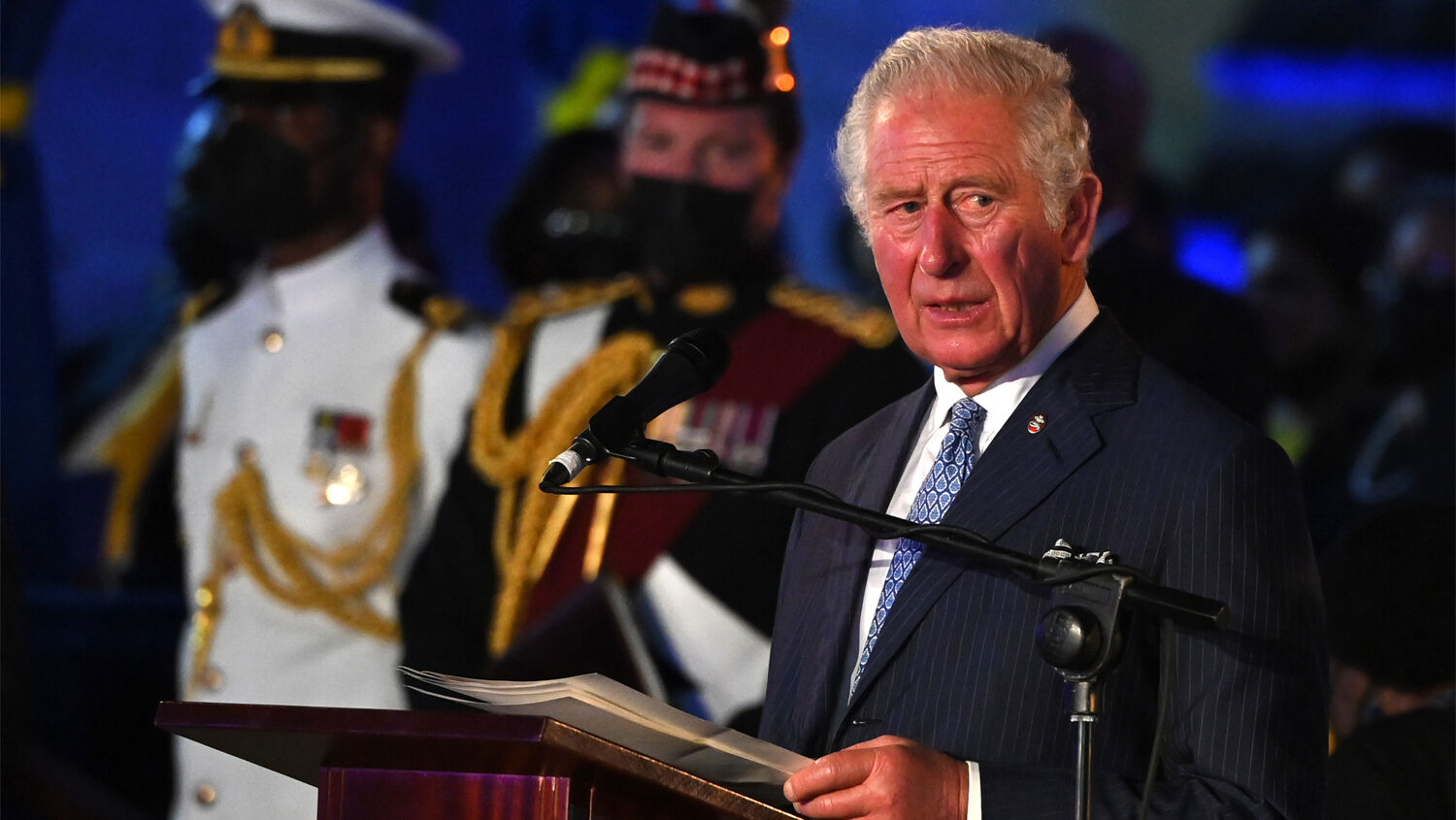 Replacing a once-imperial power with an aggressively imperialistic one—this is the ‘times of the Gentiles’ in miniature.

Something happened this week that most of the world overlooked. It symbolizes a dramatic shift in our world.

The story takes place on the Caribbean island of Barbados, where just over a quarter million people live. Even many of them were indifferent about what happened on Monday. But that was the day Barbados officially became a republic and ended nearly 400 years of being subject to Britain’s monarch.

Now the nation’s first president, Sandra Mason, is its head of state, not Queen Elizabeth ii. In their celebrations, the leaders of Barbados have been effusive in their condemnations of Britain’s colonial past.

Prof. Sir Hilary Beckles, a Barbadian historian, characterized this week as “the end of the story of colonial exploitation of the mind and body.” As Black Lives Matter protests and riots erupted across the United States last year, Barbados removed a statue of Horatio Nelson from the main square of its capital city, Bridgetown, because he “was a defender of slavery.” Some outspoken leaders and plenty of media commentators are branding virtually everything associated with Britain as “colonial shackles.”

Yet Barbados is trading Britain for a new power that can legitimately be called imperialist: China.

China has bought off one small nation after another with debt-trap diplomacy as it has built its Belt and Road supply chain. Now it is positioning itself to do the same with Barbados.

British members of Parliament have been warning that the drive to remove the Queen as the head of state of Barbados is borne of pressure from China. Foreign affairs committee chairman Tom Tugendhat told the Daily Mail, “[B]e under no illusion that China is pumping all this money into the Caribbean out of the goodness of its heart. I see it as a slow, long-term erosion of democracy. From China’s perspective, removing the Queen is a symbolic success that will encourage greater efforts.”

Barbados, it turns out, has signed a memorandum of understanding as a member of Belt and Road, and it is now heavily indebted to China. The Chinese regime sees something of value in Barbados, and it’s not purely economic.

China’s ruling Communist party has invested a staggering amount of money in a lot of countries in recent years. But it seems to have particular interest in British Commonwealth countries. It has poured $2.6 billion into Jamaica, an eighth of the Jamaican gross domestic product, and $1.3 billion into Antigua and Barbuda, more than half of that country’s gdp. In 2005, Grenada cut ties with Taiwan; it then promptly received a $55 million cricket stadium. In 2018, the Dominican Republic did the same, and China awarded it investments and loans of some $3 billion! Since 2005, China has invested over $685 billion in 42 commonwealth countries.

Right as these nations are turning their back on Britain, they are inviting in arguably the world’s most aggressive neocolonialist power.

What sort of imperial master is China? There is a lot of evidence to answer that question.

A good example is Sri Lanka. China gave it high-interest loans, and when Sri Lanka couldn’t repay, it was forced to hand over the Hambantota port on a 99-year lease. China gave Uganda loans, and now that it has failed to repay, its only international airport is about to come under Chinese control.

“In ex-Commonwealth Zimbabwe, China’s influence goes much further,” the Spectator wrote. “There is evidence to suggest that the historic relationship China has developed with the country’s military may have allowed Beijing to help determine the government itself.” It explains that China was where the country’s current president and vice president both received military training, where some of their business partners were located, and the last place they visited before returning and ousting 30-year president Robert Mugabe in a coup. It is also the pattern on which President Emmerson Mnangagwa has based his government and economy. It might also be the reason Zimbabwe is reviewing its 2018 application to rejoin the British Commonwealth.

This all started with the same kinds of economic deals that China is now making with Caribbean nations like Barbados.

Hong Kong, another former British colony, is another indicator. Prince Charles, who was present at the independence ceremony in Barbados on Monday, was also there when Hong Kong ended its connection to Britain in 1997, telling the people of Hong Kong, “We shall not forget you.” His government and the Chinese Communist Party had negotiated an agreement to keep Hong Kong mostly free for at least 50 years. Not long after, China began violating that agreement. Over the last year, it has completely criminalized dissent and swallowed Hong Kong and its former freedoms.

How does China treat its subject peoples?

The 99 percent conviction rate in Chinese courts is one example. Another is its internment, enslavement and husband-replacement of Uyghur Muslims and its repression of religious and ethnic minorities in Tibet. Yet the same kinds of people who will rage against a British governor from 200 years ago or someone who uses the wrong pronoun or does not grovel sufficiently for past injustices, real and imagined, somehow remains silent as this empire wields its power over small nations and weak peoples all over the world.

Barbados isn’t finding freedom, it is losing it.

Yet the harshest language is reserved for Britain and America, nations that brought freedom to millions. Why is that?

This is compelling evidence of a trend the Trumpet has been highlighting for some years now: the modern-day effort to “blot out the name of Israel from under heaven” (2 Kings 14:27).

A mountain of evidence proves that the British Empire, while flawed like all other empires, was the most benevolent in human history, along with the American superpower. These two nations have raised the standard of living for millions of non-British, non-American people worldwide. Their investments and, more importantly, their principles, have vastly improved health, longevity, literacy education, material prosperity, technology, infrastructure, governance and the rule of law.

Highly distorted selectivity and visceral hatred for Britain’s imperial past is illogical, until you understand that the principles and blessings that caused these vast improvements trace back to the Bible.

This transition in Barbados is part of a vast global shift into a dangerous new age: the end of British and American dominance. God prophesied their rise and their fall and the intense suffering that is coming next as new powers dominate—and go to war.

Jesus Christ Himself described it as the worst suffering that would ever occur in human history (see Luke 21:24).

But He also prophesied that these “times of the Gentiles” will last only a very few years—and will be followed immediately by His return! He is coming to establish a Kingdom that will never be destroyed, an imperial power without flaw that will elevate the lives of people all over the world.