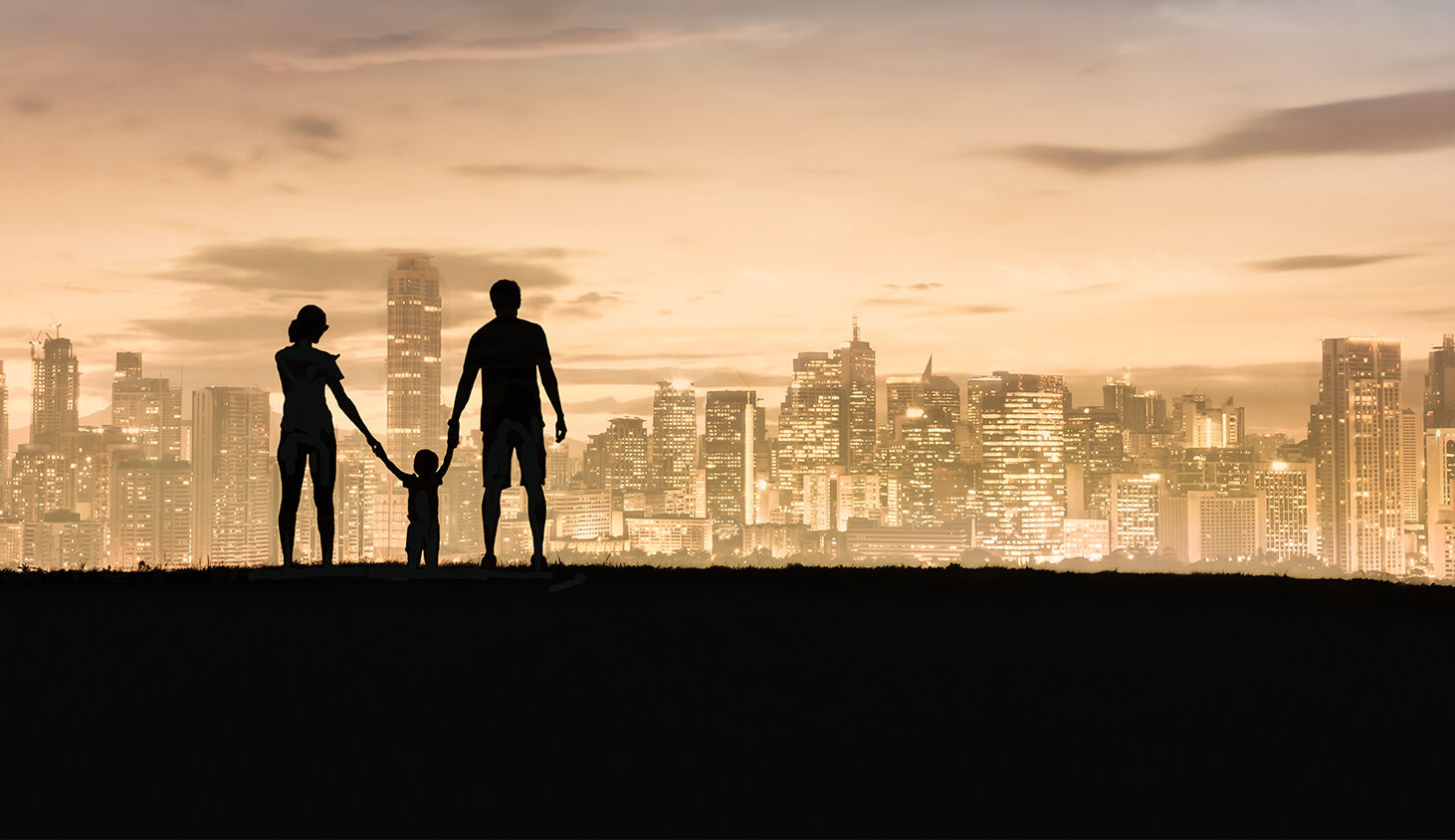 How the problems battering our cities today will be solved

It has been a rough year for America’s cities. Their residents have been locked in their apartments for fear of coronavirus. Their attractions, offices, restaurants and stores have been evacuated. Their wealth has bled out because of ailing economic life, lost jobs and dwindling tax revenue. Their streets have choked with violent mobs revolting against racial inequities by vandalizing monuments, smashing storefronts, looting businesses, burning public buildings. Their people are now suffering rising rates of violent crime, including murder.

Globally, many other cities face similar depressing conditions. So many of the advantages of cities—the vibrancy, the opportunities, the culture, the concerts, theaters, sporting events, shopping centers, museums, art galleries, restaurants, libraries and clubs—are being inhibited by social distancing restrictions and distressed economic activity, or outweighed by dangers and destruction. Many observers are convinced the damage done will be long-term, perhaps permanent.

Thankfully, such pessimism is wrong. Yes, the problems battering our cities will grow far worse. This reality is prophesied in Scripture. (Listen to the first segment of today’s Trumpet Hour, which discusses some of these prophecies.) We need to face squarely this grim truth.

However, the Bible also includes many spectacular prophecies about what will become of our cities beyond the near term. These too are sure prophecies, and they provide genuine hope.

Imagine quality city life being affordable. Imagine a city providing enough stable, decent jobs that unemployment is next to nil, and everyone enjoys affluence. “… Thus says the Lord of hosts: My cities shall again overflow with prosperity …” (Zechariah 1:17; Revised Standard Version). Imagine a city devoid of run-down, impoverished slums and ghettos.

Imagine cities being crime-free. Imagine being able to walk the streets, even back alleys, at any time of day or night without fear. “[T]hey shall dwell safely, and none shall make them afraid” (Ezekiel 34:28). Imagine thievery, muggings, riots and gang warfare no longer being a concern. “Violence shall no more be heard in thy land, wasting nor destruction within thy borders …” (Isaiah 60:18).

Imagine a healthy city environment. Imagine lovely, productive gardens right in the midst of the city. “[T]hey shall build the waste cities, and inhabit them; and they shall plant vineyards, and drink the wine thereof; they shall also make gardens, and eat the fruit of them” (Amos 9:14). Imagine eating at a restaurant where fresh produce grows on site. Imagine land being allocated efficiently enough that areas exist for local animal husbandry. “[I]n all the cities thereof, shall be an habitation of shepherds causing their flocks to lie down” (Jeremiah 33:12). Imagine the pastoral serenity enjoyed only by country folk today being common in the city as well.

But how will such a revolution be possible?

Biblical prophecy is clear that our present civilization is about to be replaced by a far better world. Though today’s cities will be destroyed (e.g. Ezekiel 6:6; 12:20), the positive upshot is that the builders of tomorrow’s cities won’t have to compromise in order to work around what already exists; they will be able to start from the ground up. “For thou shalt … make the desolate cities to be inhabited. … And they shall build the old wastes, they shall raise up the former desolations, and they shall repair the waste cities, the desolations of many generations“ (Isaiah 54:3; 61:4).

Scripture reveals the extraordinary circumstances in which these cities will appear. After human misrule causes great tribulation that almost wipes out civilization, Jesus Christ will return to Earth to establish His rule. Before any rebuilding occurs, Christ will first resolve the problem of unconquered human nature sabotaging creative efforts. How?

Through the Prophet Ezekiel, God answers: “A new heart also will I give you …. And I will put my spirit within you, and cause you to walk in my statutes, and ye shall keep my judgments, and do them. … In the day that I shall have cleansed you from all your iniquities I will also cause you to dwell in the cities, and the wastes shall be builded” (Ezekiel 36:26-27, 33).

Yes—God will change the hard hearts of men and women, eliminating hostility, competitiveness, aggression and selfishness, and replacing it with His own nature—a basic desire to follow His law of love. Thus, in the cities of the future, people will resist the tendency to degenerate. Instead, they will care for their families and their surroundings, take pride in their homes and their work, and treat others with respect and courtesy.

And who will preside over these cities? It would be a significant revolution just to have leaders who truly served people and refrained from corruption, bribery, cheating and imposing burdensome taxes. But God promises to do even better: Tomorrow’s cities will be ruled by spirit beings—the glorified saints of God made perfect! Read in Luke 19:12-19 and Revelation 2:26-27 Christ’s promise to appoint individuals who have already proven themselves by overcoming their human nature, and have been transformed into an immortal spiritual state. These beings will have the authority and power to enforce God’s law in order to prevent problems and to ensure that business in the city is conducted in an ethical, fair, organized manner that benefits everyone.

If you have never proved this truth from Scripture, you owe it to yourself to order a free copy of Herbert W. Armstrong’s booklet The Wonderful World Tomorrow—What It Will Be Like. It describes in vivid detail, supported by ample biblical proof, how a great many of the administrative positions in God’s coming Kingdom will likely be filled by the men and women of the Bible, resurrected to spirit life.

Once this fundamental issue is resolved, and society is composed of godly leaders ruling over a human populace unified in their desire to build harmonious, attractive communities, the real work of creating utopian cities will proceed.

The cities of the future will likely be somewhat small, more like today’s towns than megacities like Tokyo, New York or Shanghai. They will support balanced, moderate living and personal growth. Massive skyscrapers will be unnecessary because property will be plentiful. Scripture describes a vigorous land-renewal program: mountains being lowered, deserts being reclaimed, underwater land being raised. Leviticus 25 details a homesteading system whereby every family will own land. Micah 4:4 says, “[T]hey shall sit every man under his vine and under his fig tree; and none shall make them afraid ….” Equitable property distribution will create widespread security and fulfillment for all families.

However, don’t expect tomorrow’s cities to follow the pattern of today’s suburbs, which come with several problems: homogenous neighborhoods, automobile dependency, commuting and traffic nightmares, social fragmentation, and poor health for lack of exercise, to name a few. Biblical accounts show that future cities will include vibrant, heavily used community spaces. The Bible describes tomorrow’s cities as being very social—“filled with flocks of men” (read Ezekiel 36:34-38). Today, cities are packed with anonymous strangers who rub shoulders but don’t interact, who then commute home to their private suburban bunkers where they remain isolated from neighbors. Tomorrow, cities will be designed to nurture a sense of community and belonging.

“Thus saith the Lord of hosts; There shall yet old men and old women dwell in the streets of Jerusalem, and every man with his staff in his hand for very age. And the streets of the city shall be full of boys and girls playing in the streets thereof” (Zechariah 8:4-5). All cities will likely pattern certain elements after Jerusalem. Clearly, some quarters will be closed to traffic, opening the door for these extraordinary intergenerational experiences. This is a picture of attractive boulevards, with storefronts on the sidewalk, rather than being pushed away from the street and out of walking distance behind enormous parking lots. It suggests the existence of smart, efficient public transportation that people of all ages can easily use to get to the city center.

The Prophet Isaiah described this social atmosphere perfectly when he wrote, “joy and gladness shall be found therein, thanksgiving, and the voice of melody” (Isaiah 51:3). Jeremiah got even more eloquent: “Thus saith the Lord; Again there shall be heard in this place … even in the cities of Judah, and in the streets of Jerusalem … The voice of joy, and the voice of gladness …” (Jeremiah 33:10-11). These prophecies are promises from the same God who richly designed and created this exquisite planet and universe. They are certain to come to pass!

It can be difficult for our minds to conceive of a world where transportation doesn’t pollute; where families can easily access the city and yet live in their own homes on their own land; where industry operates smartly and cleanly without dominating or besmirching the landscape; where urban life is just as healthy and safe as country life. But we can rest assured that this world will soon be here. God has spoken it, and He is not one to go back on His word (Isaiah 55:11).

The question is, will you be there to enjoy it? Turn to God now, and you can do even better: You can be there to help govern it!

Far greater detail exists of this world to come. Read all about it in our inspiring free booklet The Wonderful World Tomorrow—What It Will Be Like.