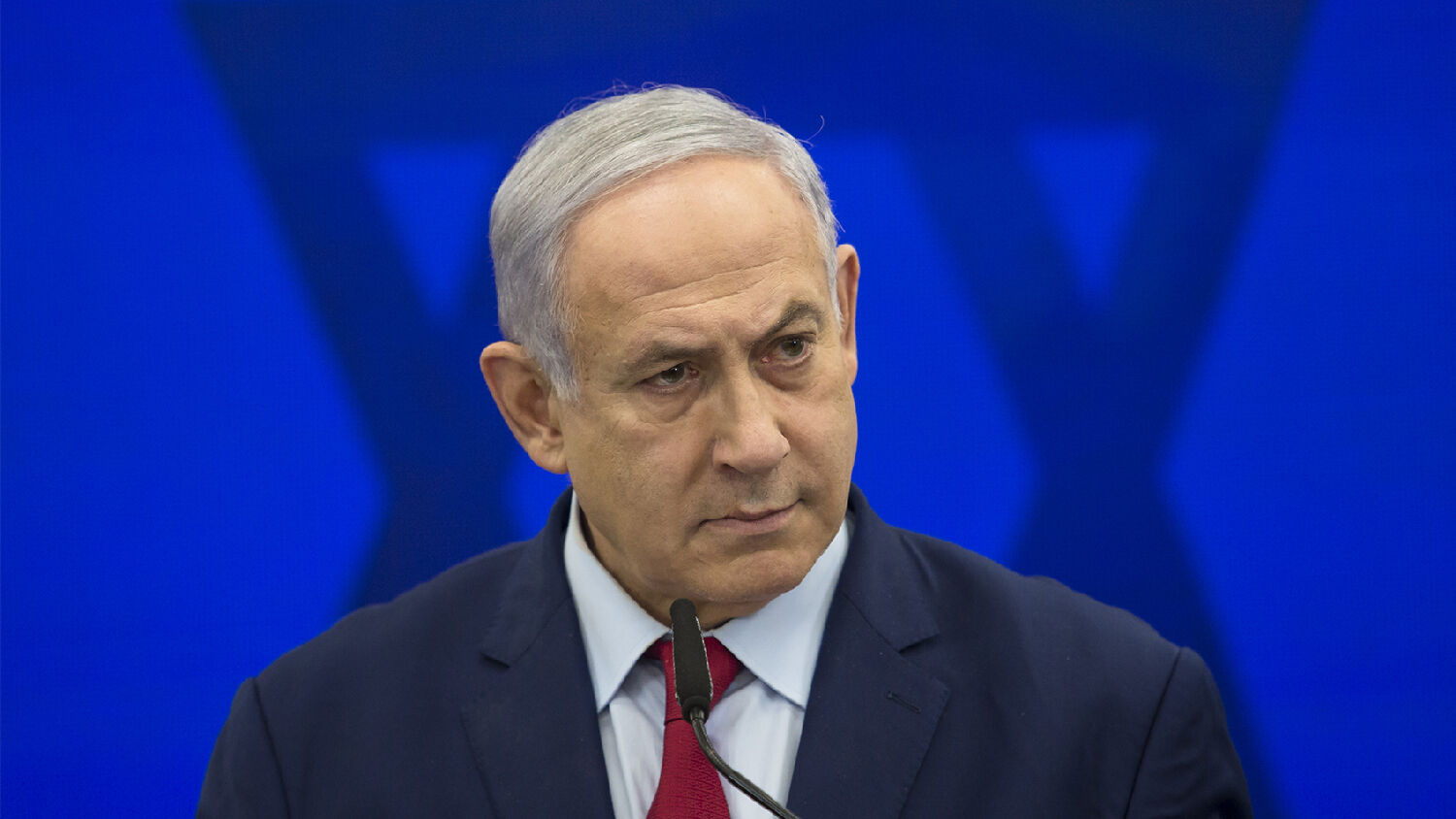 Israelis voted in their second national election in six months on Tuesday. Much like the election last April, this week’s ballot ended with deadlock. Neither Likud, led by Benjamin Netanyahu, nor Blue and White, led by Benny Gantz, won enough seats in parliament to build a government.

In theory, the path forward is actually quite simple. All that needs to happen is for Netanyahu and Gantz—and perhaps Avigdor Lieberman, leader of Yisrael Beytenu—to configure some sort of agreement to create a new government. Earlier today, Netanyahu and Gantz each stated publicly that he wants to enter a partnership with the other, creating a so-called national-unity government.

Don’t count on it. Like so many things in life, putting the theory into practice in Israeli politics is complex, ugly and painful. It’s possible that this is what Israelis can look forward to over the next few days and weeks, and even months, as their leaders attempt to negotiate some sort of path forward. If the deal-making fails, Israel will have another election, probably early in 2020—the third in 10 months.

In a situation like this, it’s important to ask: How did we get here? This is an especially acute question to ask of Israel at this moment.

The Jewish state is more secure, prosperous and powerful than at any other time since its creation in 1948. The nation has problems, and there is plenty of room for improvement, but by virtually every metric, Israel is safer, stronger and healthier than it was in 2009, when “Bibi” Netanyahu became prime minister.

Israel’s leader is a flawed man, as we all are. He has been accused of corruption and bribery, serious charges that must be lawfully and objectively investigated. He is a shrewd political operator and is known to be ruthless in the pursuit of his ambitions. But look at the facts: Doesn’t the evidence indicate Netanyahu’s ambitions have been, on the whole, positive for Israel?

Why is a man who has made his nation safer, stronger and wealthier having so much trouble getting reelected?

Since 2009, Israel’s per capita gross domestic product has grown by almost 45 percent, significantly better than most Western nations; unemployment has remained low; foreign direct investment has reached an all-time high; and Israel’s standard of living has significantly improved. Economists refer to the past 10 years as Israel’s “golden decade.” This year, for the third year in a row, tiny Israel was ranked the eighth-most powerful nation in the world.

As impressive as these statistics are, they are not even the most important. Netanyahu’s greatest quality, at least to many Israelis, is his resolve to keep Israel safe. The years before Bibi were marked by carnage and suffering. During the Second Intifada (2000–2005), Palestinian suicide bombers killed more than 1,000 Israelis—more than were killed during the Six-Day War. The threat of bus bombs and café attacks caused many, especially in Jerusalem, to live in a perpetual state of fear.

Terrorism remains an ever present threat, but over the past 10 years, it has been forcefully and effectively addressed. The fear that once hung over Jerusalem has dissipated; the nation is confident that it is well defended—mainly thanks to the vigilance of Prime Minister Netanyahu.

Why is Israel having so much trouble reelecting the man responsible for largely solving its problem with terrorism?

Israelis know they live in the most dangerous neighborhood in the world for Jews. Bibi recognizes this too and has built on the success of previous administrations to create a phenomenal military that is respected across the region.

Israel’s military strength is extraordinary, especially when you consider that the nation is only marginally larger than New Jersey. A lot of the expansion, especially the development of the air defense system, has occurred in the last 10 years.

Why is Israel having so much trouble reelecting a man who has made Israel stronger militarily, and therefore more capable of averting large-scale conflict?

I don’t have the answers to these questions. I suspect there is a combination of factors at play. Ten years is a long time; no doubt some Israelis simply want a change. Perhaps some have forgotten the fear and anxiety induced by regular suicide bombings and want Israel to take a softer approach toward the Palestinians. Culturally, Israel, like Britain and America, has experienced a significant shift to the left. As society becomes more liberal, Benjamin Netanyahu’s alliance with the religious parties becomes unpalatable to more people. Then there are the politicians, especially in the opposition, many of whom believe it is time for Netanyahu to step aside so that they can make a run for the top job.

There is another factor too, and this could be key. Like America and Britain, the State of Israel has a powerful radical-left movement. How much influence did radical-leftist media have on the election this week? Nearly all of Israel’s main newspapers and news websites have a view of Netanyahu that ranges from apathetic to openly hostile.

Like United States President Donald Trump, Bibi is under constant attack. He is regularly called a racist, fascist and an arch-murderer. He is called a war criminal and is compared to Adolf Hitler. Such epitaphs are now routinely deployed by mainstream journalists, analysts and politicians, in print, on tv and on the Internet. “Why do Jews hate Prime Minister Benjamin Netanyahu?” asked one opinion columnist in Haaretz last week. “For good reason. For many, many good reasons. But this one is enough: Benjamin Netanyahu is a supremacist. His entire reelection campaign is hatred. There’s nothing else left.”

Actually, most regular Jews do not “hate” the prime minister. Yes, some Jews are ready for a change, perhaps for some of the reasons stated above. Some are concerned about the accusations that have been brought against the prime minister, and rightly so. But the Jews with the greatest hatred for the prime minister are among Israel’s elite, and include many within the media.

One recent article said a new Netanyahu government would be “xenophobic hell.” Another called him the “prince of darkness.” A recent article in the Jerusalem Post said the prime minister was engaging in “despicable demagoguery disdaining democracy ….”

On Twitter, the reaction to the news that Netanyahu appeared to be struggling was overwhelmingly positive. I’m guessing here, but at least two thirds of the tweets were elicitations of joy. Many hoped it was a sign of things to come for Donald Trump next year. (See for yourself: Check out #israelelections2019.)

No one expects (or wants) the media to write only positive stories full of sycophantic praise for Benjamin Netanyahu. The allegations of corruption are serious and should be investigated. Facts should be reported. Israelis should be able to learn the full truth, and to vote on the basis of the truth.

But when it comes to Bibi Netanyahu, the truth and facts are often marginalized or completely ignored and the radical left falls into a blind, uncontrollable, almost unfathomable, rage. It operates almost purely on emotion.

Where does this come from?

The Bible reveals the answer to this question. Trumpet editor in chief Gerald Flurry has explained the answer many times in recent years, most especially in his booklet America Under Attack. The answer revolves around Revelation 12:9-10. This passage shows that there is an unseen evil spirit being influencing humanity. He is called “the Devil, and Satan,” and he is attacking all mankind, but especially those people who have a history with God—primarily America, Britain and the State of Israel.

God also has a unique and special relationship with Israel. (This is explained in The United States and Britain in Prophecy.) This means Satan has a special hatred for this nation too. “This evil spiritual power is influencing the radical left!” writes Mr. Flurry.

“Donald Trump is a man with serious problems,” he continues. You could say the same of Benjamin Netanyahu. “But the radical left is relentlessly waging war against the president and leading this country to its destruction!”

Israel has had some extraordinary success over the past 10 years. But the media doesn’t want to discuss any of that. It belittles Netanyahu’s accomplishments, ignores the complexity of many issues that he has to deal with, and reacts with glee and exaggeration when the opportunity arises to attack him.

What about showing some praise and gratitude for what Bibi Netanyahu has done for his nation? This man has some serious flaws, but all politicians do. Politics in this world is a filthy business.