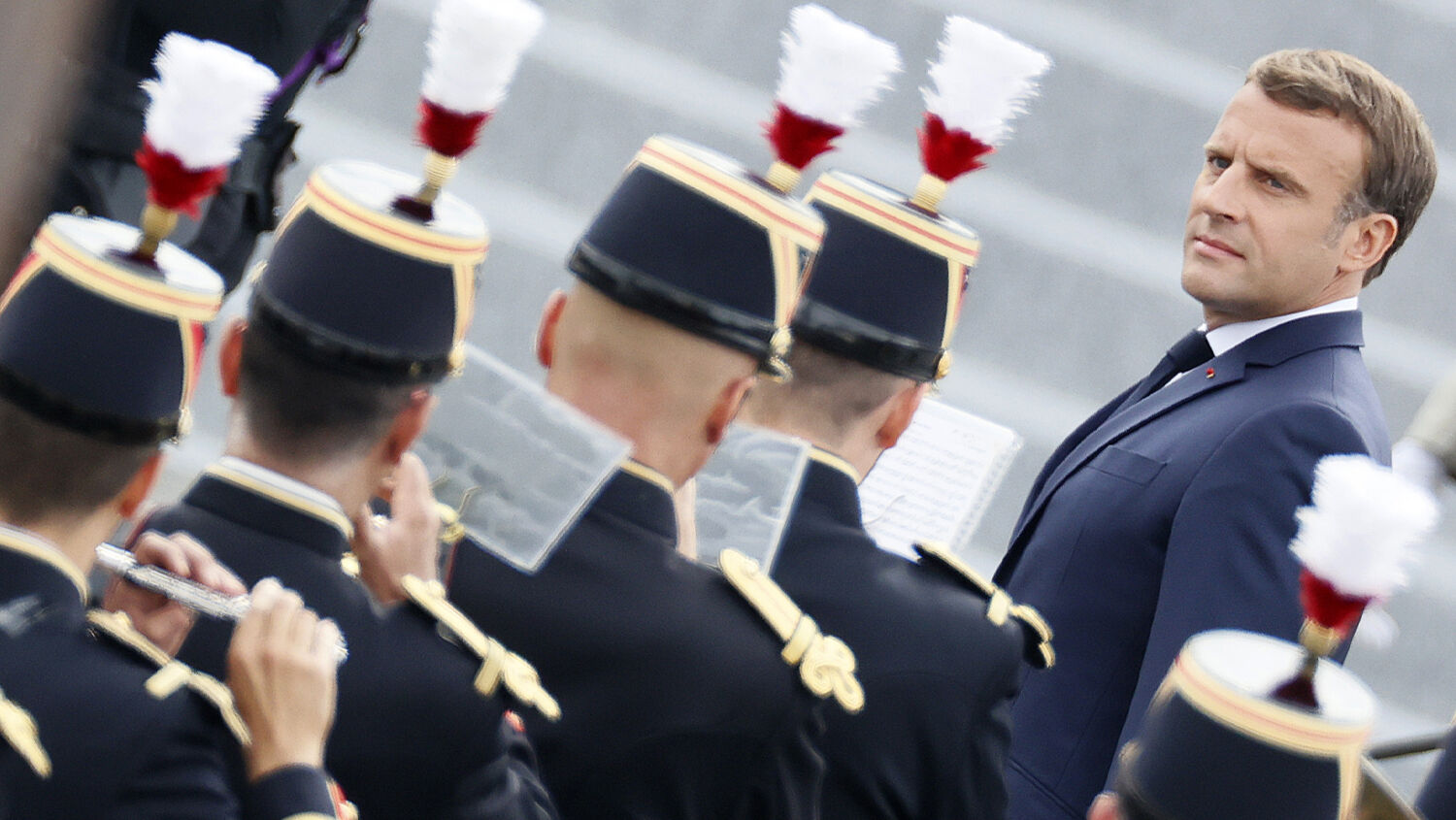 “The hour is grave. France is in jeopardy, threatened by several mortal dangers.” That is the beginning of an open letter addressed to French President Emmanuel Macron and his government (Trumpet translation throughout). It was signed on April 21 by 20 former generals and more than 1,500 members of the military, police and gendarmerie. It calls on France’s leaders to “safeguard the nation” from Islamic threats and to preserve France’s history.

“[W]e remain soldiers of France and cannot in the present circumstances remain indifferent to the fate of our beautiful country,” the letter states. It expresses fear that France is “disintegrating with the Islamists of the hordes of the suburbs who are detaching large parts of the nation and turning them into territory subject to dogmas contrary to our constitution.”

The open letter was published in Valeurs Actuelles, which is considered a right-wing newsmagazine. Since its original publication, the letter has been signed by thousands more who believe that a failure to act now hazards a military uprising and civil war.

Saying that a military coup might be necessary in a First World nation sounds extreme, but extreme views are tolerated more and more in France. It takes a lot of courage to sign an open letter that goes viral in France and that your neighbors and acquaintances might read. But more and more Frenchmen see the situation urgent enough to take this risk.

“[E]nough procrastination. The hour is serious; the work is colossal. Do not waste time and know that we are ready to support the policies that will take into consideration the safeguarding of the nation. … We can see that there is no more time to procrastinate, otherwise imminent civil war will put an end to this growing chaos, and the deaths, for which you will be responsible, will amount to thousands.”

Geopolitical Futures noted: “That so many current members of the defense and security establishment were willing to sign the letter suggests they do not fear punishment. This is especially notable in a country like France, with a history of the military getting involved in domestic politics. This could be a warning to Macron.”

The retired military leaders don’t necessarily represent a political party, but far-right National Rally leader Marine Le Pen did praise the signatories and attempted to win their support. Le Pen noted: “I invite you to join our action and take part in the battle that is opening and is above all the battle of France. As a citizen and as a woman politician, I share your suffering.”

Polls suggest Le Pen could win France’s next national election and therefore become the commander of France’s military. Like her father, Jean-Marie Le Pen, founder of France’s most popular far-right party, she has brought extremist ideas into the mainstream to the point that they can no longer be ignored.

An estimated 5 million Muslims currently live in France. The refugee crisis that hit its peak in 2015 and 2016 has changed the mood all over Europe. France in particular has experienced several Islamist terrorist attacks, with the latest one occurring last week, as well as intense social unrest. Muslim communities exist as “parallel societies,” conducting their affairs separate from the rest of the country. If nothing else, the rates of Muslim immigration and births are causing concern in many French citizens. Yet their government has tried to suppress these concerns rather than address them.

In recent years, President Macron has taken several steps to confront this issue and ease concerns, but the signatories believe the French government is falling far short of the needed action. Time is working against them, they feel.

The situation in France is tense. Defense Minister Florence Parly called the letter irresponsible. She also said that a coalition between former military personnel and Le Pen would be outrageous. Evidently the government is taking seriously the possibility of politicization of the military and a military uprising.

The letter states that radical Islamists “despise our country, its traditions, its culture, and want to see it dissolve by taking away its past and its history.” Europe’s history and tradition have been saturated not by Islam but by Catholicism.

On this point, the signatories and Macron can agree. On April 9, 2018, Macron addressed French Catholic bishops and more than 400 Catholic leaders, saying:

To voluntarily close my eyes to the spiritual dimension that the Catholics bring to their moral, intellectual, family, work and social lives would be to limit myself to a partial view of France; it would be to misunderstand this country, its history, its people; by remaining indifferent I would be failing to do my job properly. And I would be doing the same if I were to ignore all the religions that are present today in our country.

“Christians are paying for their attachment to religious pluralism with their lives,” Macron said. “I am thinking, of course, of the Christians of the East. Political leaders and the church share the same responsibility to these persecuted individuals, not only because we have historically inherited the duty to protect them, but because we know that wherever they are, they are the symbol of religious tolerance.”

Although Macron is not fighting against radical Islam hard enough for many thousands in France, he also has to remember that millions of others prefer France to remain more liberal. But, historically, Catholic-guided outright opposition to Islam is not the exception, it is the rule. One of the most famous examples came in the eighth century, when Charles Martel, Charlemagne’s grandfather, led Europeans to defeat an Islamic invasion. Historian Edward Gibbon portrayed him as the savior of Christian Europe, writing that without him, “the interpretation of the Koran would now be taught in the schools of Oxford.”

Macron’s shifts further to the right are a reflection of public opinion. What the retired generals are saying may become more and more mainstream.

History repeats itself over and over again. Another clash between radical Islam and Catholic Europe is coming. History indicates it. Bible prophecy guarantees it.

Revelation 17 prophesies a church-state union that matches the characteristics of the Holy Roman Empire. Daniel 11 describes this same empire as the “king of the north.” The context reveals that both prophecies are for the latter days, the time we are living in now.

The prophecy in Daniel 11 describes a confrontation between the king of the north and “the king of the south,” which Trumpet editor in chief Gerald Flurry has identified as radical Islam, led by Iran. Based on these and other Bible prophecies, Mr. Flurry has warned that a clash is about to erupt that will expand into the worldwide cataclysm that Jesus Christ prophesied as “great tribulation.”

“And at the time of the end shall the king of the south push at him: and the king of the north shall come against him like a whirlwind, with chariots, and with horsemen, and with many ships; and he shall enter into the countries, and shall overflow and pass over” (verse 40).

This prophecy “describes a time when Germany’s Catholic empire will wage all-out war, throwing everything it has at radical Islam—and dominating it like a violent flood pouring in!” Mr. Flurry writes in his free booklet The King of the South.

Events in France today show that more and more people are ready to engage in conflict to safeguard their continent and their history. Just a few years ago, such a turn of events would have been unthinkable. Yet the Bible prophesied of it millennia ago. Request The King of the South and Jerusalem in Prophecy to understand how—and why.