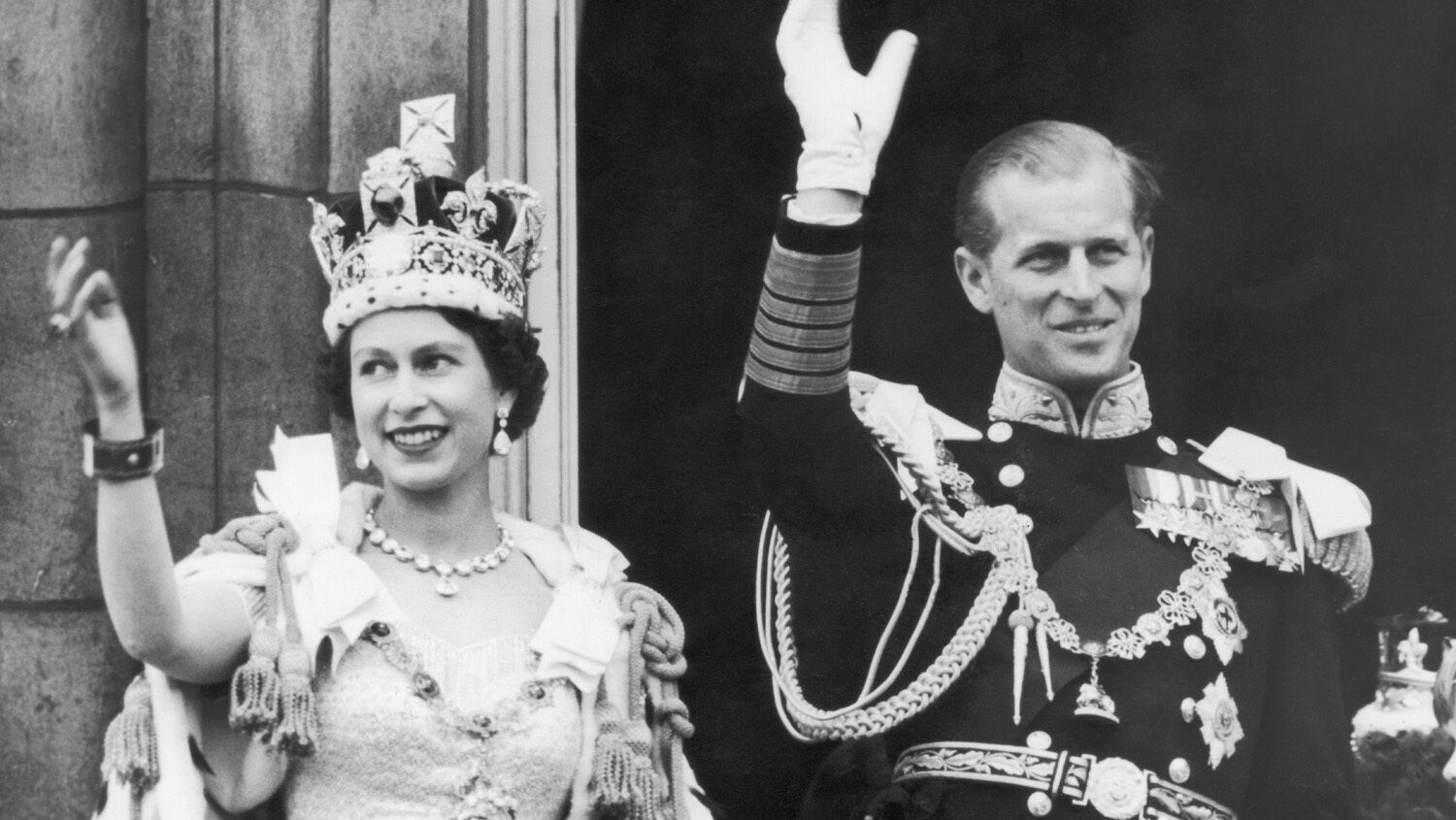 Queen Elizabeth II and the Duke of Edinburgh wave at the crowds from the balcony at Buckingham Palace after Elizabeth’s coronation, 2nd June 1953.
Keystone/Hulton Archive/Getty Images

A tribute to Canada’s longest-reigning sovereign

September 8 started off as a momentous day for me. I turned 25. I always thought of age 25 as being the final milestone for a boy becoming a man, and my head was swimming with thoughts of what this new “badge of maturity” would mean for me. Then even more momentous news from a few hours north in Scotland reached me. Her Majesty Queen Elizabeth ii had died at Balmoral Castle, her estate in the Scottish Highlands.

It made me think of a quote from another famed monarch of history. King Solomon wrote in Ecclesiastes 7: “A good name is better than precious ointment; and the day of death than the day of one’s birth” (verse 1). Everybody changes age once a year. There’s nothing remarkable in that. But the death of such an iconic figure as Queen Elizabeth is a day to remember.

The Queen was 96 and had just celebrated being on the throne for 70 years. Her death wasn’t anything people weren’t expecting at some point. But it has still been a big shock—to me and to many others. Elizabeth ii was Queen when I was born in 1997. She was Queen when my father was born in 1955. She’s been a constant in British—and in my case, Canadian—society for so long, things don’t seem completely normal without her.

I’ve been living in the United Kingdom for about two years, but I was born on the Pacific coast of Canada, on the other side of the world from Buckingham Palace. My home province may be the former colony of British Columbia, but I have no heritage with the original British settlers. My family’s roots are in Eastern Europe: My mother is a Serbian citizen who immigrated a few decades ago; my father is the son of World War ii-era Yugoslav refugees. I grew up speaking Serbo-Croatian to my family, eating traditional foods, listening to traditional music. In multicultural Vancouver, a lot of people have similar stories. With everybody being from somewhere else, there wasn’t a whole lot you could grab onto as a collective national heritage. In a sense, I grew up rootless—somewhat detached from my land of birth.

Queen Elizabeth (and now King Charles) was often called the head of the British monarchy. But she wasn’t only a British monarch. She was the queen of 14 other countries—the Commonwealth realms. Canada was one of those countries. She was my queen.

Many may be surprised at how big a presence the monarchy has in Canada. Queen Elizabeth is on every coin. She’s on our $20 bill. Our other banknotes portray the prime ministers who founded our country and led us through the world wars. Her contribution to Canadian society is considered important and iconic.

In British Columbia, memorials to the monarchy are everywhere. Our former capital city is New Westminster, after the London borough where Buckingham Palace is located. Our current capital is named after Queen Elizabeth’s predecessor on the throne, Victoria. The names of some of Vancouver’s landmarks —Queen Elizabeth Park, Queen Elizabeth Theater—show how popular the Queen herself was.

Longtime Trumpet readers would be familiar with late theologian Herbert W. Armstrong’s book The United States and Britain in Prophecy (request your free copy if you haven’t done so). By comparing biblical and secular history, Mr. Armstrong proved that the English-speaking peoples descended from the lost tribes of ancient Israel. England specifically descends from Ephraim—a tribe God made great promises to. God promised the patriarch Abraham that He would make his descendants, the people of Israel, “a great nation” (Genesis 12:2). Ephraim would become a “greater” people than the other tribes. His destiny was to “become a multitude [or commonwealth] of nations” (Genesis 48:19). This was fulfilled in the rise of the British Empire in the 19th century. The Empire was the largest man had ever seen—and Canada was one of its most important colonies. It was the first to gain dominion status—self-rule under the crown.

Queen Elizabeth’s death meant something personal to me. When I was very young, the Queen gave me a gift. It’s a gift I’ve hung onto and cherished all these years later. And it’s a gift I refuse to let go.

My birth on Canadian soil automatically made me a Canadian citizen. It made me a subject of Her Majesty, who also reigned over the other Ephraimite countries of Britain, Australia and New Zealand. My passport states: “The Minister of Foreign Affairs of Canada requests in the name of Her Majesty the Queen, all those whom it may concern to allow the bearer to pass freely. … The bearer of this passport is a Canadian citizen.” My passport photograph sits next to our royal coat of arms.

Being born a subject of the Queen made me born an honorary Ephraimite. It gave me a connection to the great heritage the British Empire and the monarchy represent. This heritage I treasure. And I thank Her Majesty for giving me this heritage.

“Soon Britain’s empire spread around the world, until the sun never set upon her possessions,” Mr. Armstrong wrote in The United States and Britain in Prophecy. “Canada, Australia, South Africa were given dominion status—made free and independent nations, ruling themselves independent of England—a company, or commonwealth, of nations joined together, not by legal government, but solely by the throne of David!”

Whether you were in Melbourne or Montreal, Gibraltar or Jamaica, Northern Ireland or New Zealand, you could claim the Queen and her throne as your heritage. And you could be a part of a special brotherhood with all of her subjects around the world. I was born into that special brotherhood and have never, ever regretted it.

The Queen returned the love her Canadian subjects had for her. In 2010, her last visit to Canada, she told former Prime Minister Stephen Harper her mother “once said that this country felt like a home away from home for the Queen of Canada. Prime minister, I am pleased to report that it still does.” On the news of her death, Harper said the Queen “loved Canada with all her heart and was truly one of us.”

The current prime minister, Justin Trudeau, was in Vancouver when the news of her death broke. In his speech, a visibly emotional Trudeau spoke of how the Queen “had an obvious deep and abiding love and affection for Canadians.” He said “she was one of my favorite people in the world, and I will miss her so.”

There’s a lot about Mr. Trudeau’s politics I don’t agree with. But if there was a time for Canadians of all affiliations to forget political problems and join together, it would be now. I too mourn the death of “one of my favorite people in the world.” For much different reasons than Mr. Trudeau’s, I’m sure. But I nevertheless fly the maple leaf of my heart at half-mast. I’m sure Canadians from coast to coast feel the same.

Your Majesty, you will be missed.

To learn more about the British Empire’s history with God and the inspiring heritage of the royal family, please request a free copy of The United States and Britain in Prophecy.