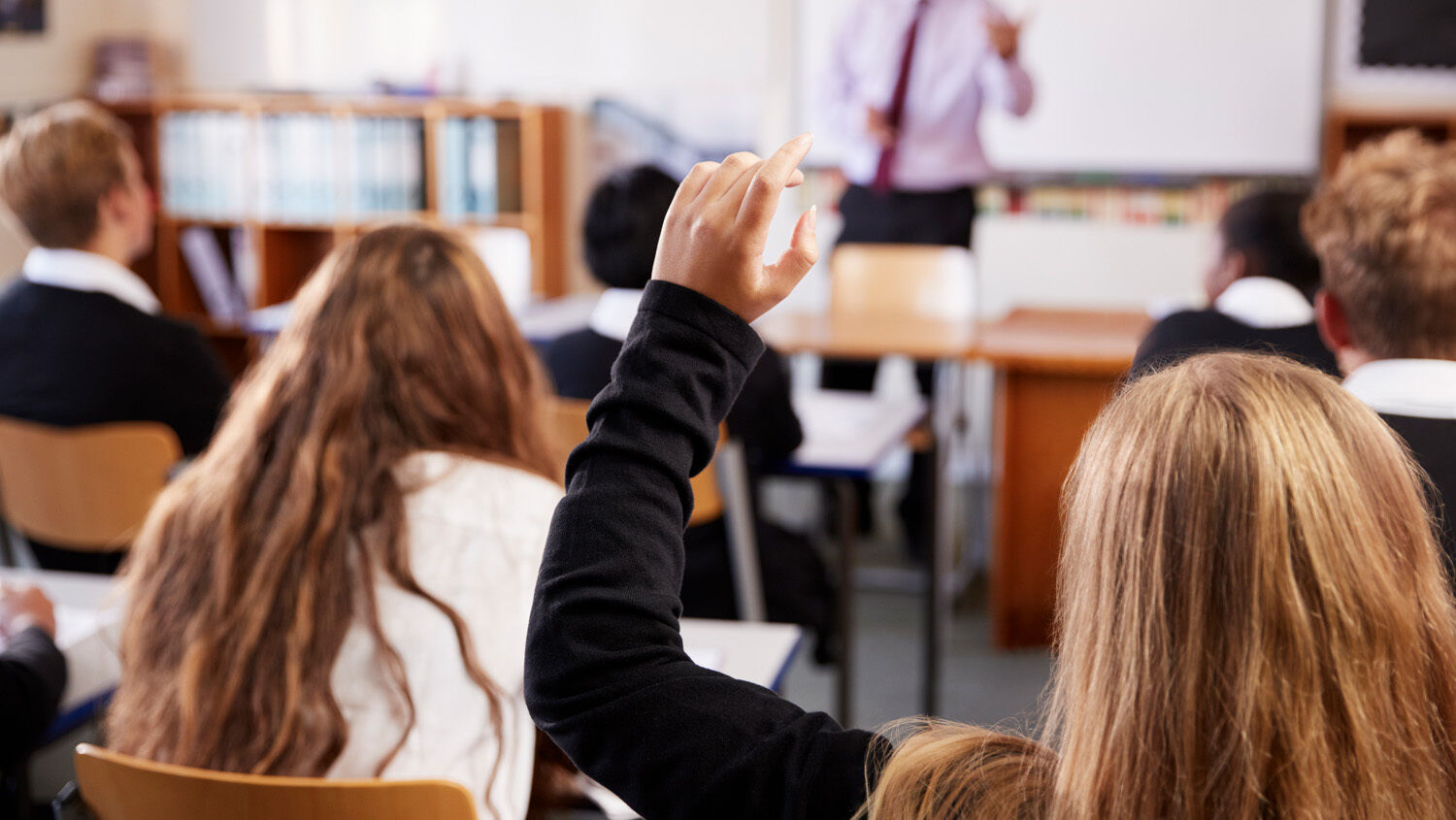 They’re teaching your child his lgbts.

A tragedy occurring in our classrooms for years has only recently been widely exposed. Teachers are teaching, preaching to and shaming students into learning about transgenderism and other deviant sexual propaganda. They’re doing it with teenagers and with children as young as 4 and 5.

Last month, Florida passed the Parental Rights in Education bill, banning public schools from teaching kindergartners through third graders about sexual orientation or gender identity. Why? Because administrators and teachers were feeding sexually deviant, sexually explicit propaganda to young children. Worse, they were deliberately hiding this from their parents. Floridian lawmakers said, This must stop.

That is all that this law does: It keeps kindergarten through third grade focused on reading, writing and math, and keeps sex out of the classroom, especially radical ideas like transgenderism—until fourth grade.

This is extreme? Can’t all Americans agree that our kindergartners should not be instructed by a taxpayer-paid public-school teacher about transgenderism?

No. That simple idea sparked a cacophony of outrage, hatred and resistance. Mainstream media dubbed the legislation “Don’t Say Gay” and painted it as extremist. Radical leftists said it would endanger children’s lives. “Family friendly” Disney announced that the $67 billion megacorporation (which also owns abc, espn, Marvel, Pixar, Lucasfilm, Fox Entertainment, National Geographic and dozens of other companies) would marshal its considerable power to repeal this law. Video emerged of Disney executives discussing how to promote lesbian-gay-bisexual-transgender-queer characters and messages in their content.

This one law brought out the crazies. It showed us just how far off the rails some truly influential people in our society are.

This is an era of evil being exposed. Particularly since the covid-19 pandemic and since America’s 2020 presidential election, the sin, fraud and falseness of the world are being brought to light. What we do about it is up to us.

Our medical industry, our pharmaceutical companies, our bureaucrats, our political class, our spy agencies, our tech companies, our journalists, our media, our entertainment, our economic system, our technology dependence, our foreign relations and all of our societal foundations are being exposed as fraudulent and evil. It is extraordinary that so much powerful evil has been exposed so widely and so unmistakably.

This withering light of exposure has increasingly turned on our public-school classrooms. covid protocols forced millions of children to take classes online, bringing the classroom into the home. Parents were horrified at what they saw. Also, a Twitter account called “Libs of Tiktok” has received prominent national attention from Tucker Carlson and other conservative media outlets. This account simply replays social media posts and clips of radical leftists talking. Here is a handful of teachers explaining to their online followers what they are teaching their students:

These people are openly targeting the youngest of our children with lgbtq propaganda and reshaping their thinking so they can reshape society.

Analysts have compared this to grooming, a term that refers to child abusers manipulating their victims’ minds so they will agree to being victimized. These teachers are grooming impressionable, suggestible children to believe it’s normal for adults to talk to them about sex, even extremely deviant sex, and even about their own sexual desires and practices.

This has been going on for years, much of it in secret. Teachers and administrators did not tell parents. They told the children not to tell their parents. They enacted policies encouraging children to experiment with gender in school. When the truth about these practices began coming out and parents protested, many powerful, influential people came out of hiding and began openly asserting that parents have no right to teach their own children about these things.

These people are such believers in their cause that even as they are discovered, they will lie, attack, resist and double down. They will do whatever it takes to get these children over to their cause.

If you have a child in school, find out right now what he or she is learning. You might have to do some digging, because many people don’t want you to know. They do not believe in parental rights.

Here is a brazen example of the thinking you are up against. It is a song posted by the San Francisco Gay Men’s Chorus, and it’s a message to parents.

They think it’s funny that you are concerned or horrified at what is happening to your children. They also believe their cause is unstoppable. And when you look at how society has already transformed, you can see why. The battleground has moved dramatically every year, as radical deviants advance and people believing in traditional marriage and family fall back. It has gone from tolerating homosexuality to embracing homosexual marriage to tolerating transgenderism to allowing students to use the opposite sex’s bathroom to teaching elementary school kids about their genitalia to teaching them that they can be the opposite sex (even to the point of being surgically mutilated) or invent their own to having kindergartners choose new personal pronouns each day at school.

The campaign has mostly advanced in the dark, but now the light is shining in. People are resisting—and the deviant army is switching to open cultural warfare.

Sadly, these efforts are succeeding. Those themes in the classroom, in the Disney movies and throughout society have had their effects. The percentage of people, especially among youth, who tolerate or approve of sexual deviance is a supermajority, and the number who actually identify as some variety of deviant is skyrocketing. Among people in their 20s, it is now reportedly 1 in 6.

And if the transgenders and their allies have their way, this is just the start.

Left unchecked, this single trend will destroy society. One law telling people to refrain from sexually corrupting their children until fourth grade is not enough.

Many of the people pushing these twisted ideas are bizarre—cross-dressed, dyed-hair, tattooed, pierced, eye-lined, childishly emotional, self-absorbed people. They may be the slim minority—but they show the end results of embracing such thinking. They are the early adopters, the vanguard. And their numbers are mushrooming, and they are growing more and more outlandish, extreme and outspoken. They are the ones we are being forced to wholeheartedly embrace and support, or suffer their profanity-laced tirades or punishment under man’s law. These people expose the direction society is going—with breathtaking rapidity and haste.

Look at them to get a glimpse at the true nature of cultural, sexual, political and literal revolution being foisted on us. These people want to reduce who you are to your sexuality. They want to make sex the most important form of personal identity and achievement. They want to exalt bizarre self-expression into the highest virtue. They want to turn our whole society into a place where celebrating diversity in its most outlandish forms is virtually the greatest thing you can accomplish.

And sadly, this radical movement has already changed us. The fact that we’re arguing over banning schools from sexually corrupting 5-year-olds shows it has won many battles. It has shifted the battleground deep into our territory, into our schools and homes.

Once they conquer their remaining objectives, what will the culture they create really look like?

Commentator Glenn Beck recently did a program called “Project Groomer” that includes this clip from Yuval Noah Harari, an Israeli intellectual and futurist who has spoken several times at the World Economic Forum conference in Davos, Switzerland, where globalists work together to reshape the world to their vision.

If we allow these elites to have their way, he is exactly right. We are raising a generation of children who will actually not understand male, female, husband, wife, marriage, family. They will have no idea about right use of sex, about virtue, chastity, commitment. They will have no sense of morality, responsibility, duty or purpose. They will have no idea how to relate to others, how to rightly live! Many of them will commit suicide.

And men like Harari think it will be a better world.

Their confidence in their ideas, their faith in themselves is so enormous they are implementing them against your children against your will. They are sure they are right and you are wrong.

The truth is coming out. The poisons are being exposed.

The ugly transformation of American society was not caused by a series of unrelated happenstances. It was caused and coordinated by a superior force: Satan the devil. Yes, evil has a source, and yes, it comes from a literal, evil being. If we can’t look at our kindergartens and realize that now, will we ever realize it?

The way Satan operates is clearly visible in the self-absorbed, self-confident, self-righteous, self-destructive tactics of the radicals. Why are these human beings raging and destroying things that are good for human beings? Because they are influenced by a being who is appealing, intelligent, aggressive and just happens to want to destroy human beings. You can see it in how they advocate tolerance until they have power, then they exert intolerance, deceiving you, insulting you, denigrating you, bullying you, threatening you.

But there is a far superior force that has exposed the depths of evil of mankind’s societies. That force is possessed by the Creator of mankind. He is exposing this evil not just as interesting or bizarre news to shake your head at, but so that you can realize that you have to do something.

Out of His mercy, God is showing us the truth. He is holding up a mirror to us and exposing our evil. He wants you to see that you can make a different choice. But you have to make that choice. Will you drift along with implicit faith in our society, our educators, our politicians, our media executives? Will you allow your world, your family and your mind to be shaped by devilish decision-makers?

Or will you trust God? That means submitting to His definition of right and wrong—which means admitting that you are wrong.

All the secret things are coming out. All the covered things are being revealed. All the hidden things are being made known. Why? Deuteronomy 30:19: “I call heaven and earth to record this day against you, that I have set before you life and death, blessing and cursing: therefore choose life, that both thou and thy seed may live.”