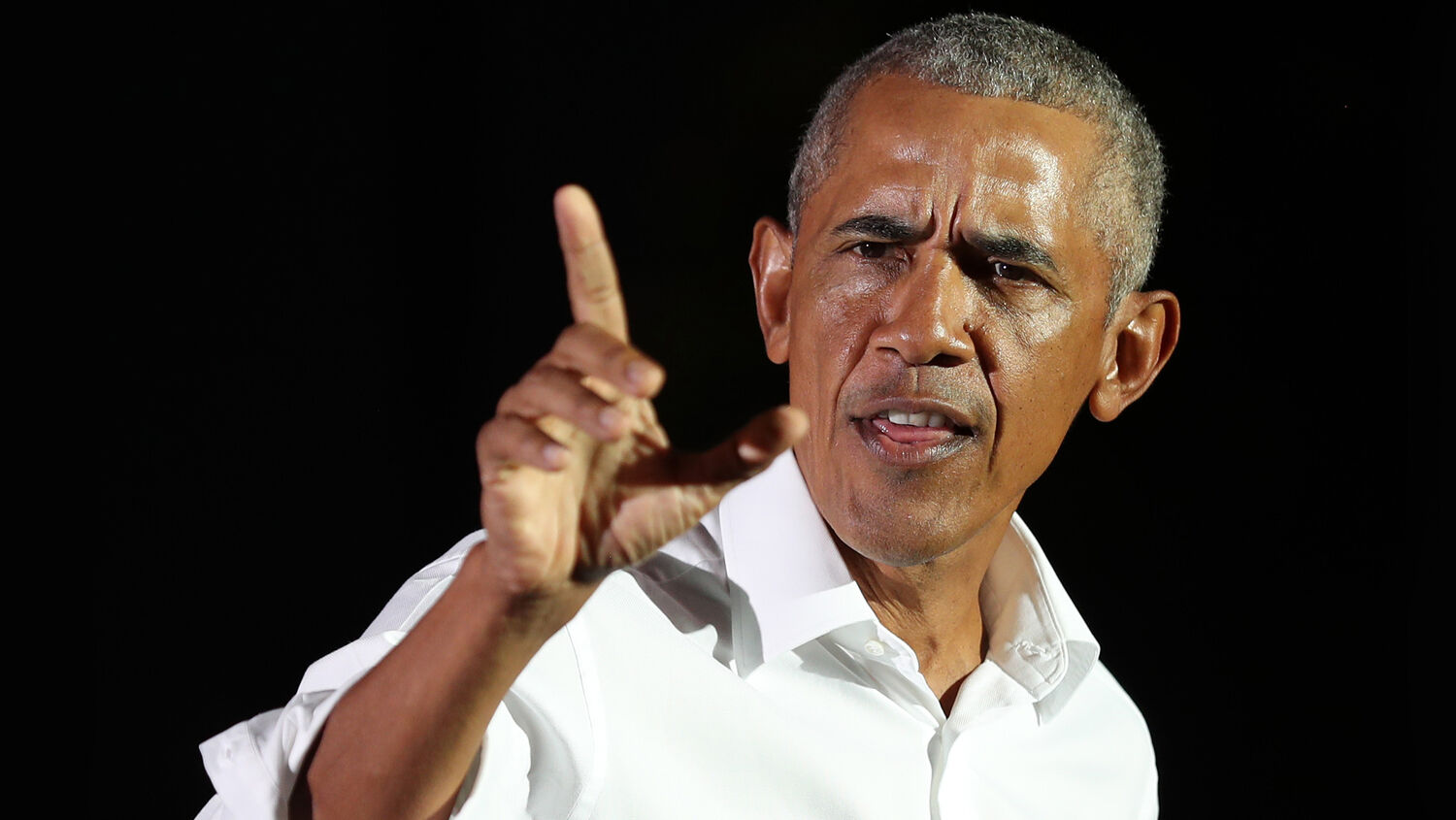 What role is Barack Obama playing in America’s election crisis? This is arguably the most underreported aspect of the extraordinary effort to take down Donald Trump and demolish America. The more you research this question, the more you realize: All roads lead to Barack Obama.

In today’s Trumpet Brief, I want to spotlight just one of these roads.

In his new book, A Promised Land, Barack Obama heaps praise on David Plouffe, his former campaign manager. Obama has publicly lauded Plouffe as the unsung hero and supreme architect of his presidential campaigns. Plouffe was the strategic mastermind behind Team Obama’s extraordinary 2008 grassroots campaign and its pioneering digital program.

When Obama took office in January 2009, Plouffe took a sabbatical. But he never left Obama’s orbit; he remained an outside senior adviser to the Obama administration. In 2011, Plouffe returned to the White House and did a two-year stint as an assistant to the president and senior adviser. Reading Obama’s book, it’s obvious that he and Plouffe are kindred spirits and are very close.

In January 2017, at the same time President Obama left the White House, David Plouffe was hired by Facebook ceo Mark Zuckerberg to be the head of policy and advocacy at the Chan Zuckerberg Initiative (the Zuckerberg’s philanthropic organization). In this role, Plouffe was responsible for leading czi’s effort to support political and policy reform across America. Plouffe retired from his full-time position at czi in October 2019, but remained with the organization in the part-time role of resident “strategist.”

So, here’s what we know so far: Barack Obama and David Plouffe are close, and David Plouffe and Mark Zuckerberg are close. There is also plenty of evidence to show that Obama and Zuckerberg have a strong relationship, so it’s reasonable to conclude that all three know each other well. These men have worked together for years now. And most significantly, these three are political and ideological brothers.

Now, let’s skip ahead to this past September and October. This is when the Chan Zuckerberg Initiative gave $350 million (in two installments) to the Center for Tech and Civil Life (ctcl). Established in 2012 and headquartered in Chicago, the ctcl is a nonprofit organization that works with citizens, community groups and local governments to promote greater participation in federal, state and local elections. Its mission is to “connect Americans with the information they need to become and remain civically engaged, and ensure that our elections are more professional, inclusive and secure.”

The ctcl claims to be nonpartisan, but as you will see, it doesn’t take much digging to learn that it leans heavily to the left.

Back to Zuckerberg’s money. Prior to receiving his gigantic donation, ctcl received an average of around $1 million per year. Only a pittance of what it received from Facebook’s ceo this fall. How did Zuckerberg learn about this relatively small nonprofit in Chicago? It’s hard to imagine David Plouffe, as former head of policy and advocacy and the resident “strategist” at Zuckerberg’s organization, not being involved in the decision to donate $350 million to ctcl. After all, this was exactly the type of work he was brought on to do.

It’s even plausible that Barack Obama himself put ctcl on Zuckerberg’s radar. ctcl and some of its principal staff have multiple connections to the former president, even going as far back as his 2008 presidential campaign. Tiana Epps-Johnson, ctcl’s founder and executive director, is an Obama Fellow at the Obama Foundation in Chicago.

Here’s what we do know: When ctcl received Zuckerberg’s first donation, it immediately gave at least $75 million to local authorities in heavily Democratic areas in battleground states!

“The vast majority of the money handed out by ctcl—especially in the early days of its largesse—went to counties that voted overwhelmingly for Hillary Clinton in 2016,” wrote Ken Blackwell in Breitbart.

In Plouffe’s A Citizen’s Guide to Beating Donald Trump, released earlier this year, he wrote that “the contest for the presidency may come down to block-by-block street fights in Detroit, Milwaukee and Philadelphia.” Is it a coincidence, as Blackwell wrote, that “some of the biggest recipients [of ctcl’s money], in fact, were the very locales Plouffe had identified as the linchpins of the Democrat strategy in 2020”?

All these are overwhelmingly Democratic counties or cities in four key swing states. And all of these cities and counties received at least $2 million from Mark Zuckberg via ctcl less than two months before the election!

In September, not long after the ctcl began distributing the money, lawsuits were filed against the organization in four states. These suits were filed by the Election Integrity Fund in Michigan, the Wisconsin Voters’ Alliance, the Minnesota Voters’ Alliance and by a group of candidates and office-holders in Pennsylvania. These lawsuits argued that the local governments were prohibited by federal law from accepting private federal election grants.

The plaintiffs in these lawsuits were worried that the money donated by Mark Zuckerberg—who was counseled by David Plouffe, and maybe even Barack Obama—would be used to commit fraud!

The lawsuit filed in Michigan claimed that Zuckerberg’s money was given to county officials in the battleground state to print and distribute absentee ballots and mail-in ballots, and to add extra drop boxes in Democratic areas. The lawsuit stated that the purpose of the money was to increase ballots cast “in only certain urban and predominantly Democratic precincts” and to “selectively influence the outcome of the 2020 general election.”

Unfortunately, all four lawsuits were dismissed. The reasons for this varied, but the judges across all states generally rejected the notion that the money would be used to manipulate the election. In the end, that’s exactly what happened!

Under the advice of David Plouffe, and perhaps Barak Obama himself, Mark Zuckerberg paid election officials in heavily Democratic counties in Pennsylvania. He paid for extra drop boxes in heavily Democratic counties. He paid for extra polling places in Democratic areas. As Ken Blackwell wrote, “Zuckerberg and ctcl left nothing to chance. … [W]riting detailed conditions into their grants that dictated exactly how elections were to be conducted, down to the number of ballot drop boxes and polling places.”

In this article, we have considered only one of the paths of evidence that suggests Barack Obama lies at the epicenter of this election crisis. There are others. The fact that the media is not seriously investigating evidence like this, nor exposing what figures like Obama, Plouffe, Zuckerberg and the entire radical left are doing, is itself a massive scandal!

In his recent article “Why Donald Trump Will Remain America’s President,” Trumpet editor in chief Gerald Flurry wrote, “I am also certain that we are about to see some of the biggest frauds exposed perhaps ever!” Over the next few weeks and months, you should expect to see more evidence of Barack Obama’s fingerprints on this election coup.

To understand the prophetic significance of Barack Obama, read America Under Attack. Biblical prophecy reveals that this man is playing a seminal role in America’s downfall, and it’s imperative that we see this.