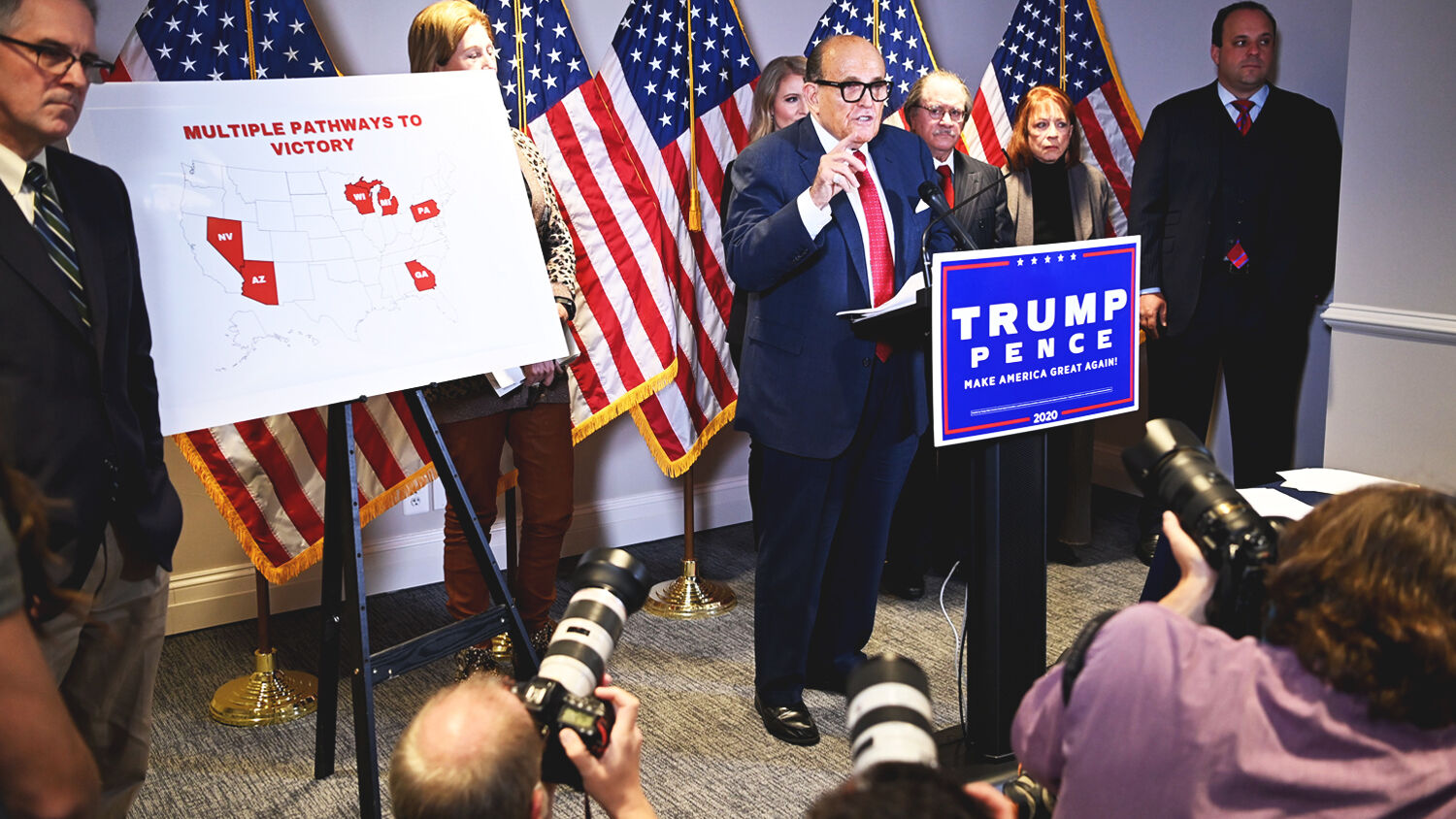 President Donald Trump’s legal team gave a heated press conference yesterday to provide an overview of their legal arguments in court. To this point, the corrupt media complex has completely ignored the evidence compiled by the president’s legal team.

After Vice President Mike Pence left a press conference without answering questions, the reporters in the room stood up and began shouting at him as he walked out the door. One reporter threw up his hands and then threw his pen down on the floor like a child throwing a tantrum.

With just two weeks left in the White House back in 2017, President Barack Obama’s DHS director, Jeh Johnson, issued a directive that called for voting companies and states to work together with the federal government. What’s behind this directive and why was it issued as the Obama administration was walking out the door?