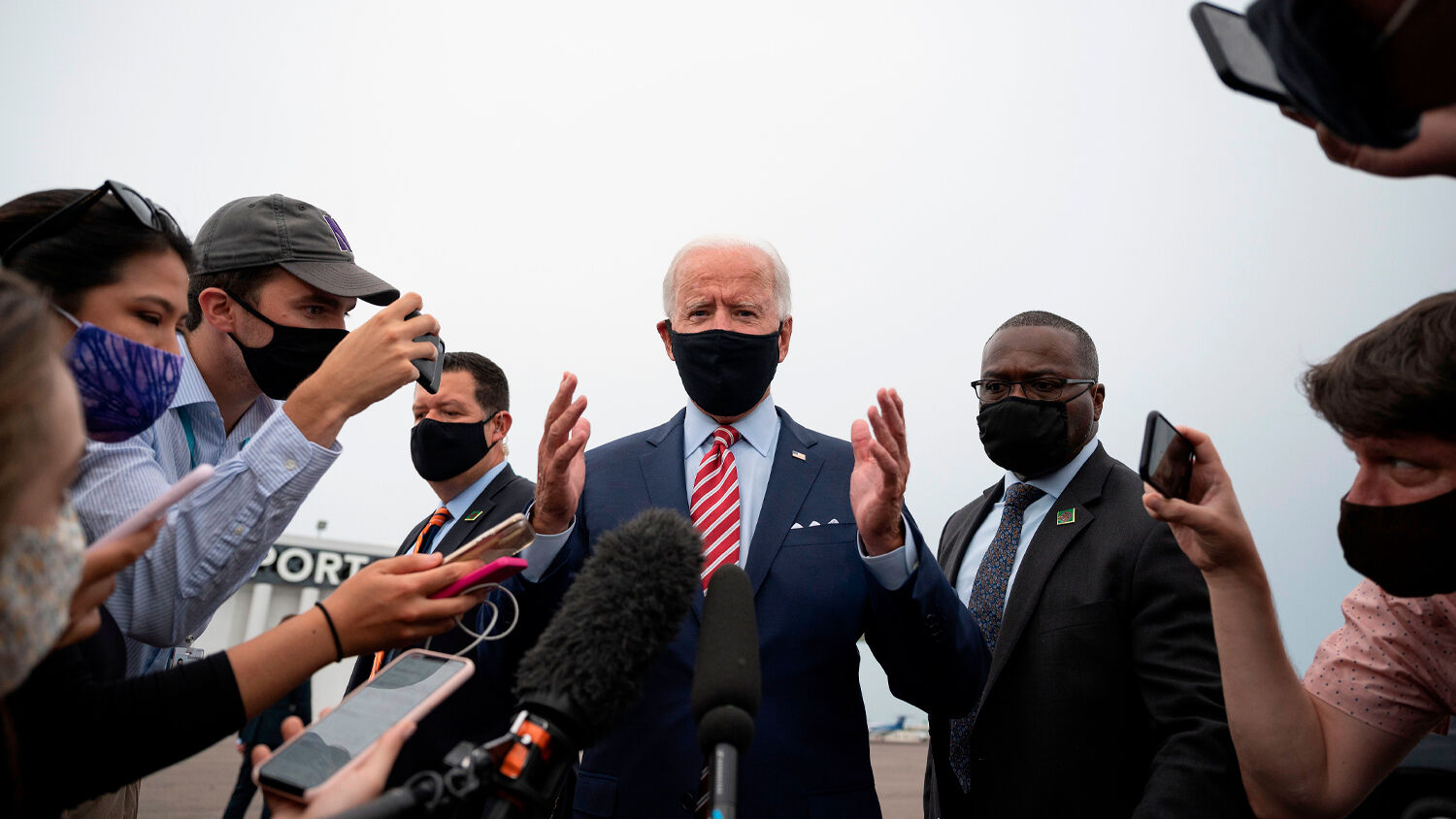 Democratic Presidential Candidate, Joe Biden, speaks to the media as he departs a roundtable event with Tampa-area veterans and military families in Tampa, Florida on September 15, 2020.
JIM WATSON/AFP/Getty Images

Last night’s town hall with President Donald Trump quickly turned into a debate with NBC moderator Savannah Guthrie. Over on ABC, Joe Biden’s town hall was more of a softball session. Not one question was asked about his family’s pay-for-play scandal involving Ukraine, Russia and China.

Social media giants are facing scrutiny over their decision to censor the New York Post over the Biden scandal.

In recent months, we have repeatedly emphasized the Trumpet magazine and its track record of getting it right—“tomorrow’s news today.” In this segment, we spotlight a powerful article from way back in March 2004: “The Deadly Left-Wing Media.”

Before Abraham Lincoln became president, he spent 23 years as an attorney becoming grounded in law. This would prove to be invaluable training for Lincoln’s presidency during the 1860s.