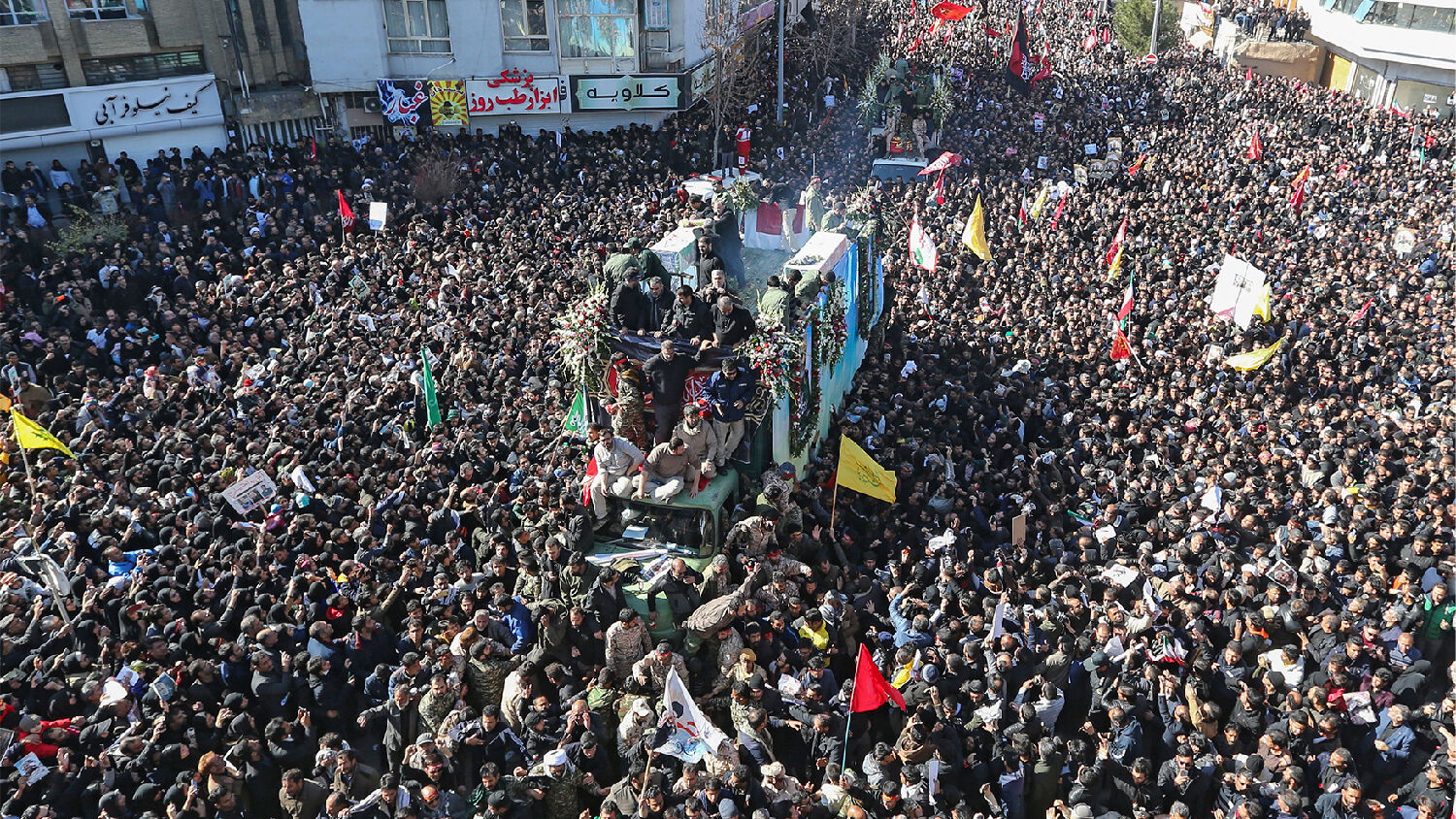 Iranian mourners gather around a vehicle carrying the coffin of Qasem Soleimani during the final stage of funeral processions, in his hometown Kerman on January 7, 2020.
ATTA KENARE/AFP via Getty Images

America’s mainstream media outlets seem to be mourning the death of Iranian terrorist Qassem Suleimani. While regime hard-liners grieve the death of their terrorist general, many ordinary Iranians know he was a war criminal and are happy to see him gone. The Western media chooses to ignore that group. It’s all about bashing President Donald Trump—even if it means glorifying radical, America-hating Islamist terrorists. In doing so, the Western media has turned Suleimani into a saint.

More American conservatives are jumping on board with President Trump’s vision for the Middle East: Why should America even be there? America has energy independence, they argue. Why not let Europe and China, who have greater interests in the area, police the region? This transformation is prophesied in your Bible!

Why is mankind incapable of solving its problems? Why is human history a history of wars? Why can’t people get along with one another? There is a cause for every effect. The Bible explains!