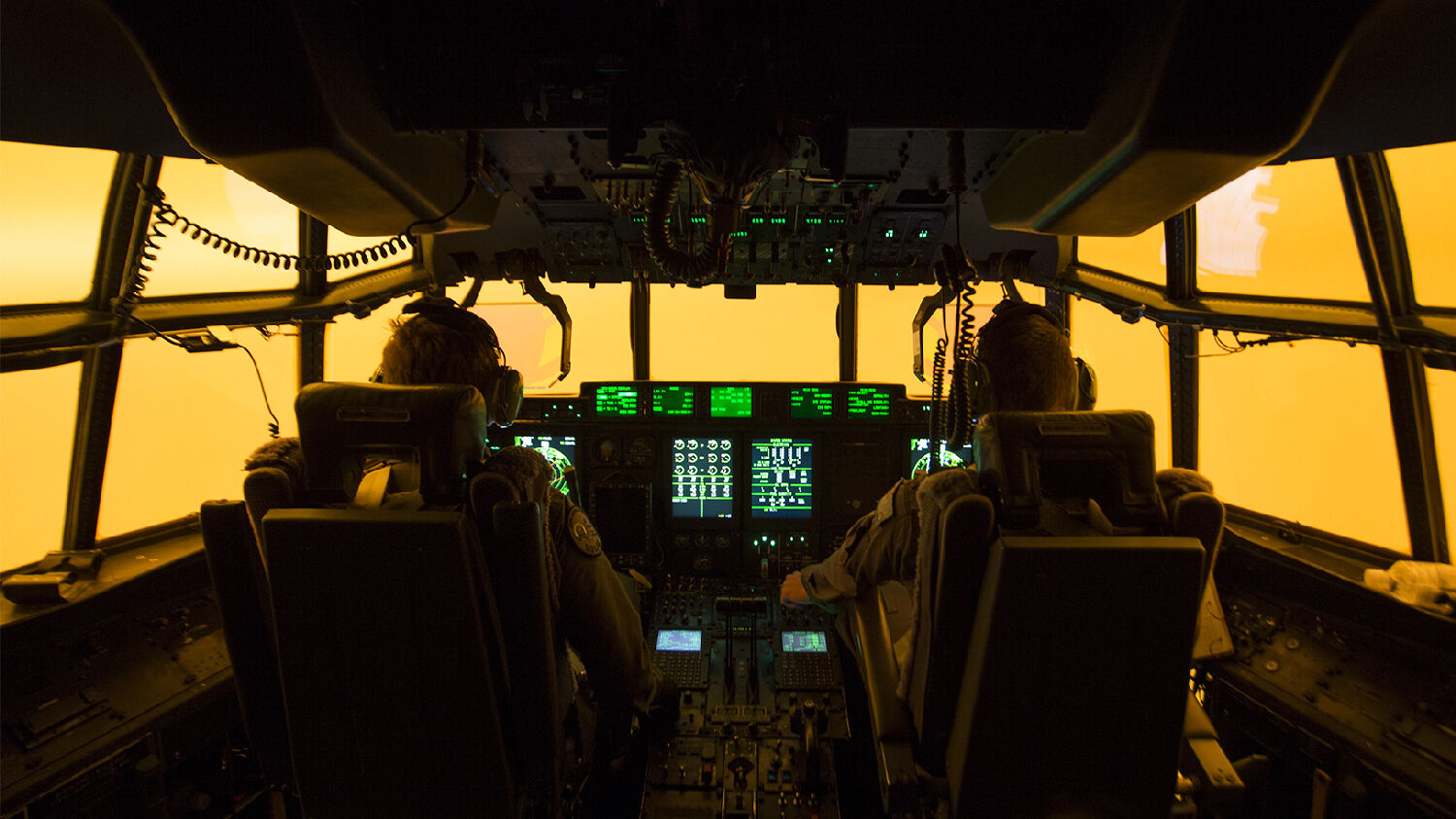 In this handout provided by the Australian Department of Defence, the flight deck is lit by the red glow of the fires as the aircrew of a C-130J Hercules attempt to land at Merimbula airfield to drop off Fire and Rescue crews from the Mid-North Coast region of NSW, to assist fighting the bushfires on January 5, 2020 in Merimbula, Australia.
Corporal Nicole Dorrett / Australian Department of Defence via Getty Images

Australia’s historic fires continue to make headlines and many people are blaming climate change, drawing attention to the great climate “sins” of emitting carbon, bearing children and using plastic straws. Why are so many people willing to talk about climate “sins” but not God’s definition of sin? Isaiah 29:6 says that due to our national sins, “Thou shalt be visited of the Lord with thunder, and with earthquake, and great noise, with storm and tempest, and the flame of devouring fire.” Blaming climate change for these curses is denying God’s existence and the result of breaking His laws.

In this segment, I talk about the attacks Iran’s top general, Qassem Suleimani, was planning to carry out before his death on Friday. Suleimani was deliberately trying to prod the United States into taking action so Iran could use that to stir up anti-American protests. Now that Suleimani is dead, Iran is having to recalculate its plans.

The Obama administration’s approach to Iran was appeasement in hopes the terrorists would to turn into good guys. During those eight years, Iran was inundated with cash thanks to sanctions relief, and its ongoing nuclear program was able to continue under the cloak of the nuclear deal. Iran used that money to fund its proxy terror groups and destabilize the Middle East. When President Donald Trump took office, he made a clear change in direction.