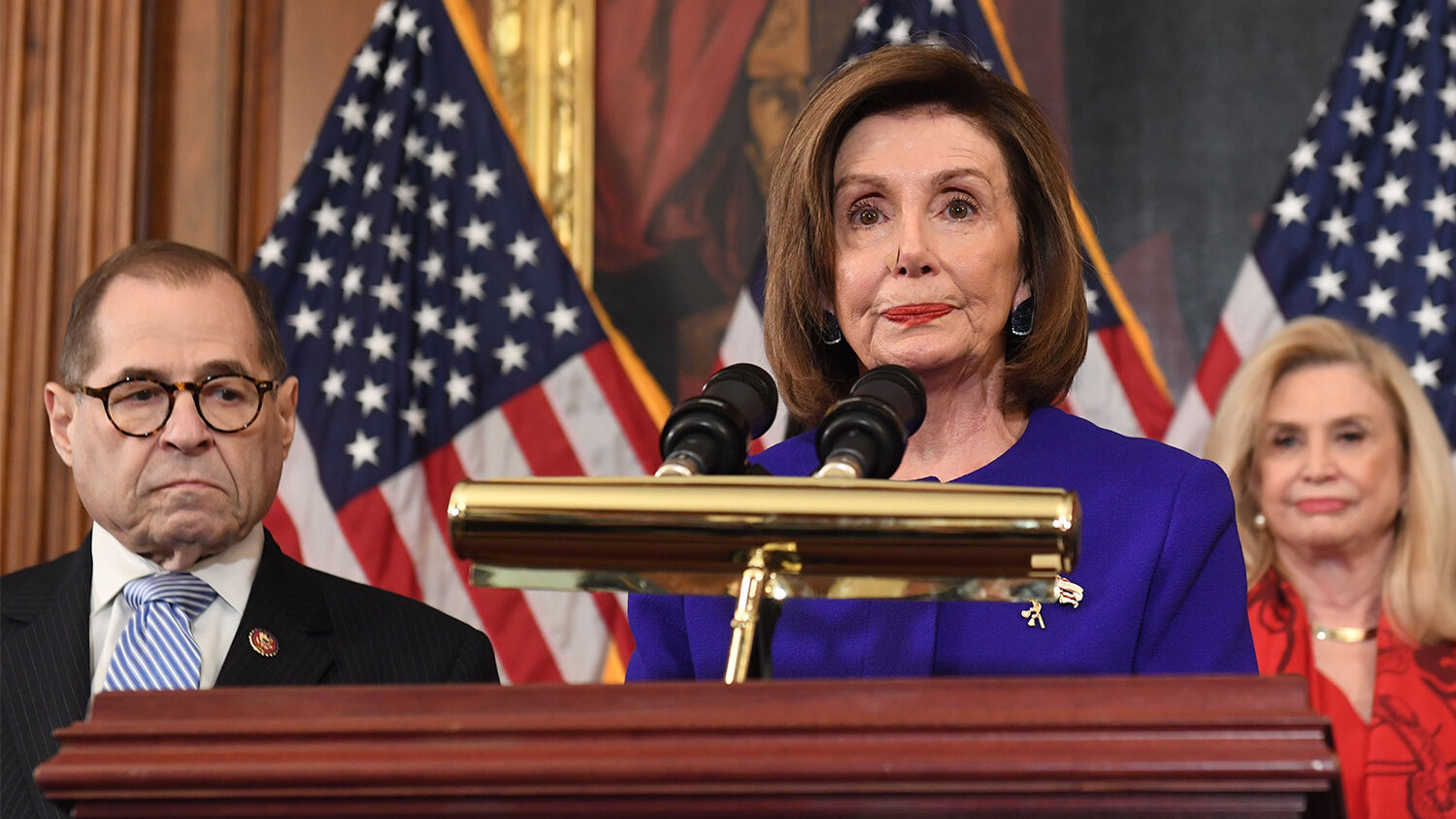 House Speaker Nancy Pelosi speaks next to House Judiciary Chairman Jerry Nadler, Democrat of New York, House Permanent Select Committee on Intelligence as they announce articles of impeachment for US President Donald Trump during a press conference at the US Capitol in Washington, DC, December 10, 2019.
AFP/ Getty Images

Democrats passed articles of impeachment yesterday against President Donald Trump. Speaker Nancy Pelosi has now decided to withhold the articles from the Senate in order to delay the trial. Meanwhile, most Americans aren’t interested in the impeachment debacle.

President Trump is rolling back Obama-era regulations in the United States, opening the way for many businesses and manufacturers to grow. A similar trend is occurring in Britain, where Boris Johnson is leading the country out of the regulation juggernaut that is the European Union.

Debt used to be one of the hotly debated political topics in America and Britain. A few years ago, cutting down debt was at the very least something that politicians made campaign promises about. Today, however, it’s spend, spend, spend, with no end in sight. How much longer can out nations go on like this?

The United Kingdom’s vote to leave the European Union was about more than just trade and regulations.