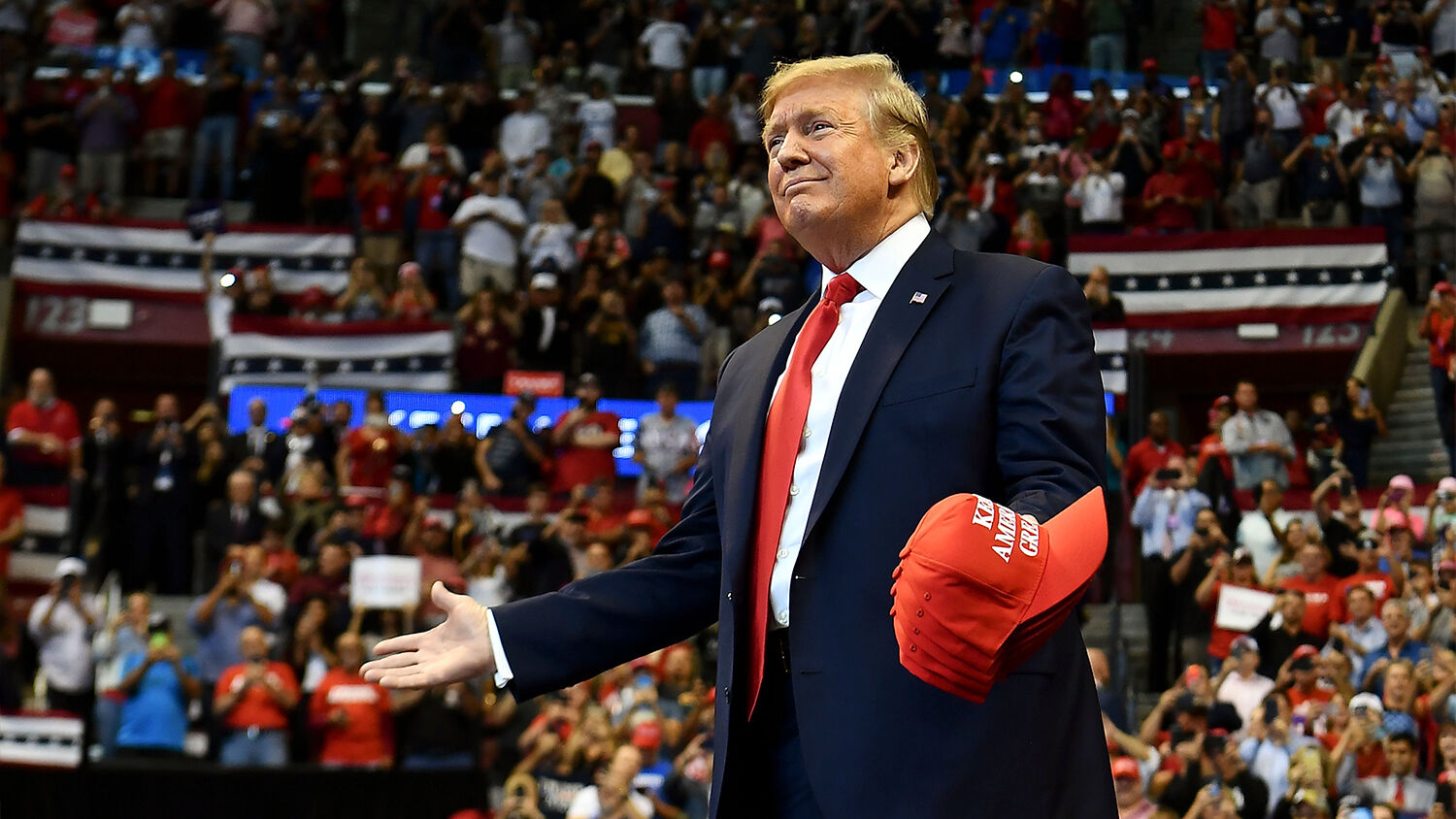 US President Donald Trump arrives for a “Keep America Great” campaign rally at the BBT Center in Sunrise, Florida on November 26, 2019.
MANDEL NGAN/AFP via Getty Images

Franklin Graham recently said that the attempts to overthrow President Trump are driven by a demonic power. Mr. Trump’s energy secretary, Rick Perry, said earlier this week that he believes, as do many others, that Mr. Trump is the chosen one. In this segment, I discuss what the Bible says about Donald Trump’s presidency, and why many of his supporters aren’t getting the full picture.

President Trump continues his fight against a radical left that will stop at nothing to bring him down. Only a few people, including the president, are willing to stand up to these radical forces. Doing so, however, makes them an even greater target for vicious attacks. It’s like Isaiah 59 says: “He that departeth from evil maketh himself a prey.”