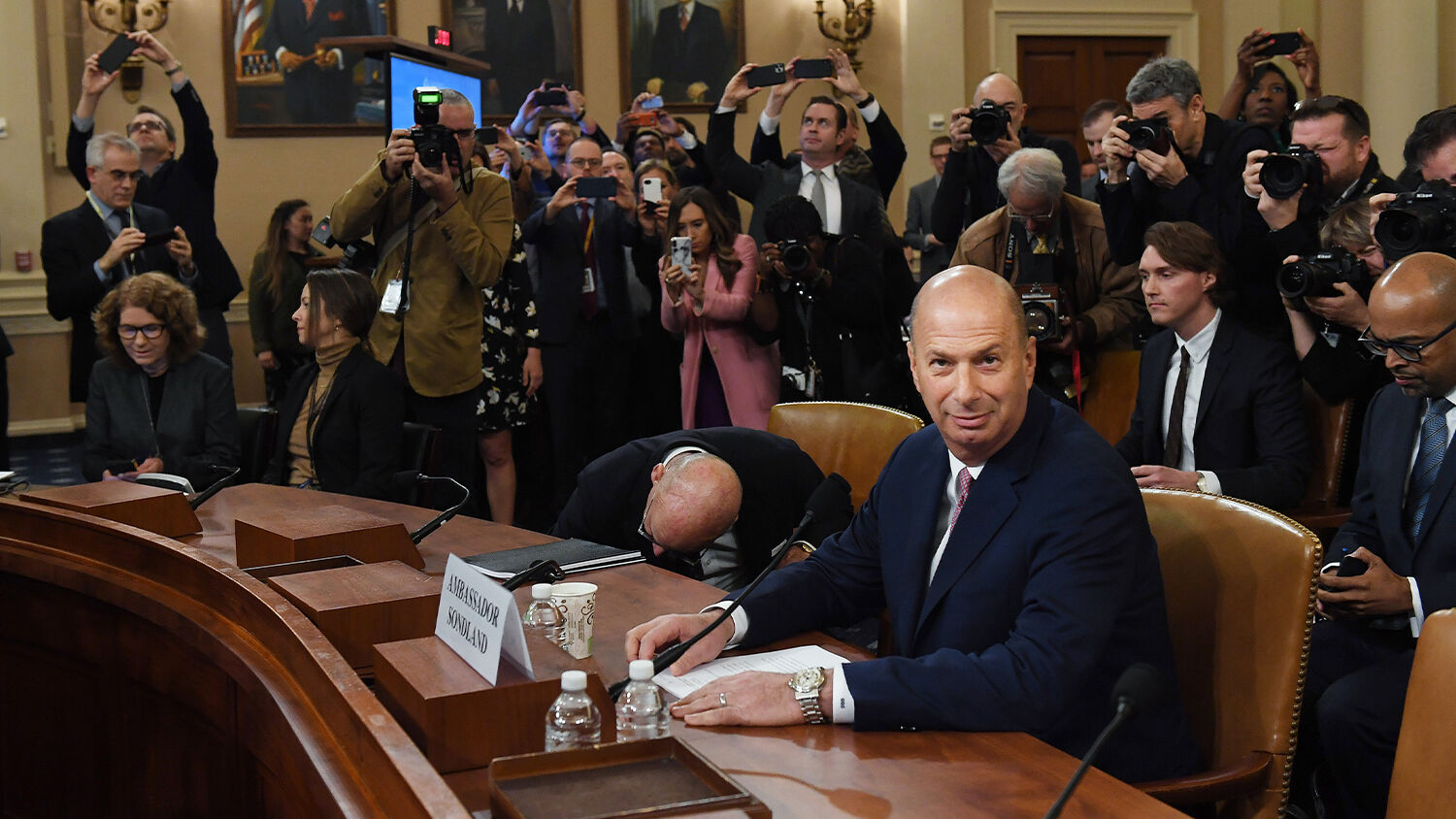 Ambassador Gordon Sondland testified yesterday in his opening statement that there was definitely a quid pro quo between President Donald Trump and Ukraine and that everyone in Mr. Trump’s circle was in on it. Congressional Intelligence Committee Chairman Adam Schiff, upon hearing Sondland’s opening remarks, called for an early bathroom break so he could tell the news media about the “bombshell” revelations.

When Sondland’s testimony continued, everyone learned that he was presuming there was a quid pro quo and there was zero evidence to support his claim. In fact, he actually provided evidence that said the opposite of what he was “presuming.” The impeachment inquiry has been a national disgrace for America. Sondland’s “presumption” platform demonstrates how eager the Democrats and mainstream media are to take down President Trump.