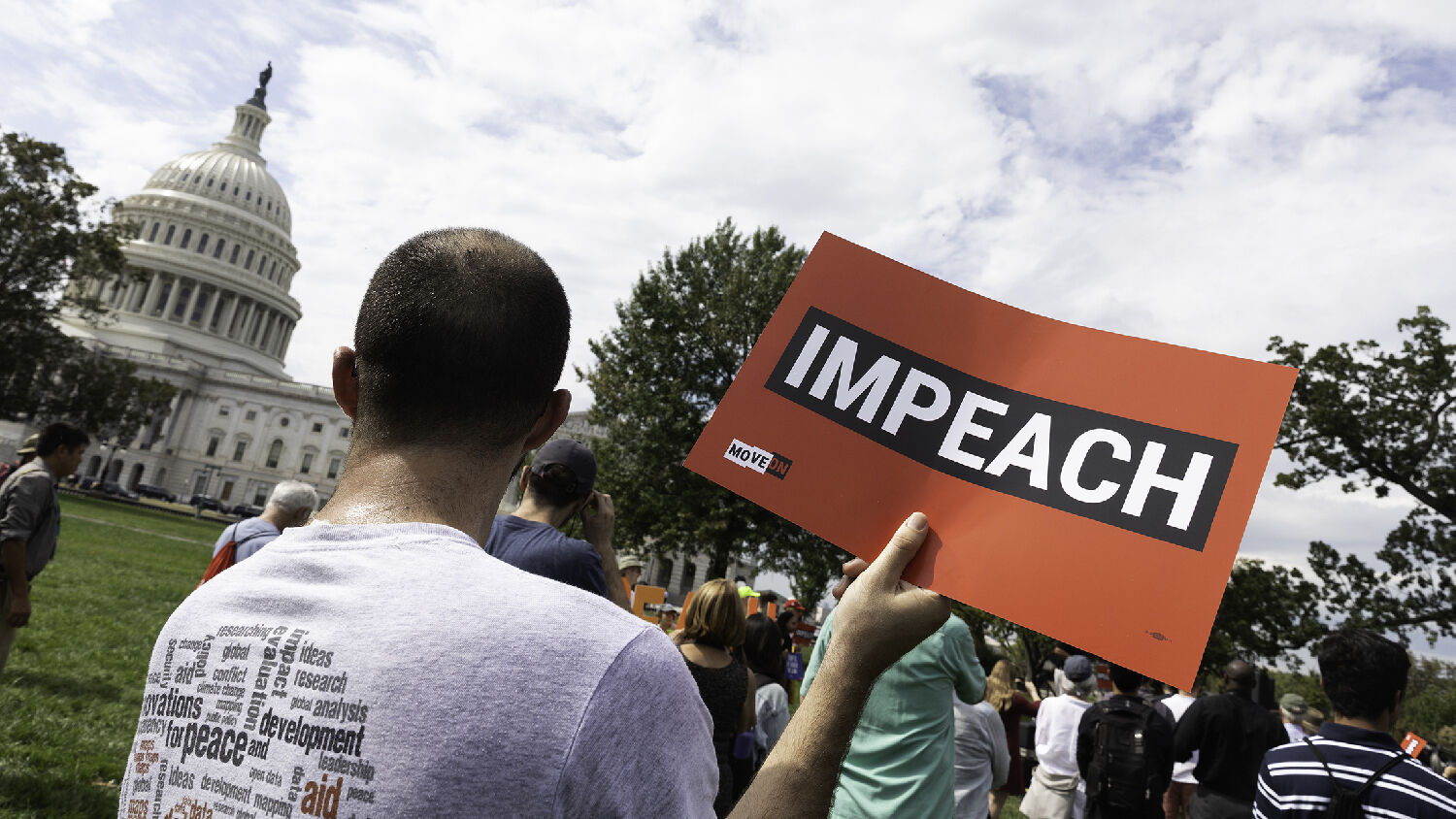 A protester holds up a sign during a demonstration calling for members of Congress to begin the impeachment process at the U.S. Capitol in Washington U.S., September 26, 2019.
Aurora Samperio/NurPhoto via Getty Images

With the release of the transcript of United States President Donald Trump’s phone conversation with Ukrainian President Volodymyr Zelensky, there is no doubting what was said. Yet radical leftists have taken the transcript and constructed a false narrative based on what they think the president meant. In divining the “corrupt” motives of political opponents, they are actually exposing their own corrupt motivations.