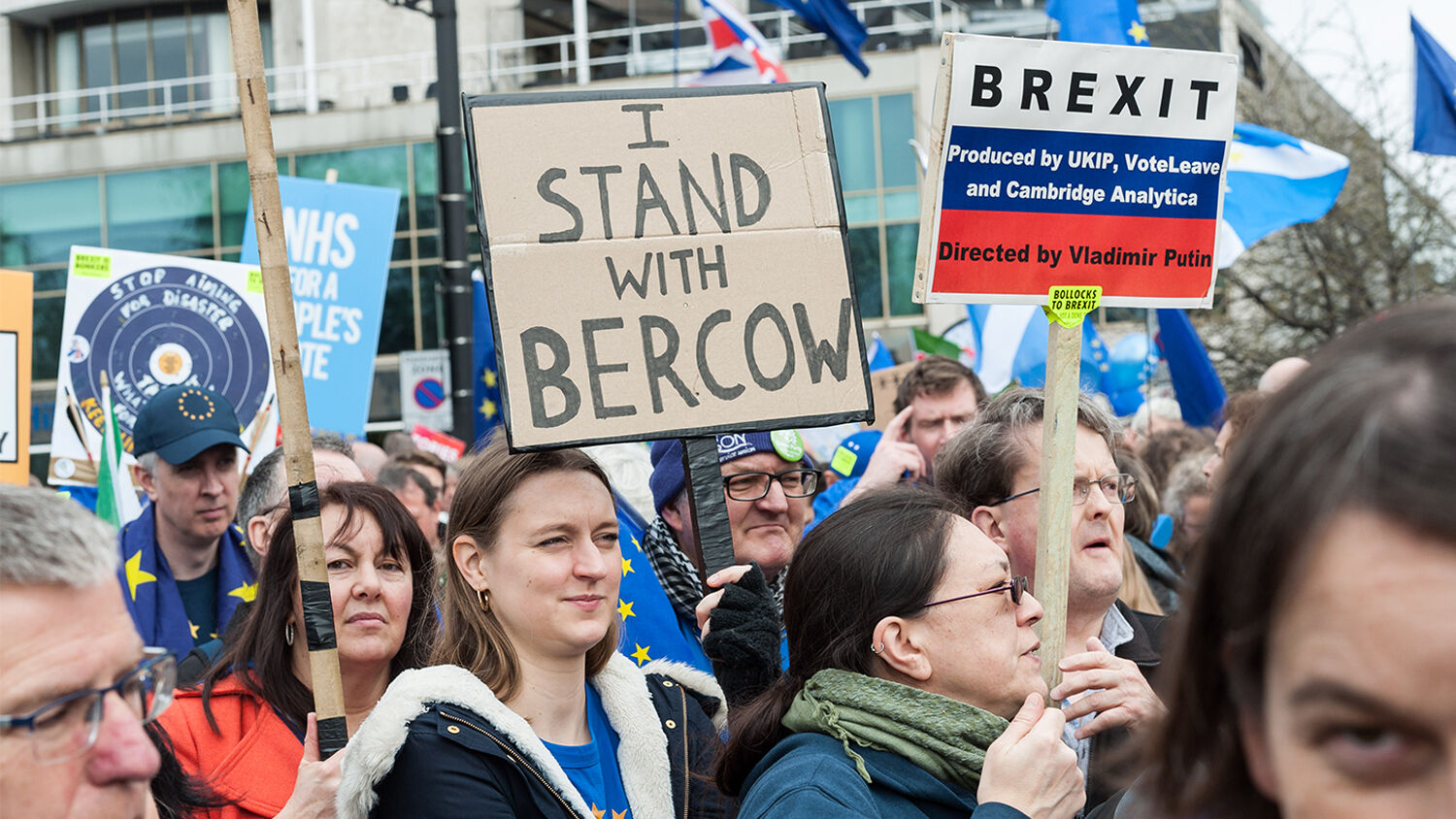 Hundreds of thousands of people take part in the ‘Put it to the People’ march through the capital.
Wiktor Szymanowicz/Barcroft Media/Getty Images

Speaker of the House John Bercow announced yesterday that he would resign from his position in Parliament. He has been pro-EU and unopposed until now, so why is he jumping before being pushed—resigning at this critical junction in British history?

When the Queen’s official approval to prorogue Parliament was announced, the anti-Brexit Labour Party erupted with disdain and disapproval. As in the United States, the British “deep state” is being drained and exposed for its undemocratic agenda and interest in preventing the will of the people.

While Brexit may be on the horizon now, it has been a long, taxing process since the referendum vote nearly three years ago. In this segment, I cover a brief history of Brexit, which exposes how Britain’s pro-EU establishment has fought to keep Britain in the European Union.