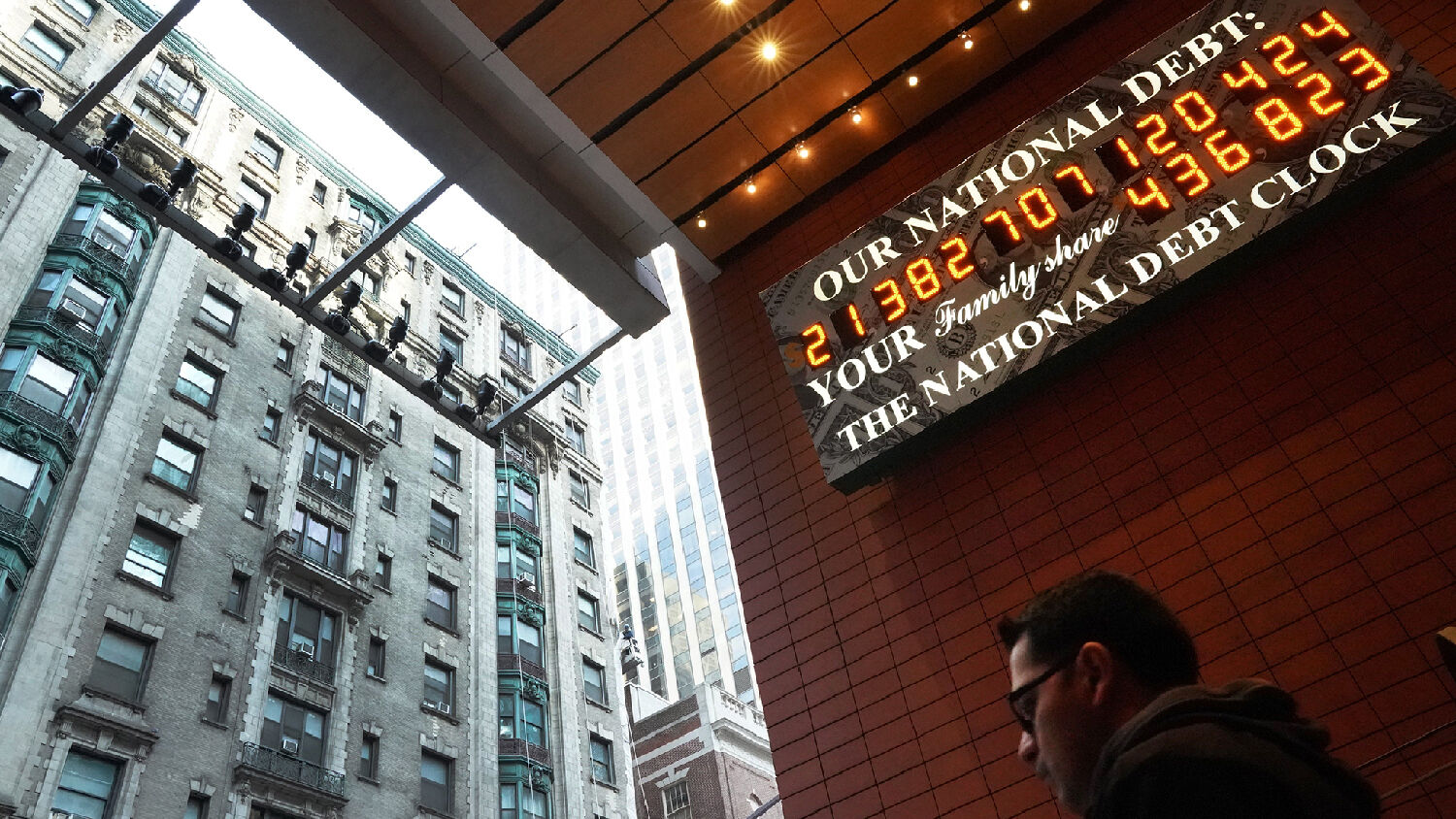 A man walks past the the National Debt Clock on 43rd Street in midtown New York City February 15, 2019.
TIMOTHY A. CLARY/AFP/Getty Images

5:43 Iran Increases Uranium Enrichment (4 minutes)
Iran has quadrupled its rate of uranium enrichment, and it is continuing to push its nuclear program. As prophesied in Daniel 11:40, this “pushy” foreign policy is leading radical Islam into a clash with Catholic Europe.

9:14 German-French Collaboration (4 minutes)
Germany and France are collaborating to innovate and create new weaponry. Together, they are competing against America. Their collaboration is another step toward the 10-nation European power prophesied in Revelation 17:12

13:00 Fake Polls and the Relentless “Deep State” (4 minutes)
Tonight, President Donald Trump will kick off his reelection campaign in Orlando, Florida. While polls suggest he is behind his opponents, he has been dismissing them as fake news.

26:45 National Debt Bomb (6 minutes)
America’s national debt is currently $22 trillion! Although a very few commentators are sounding the alarm, most people are simply unconcerned about the nation’s unsustainable deficit spending. Your Bible says the national debt is a ticking time bomb that is about to explode.

32:26 Think Like God (23 minutes)This upside-down world celebrates godlessness and immorality. How can we live an upright life in this upside-down world, and learn to think more like God? This is the second part of our Bible study series “A Mind Like God’s.”