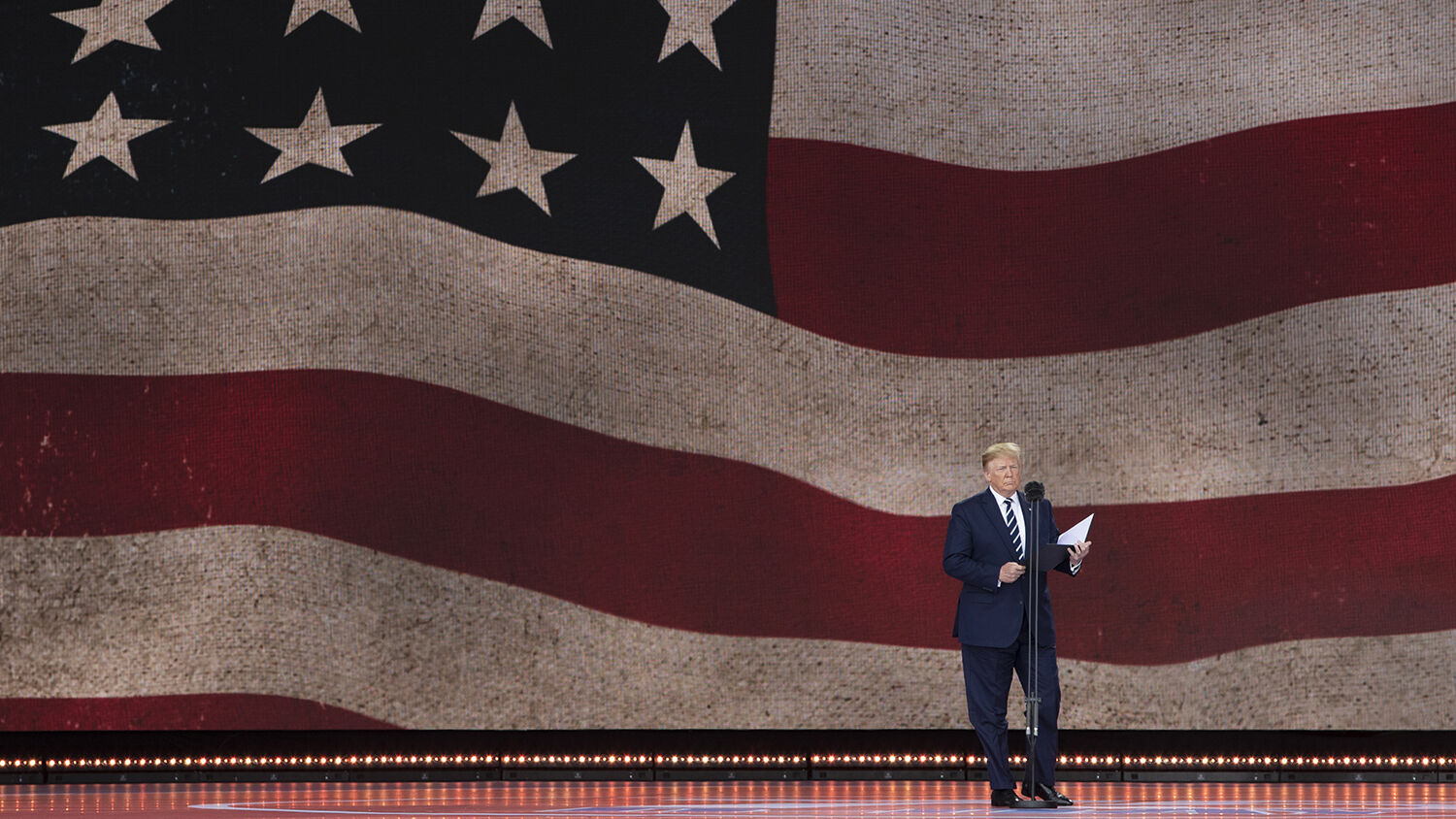 President of the United States, Donald Trump reads from the 32nd U.S. President President Franklin D. Roosevelt’s prayer to the US on stage during the D-Day Commemorations on June 5, 2019 in Portsmouth, England.
Getty Images

During the ceremony, President Trump recited a famous prayer that former President Franklin D. Roosevelt gave to encourage American soldiers as they headed across the Atlantic to help liberate Europe.

Following the ceremony, we saw the HMS Victory in Portsmouth. Aboard Victory, Adm. Horatio Nelson led the way to victory against the French and Spanish Armada during the Battle of Trafalgar. Admiral Nelson’s life was lost in this battle a few hours after he was shot in the shoulder by a French sharpshooter. The bullet lodged in his spine and he died on a lower deck shortly after receiving news that Britain had won the battle. The victory not only won Admiral Nelson fame as Britain’s greatest naval officer, it also established Britain as the dominant power at sea.

Floating across the English Channel the same as the soldiers of D-Day did 75 years ago on the night of June 5, we briefly shared our individual thoughts on the momentous events of the day.

The soldiers of D-Day landed on Utah Beach the morning of June 6, 1944. We were able to attend a ceremony to commemorate those who paid with their lives for control of the beach. Fighting for Utah Beach was met with relatively light resistance, but 197 men died during the attack. Near the end of the day, we had the opportunity to interview a 97-year-old D-Day veteran from the American Army’s 90th Division.

While at the June 6 D-Day ceremony on Omaha Beach, President Trump shared multiple inspiring stories of living veterans, one of which is included in this final segment of today’s show.