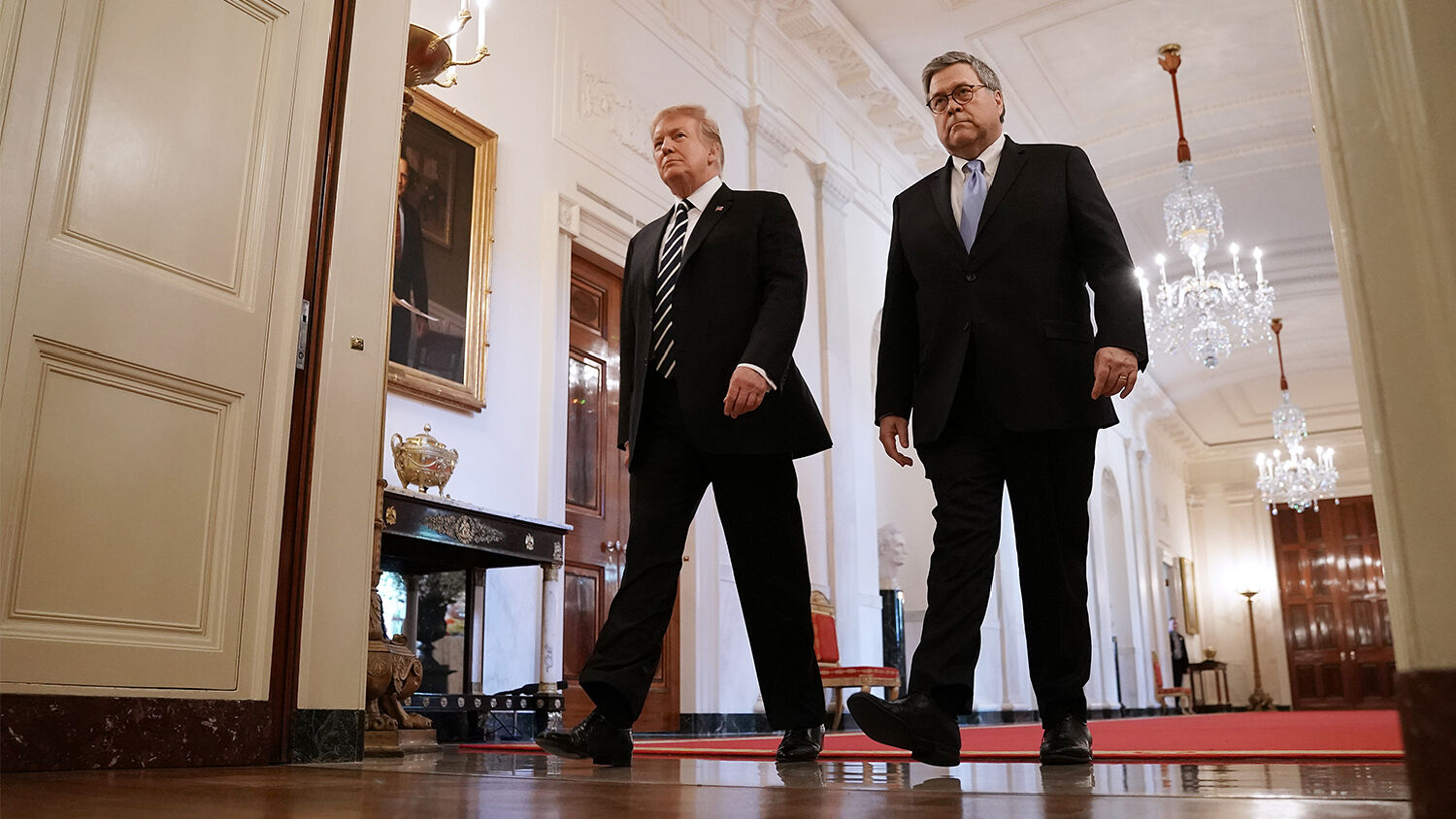 U.S. President Donald Trump and Attorney General William Barr arrive for the presentation of the Public Safety Officer Medals of Valor in the East Room of the White House on May 22 in Washington, D.C.
Chip Somodevilla/Getty Images

In a memo distributed last week, President Trump gave Attorney General William Barr the authority to “declassify, downgrade, or direct the declassification or downgrading of information or intelligence” that relates to the investigation into the Trump-Russia “conspiracy.” Now the American people can finally understand how the attempted coup got started in the first place.