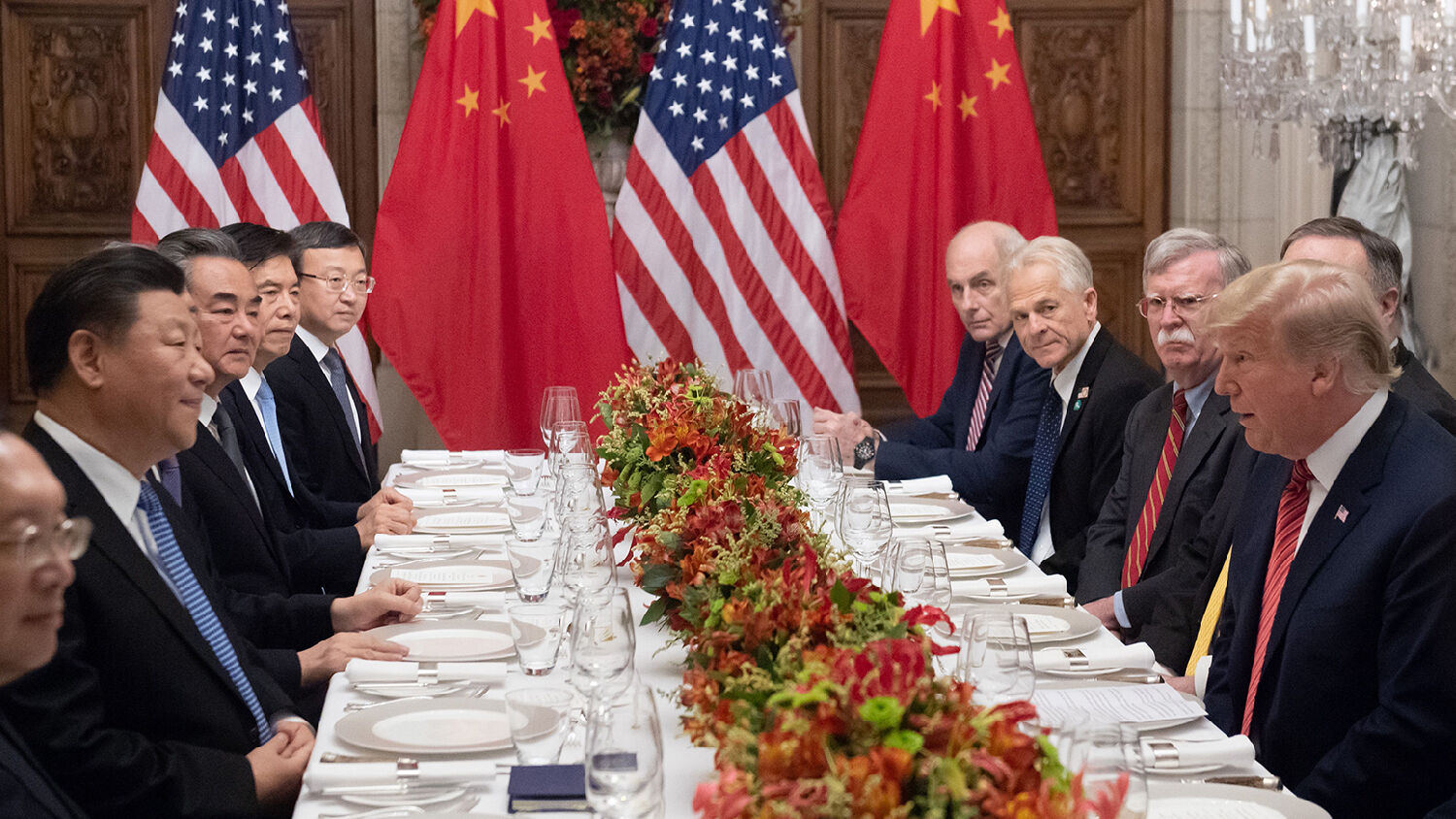 U.S. President Donald Trump and China’s President Xi Jinping along with members of their delegations, hold a dinner meeting at the end of the G20 Leaders’ Summit in Buenos Aires, on December 01, 2018.
SAUL LOEB/AFP/Getty Images

Donald Trump has been voicing his dissatisfaction with many of America’s trade partners for over three decades. China, for example, violates World Trade Organization rules when it manipulates its currency in order to gain an unfair trade advantage. This practice has been known for decades, but the last few presidents have not confronted China. Mr. Trump has taken on that challenge. In this segment, we consider the short-term and long-term ramifications of this confrontation over trade.

U.S. Attorney General William Barr has appointed a prosecutor to investigate the origins of the Trump-Russia investigation.

Iran is working overtime to tighten and maintain its grip over Iraq and other terrorist proxies in the Middle East. Iran is considering deploying missiles into Iraq, and may even be behind some recent attacks in the Strait of Hormuz. How much longer before the region ignites?