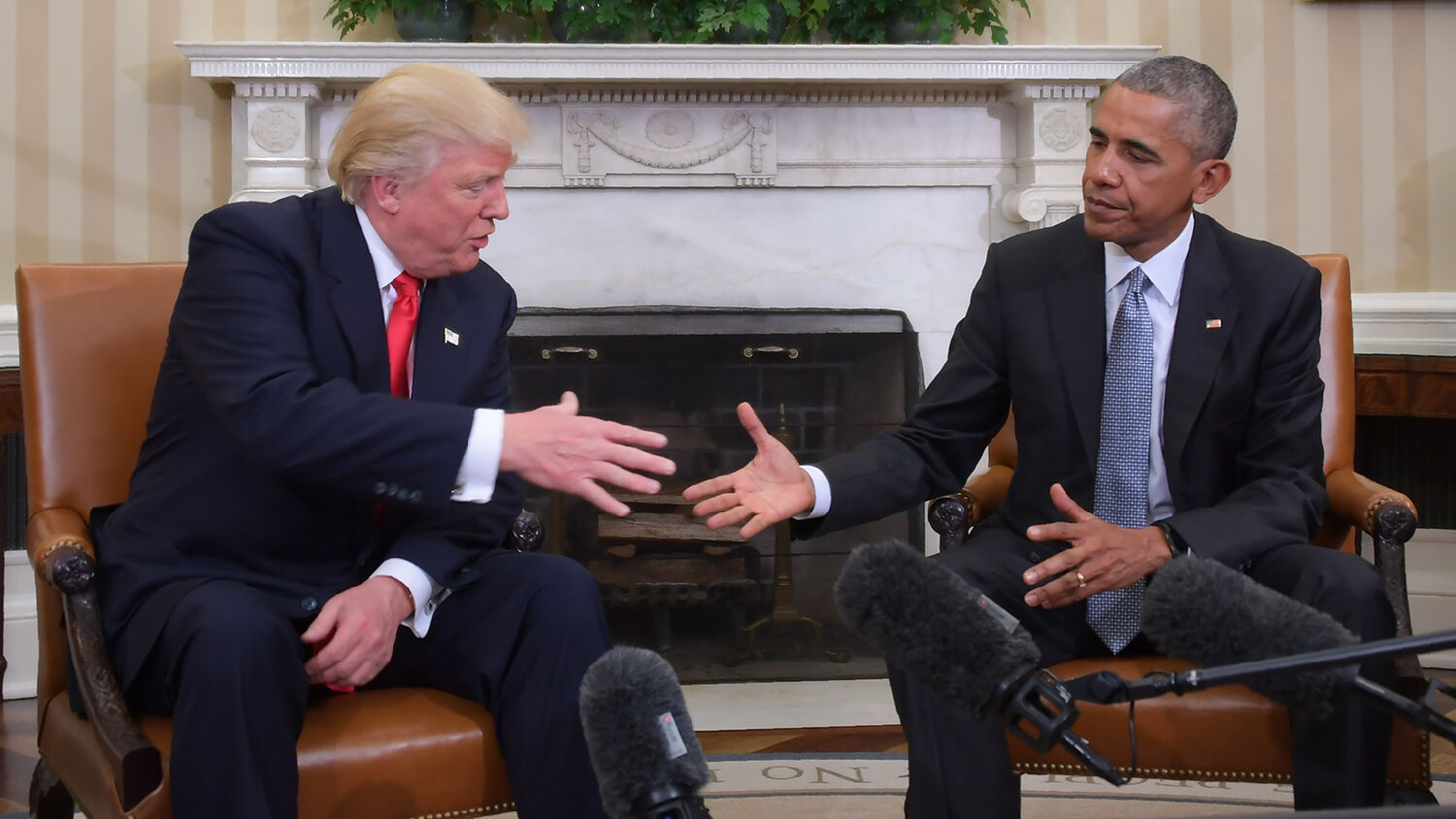 U.S. President Barack Obama shakes hands as he meets with Republican President-elect Donald Trump on transition planning in the Oval Office at the White House on Nov. 10, 2016, in Washington, D.C.
JIM WATSON/AFP/Getty Images

Why are they stunned by the attorney general’s assessment? Just last year the New York Times wrote about the “Secret Origins of the Trump Investigation.” The article mentioned the use of foreign informants, phone records, national security letters and secret subpoenas that were used to surveil members of the Trump campaign. That means Obama’s Department of Justice was spying on political opponents.

Mr. Barr’s comments didn’t reveal anything we didn’t already know, or anything that media outlets like the Washington Post and New York Times had not already revealed. So why all the anger against Mr. Barr?

In this segment, I play the audio from an upcoming episode of The Key of David–UK television show, “The Fight for Passover.”