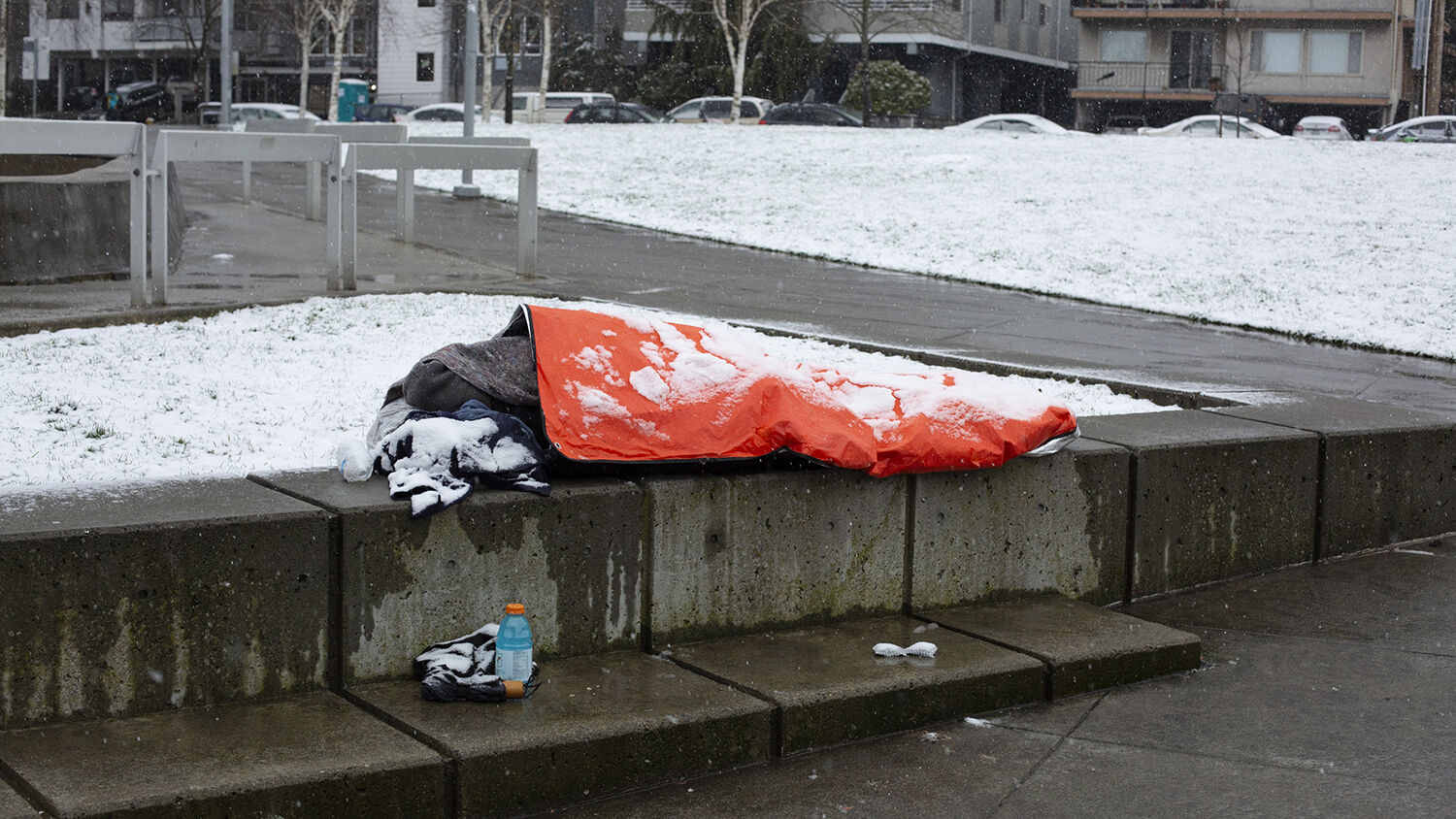 A homeless man, who said he was aware of the forecast for extreme weather, rests in a park while covered with snow on February 8, 2019 in Seattle, Washington.
Getty Images

· Today was the day Brexit was supposed to happen, but British lawmakers still don’t know what they want to do.

· The drama surrounding the Mueller report carries on, and a few Democrats are still adamant there’s evidence of Trump-Russia collusion.

Seattle is dying, according to KOMO news reporter Eric Johnson. The Pacific Northwest is one of the most beautiful areas of the U.S., but one of its most prominent cities is now a dirty, trash-littered den of homelessness, drug addiction and rampant crime. Johnson, a local Seattle news station reporter, made an hourlong documentary about the homelessness crisis in Seattle and the effect it is having on the local community.

Many Seattle citizens complain that the city council is not doing enough to solve the problems. The police have lost their authority: When they arrest people for small crimes, misdemeanors and more serious charges like theft and property damage, the offenders are often released the next day. The 100 most frequent offenders in the Seattle criminal justice system (all of which are homeless) have 3,500 criminal cases between them, some with 75 or more each—and those are just the crimes that have been reported. Out of every 100 police reports filed in Seattle, only 18 actually result in convictions. The rest of the crimes go unpunished.

Although the problem is often called a “homelessness crisis,” it’s actually a drug crisis. One homeless woman told Johnson that she has not met a single person on the streets who is not an addict. But police can no longer regulate the drug problem either. It is now legal to carry 3 grams of methamphetamines with you in Seattle, which is 30 doses.

One frustrated citizen got to the heart of the problem, questioning, “Why can’t we enforce the law?” That is the foundational problem here. These hopeless homeless in Seattle probably believe they are free—free to take mind-altering drugs, free to sleep on the streets, free to steal and break the law with impunity. But it is not freedom. There truly is no freedom without law.