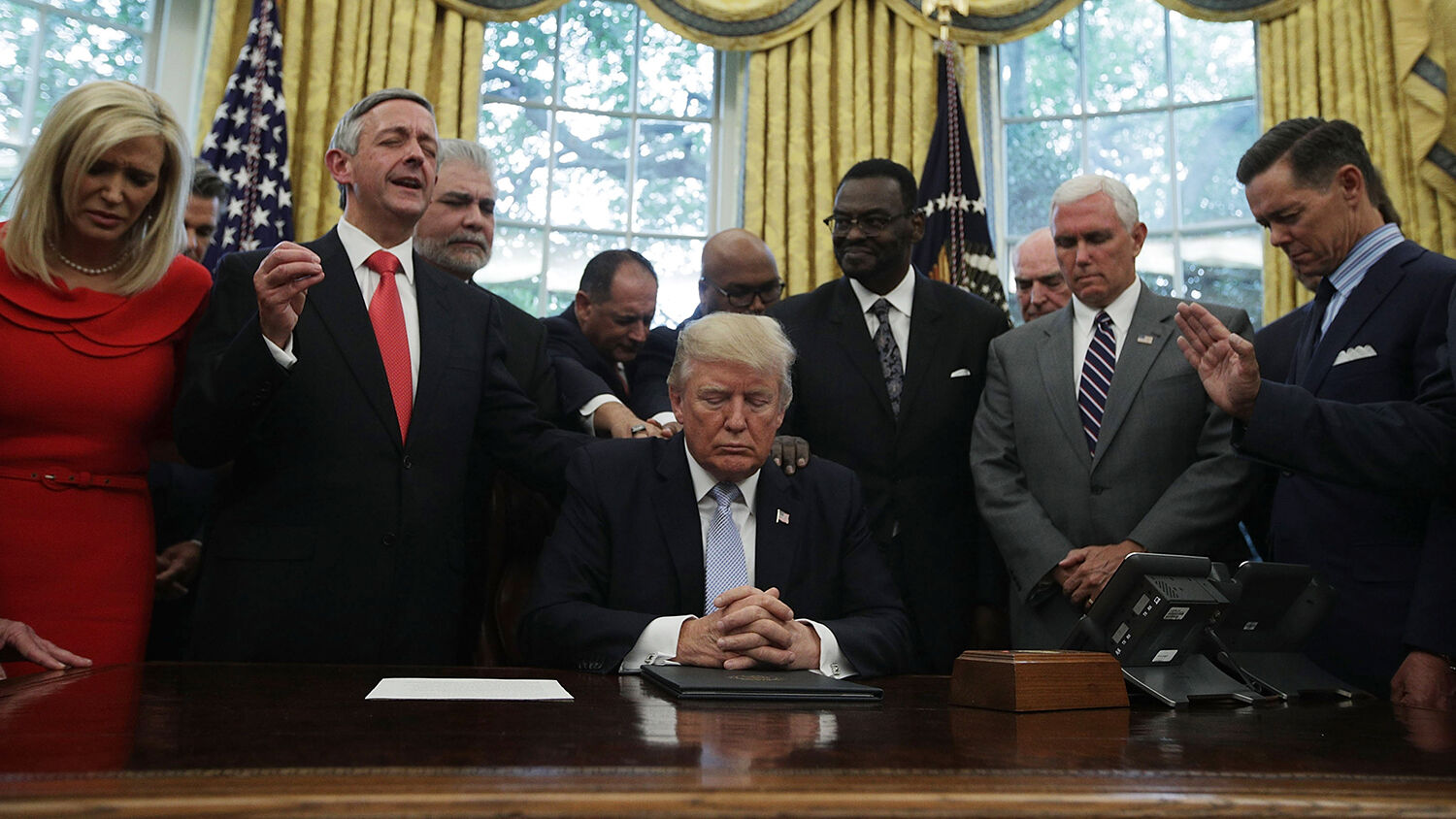 U.S. President Donald Trump, Vice President Mike Pence and faith leaders say a prayer during the signing of a proclamation in the Oval Office of the White House September 1, 2017 in Washington, DC.
Getty Images

Brief comments on the shooting in New Zealand and the violent Yellow Vest protests in Paris, France.

The government in the United Kingdom is about to enforce age restrictions on Internet access to pornography. The new laws will make it more difficult for children to view smut on the Internet. In this segment, I ask: Why aren’t parents doing more to prevent easy access to online filth?

The New York Times ran a piece over the weekend about a New Jersey preacher who believes the Bible foretold Donald Trump’s presidency. Of course, articles like this are meant to make students of Bible prophecy look foolish. And there are a lot of foolish interpretations of Bible prophecy today! In this segment, I remind listeners of what the Bible does say about American leadership in the last days.

I start this segment with a short montage of feedback from some of the attendees at the Glasgow Personal Appearance Campaign, and then follow up with some points from the Bible study I gave there about being doers of the word, and not hearers only.