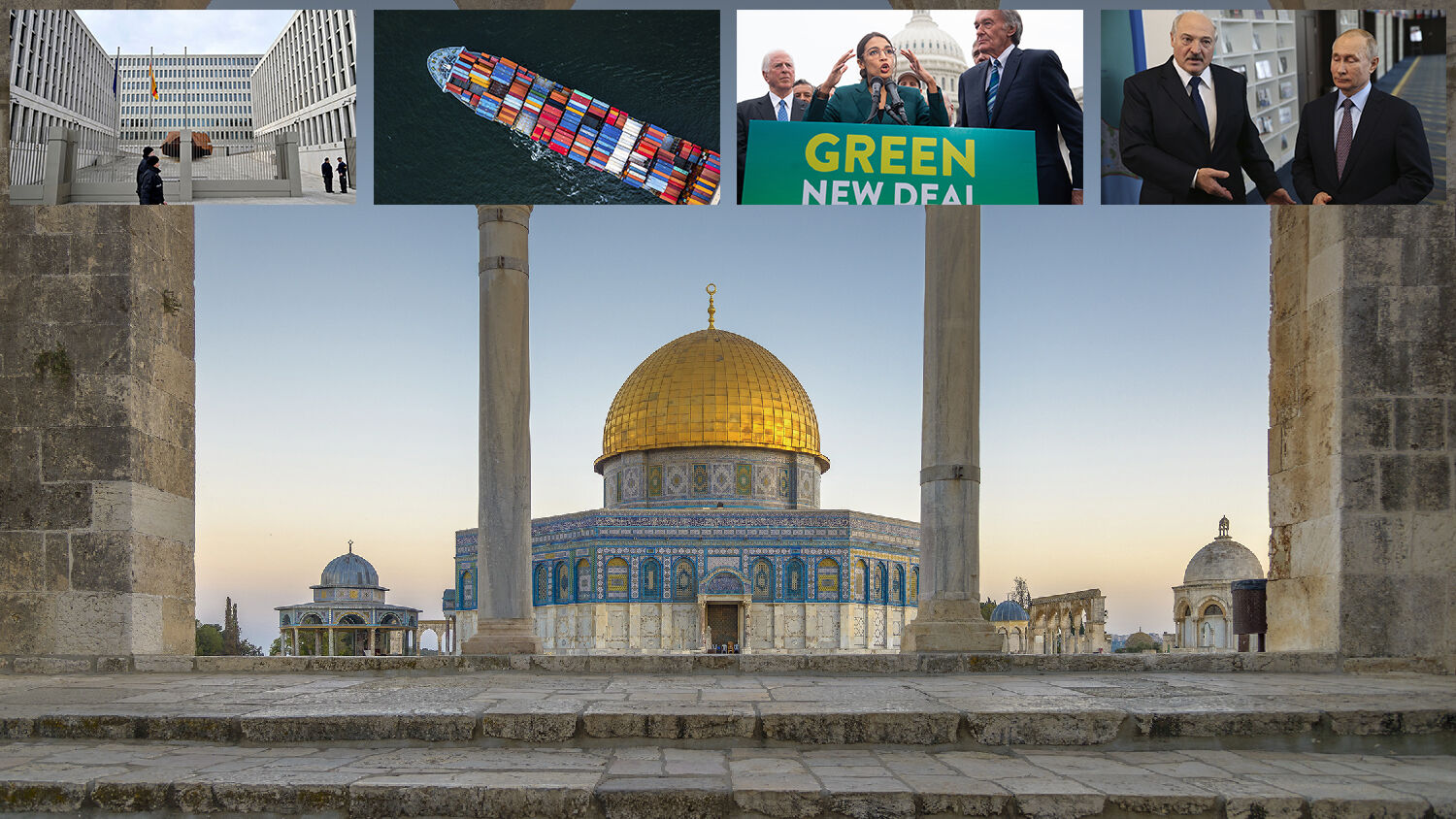 The status quo on the Temple Mount was subtly changed on February 14, when Jordan admitted several high-level Palestinian officials to the Islamic Waqf, the organization that oversees the day-to-day running of the religious compound.

Traditionally, the Waqf has been operated solely by Jordan-aligned officials as directed by the Oslo Accords and implied in the 1994 Peace Treaty with Jordan. Now, seven senior officials from the Fatah-led Palestinian Authority and local Muslim leaders will be part of the 18-member decision-making body controlling the Temple Mount, arguably the most politically volatile location on Earth.

The violence that ensued was a presage of the chaos prophesied in Zechariah 14, which will culminate in the return of Jesus Christ!

“The two of us could unite tomorrow, no problem,” Belarussian President Alexander Lukashenko said on February 15, following a three-day summit with Russian President Vladimir Putin. “We’re ready to unite and consolidate our efforts, states and peoples as far as we’re ready.”

Both leaders are authoritarians who are determined to tighten their grip on power. The implications, particularly for Putin, are far-reaching and prophetic.

Germany opened a new headquarters for its national spy agency, the bnd, on February 8. The opening of this new facility in the very heart of Berlin is symbolic of an ongoing transformation in Germany’s foreign policy.

Deutsche Welle noted that “the move signals a major symbolic change for Germany, no longer shying away from taking a prominent role on the global stage.” The opening is not only a step forward for the bnd, but also for Germany’s international role. That role is prophesied in the Bible and thoroughly discussed in our free book The Holy Roman Empire in Prophecy.

If you would like to understand Iran’s goal in dominating this vital waterway, please read “Iran’s ‘Growing Capability’ to Threaten Vital Waterway” and “Iran Gets a Stranglehold on the Middle East.”

The government has recorded budget surpluses only five times in the past 50 years. It is now over $22 trillion in debt, and the Congressional Budget Office estimates that annual federal deficits will average $1.2 trillion over the next decade.

When the government prints or borrows money that has not been earned and puts it into circulation, it dilutes the money supply and creates inflation. The inflation rate would increase dramatically if America’s creditors lose faith in the dollar and start dumping their reserves into circulation.

A financial crisis that puts the dollar’s position as the world reserve currency in jeopardy could trigger runaway inflation and create a crisis that would practically force America’s enemies to unite and challenge it both economically and militarily. America’s $22 trillion debt is actually the biggest threat to its national security. Modern monetary theory is only making this threat more dangerous and leading to America’s ultimate economic collapse.

Thankfully, God has a plan in place to cushion those who look to and obey Him.