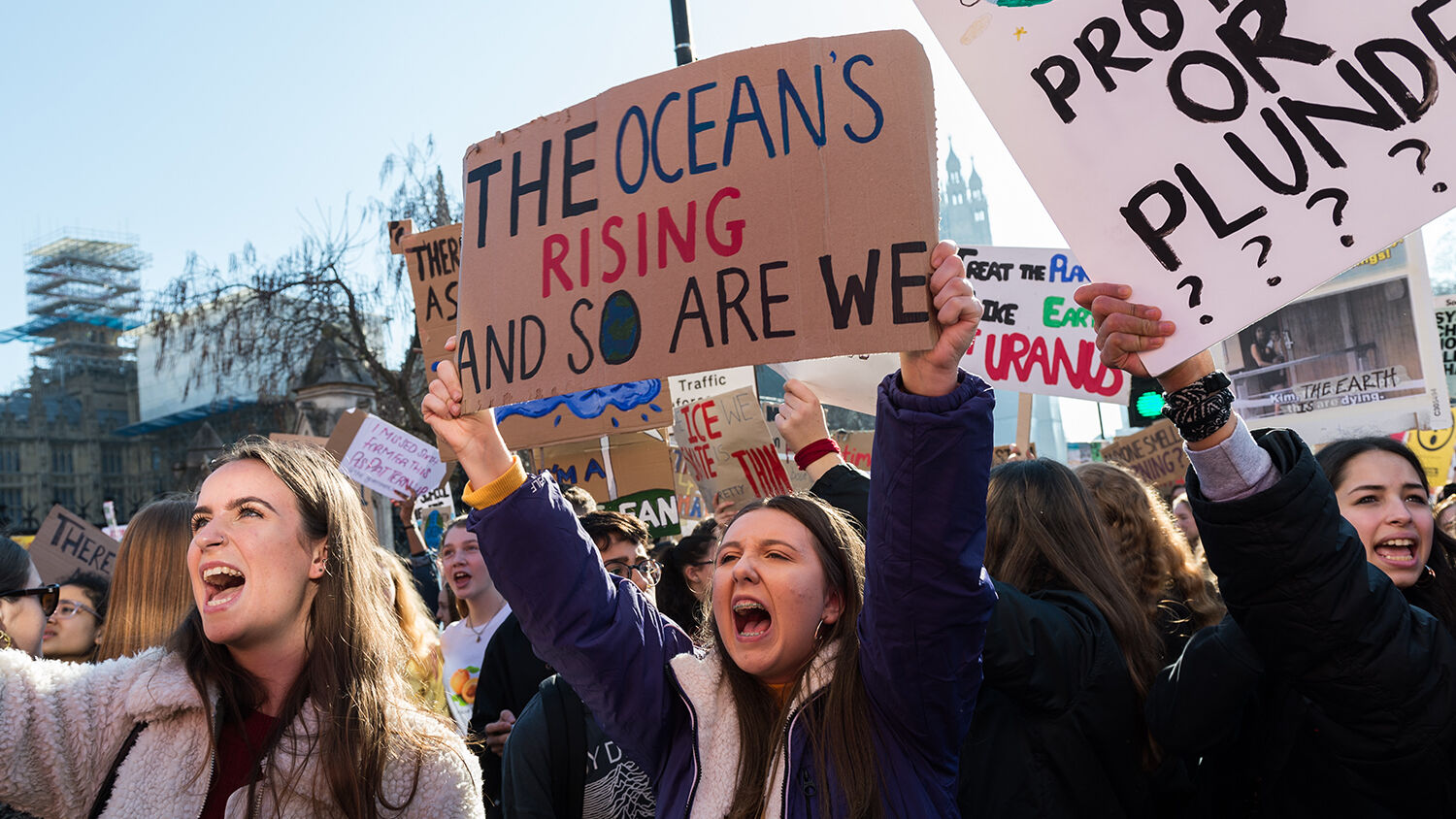 Thousands of young people gather in Parliament Square in central London to protest against the governments lack of action on the climate change and destruction of the environment on 15 February, 2019.
Getty Images

Last Friday, more than 10,000 children and teenagers skipped school and descended on Britain’s cities to protest the government’s supposed inaction on climate change. The protests were clearly infused with a spirit of rebellion and disrespect. In today’s program, guest presenter Brad Macdonald explores the cause of this behavior, and shows how it was prophesied by the Prophet Isaiah. The show concludes with a discussion about two recent developments on the Temple Mount in Jerusalem.