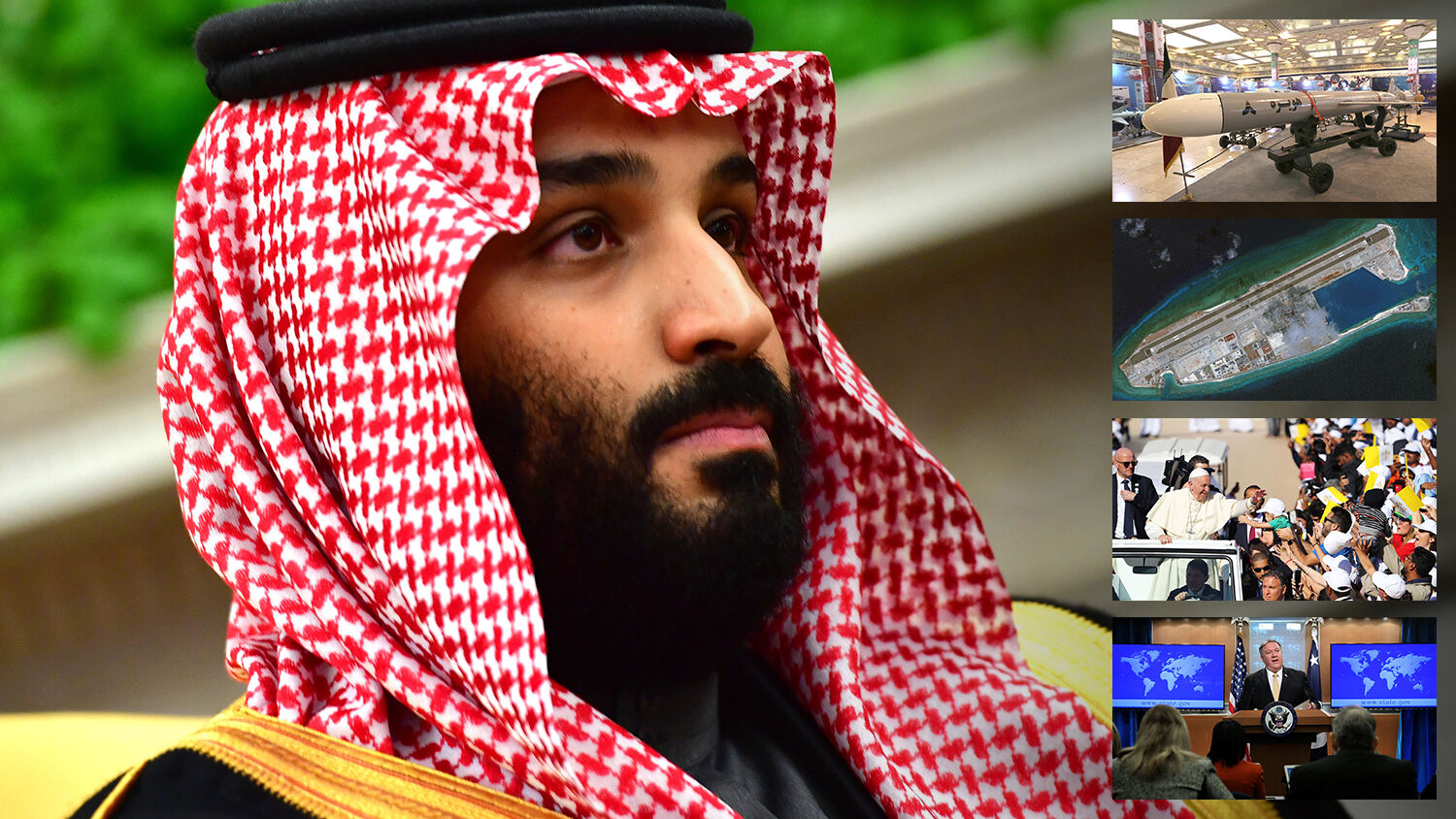 Threats of nuclear war, arms race in the Middle East, Pope Francis’s visit to the Arabian Peninsula, and more

The United States announced on February 2 that it is suspending compliance with the Intermediate-Range Nuclear Forces Treaty with Russia. The treaty bans both countries from developing or using medium-range nuclear missiles. Russia said it too will abandon the landmark agreement.

The inf Treaty was an unquestionably positive development for mankind. But it was never a guarantee of lasting peace, and now it has collapsed. None of mankind’s various treaties and peace plans are able to secure sure and lasting peace. In all such ideas, there is nothing to forcibly prevent unfathomably destructive weapons from being used on people. And there is no true cause for hope.

Iran successfully test-launched a new domestically made, long-range cruise missile on February 2. The test, held on the 40th anniversary of the Islamic Revolution, indicates that Iran remains resilient in its missile development, despite heavy sanctions by the United States.

The Hoveizeh cruise missile is said to have a range of 800 miles (1,300 kilometers). Iranian Defense Minister Brig. Gen. Amir Hatami said the missile “accurately hit the set target” from a distance of 750 miles, describing it as the “long arm of the Islamic Republic of Iran.”

Over the past six months, Iran successfully attacked a Kurdish meeting in Iraq and an Islamic State enclave in Syria, launched a medium-range ballistic missile capable of carrying multiple warheads, and launched a missile at an Israeli ski resort in the Golan Heights.

Iran has shown it will not back down, despite having its vital oil, gas and shipping sectors heavily sanctioned by the U.S. since November.

The only thing that will stop Iran, as Bible prophecy reveals, is total war.

In a cbs 60 Minutes program last March, Saudi Crown Prince Mohammed bin Salman said, “Saudi Arabia does not want to acquire any nuclear bomb, but without a doubt, if Iran developed a nuclear bomb, we will follow suit as soon as possible.” The Washington Post stated, “[A] missile-making facility would be a critical component of any eventual Saudi nuclear weapons program.”

Read “Middle East on Course for Arms Race” for the prophetic ramifications of this development.

Vatican geopoliticians have been trying to forge a strategic alliance of civilizations between Catholics and Muslims against radical Islamists for more than a decade. In 2009, Cardinal Angelo Scola of Venice lamented that a radical form of “Shiite messianism” was corrupting Iran and making it difficult for the Islamic republic to integrate with the West. “Shiite messianism” is a belief that the return of the 12th imam—Islam’s version of the Messiah—can be hastened by creating violence and chaos. In order to create such chaos, Iran has become the world’s leading state sponsor of terrorism.

In response, Iran’s rivals on the Arabian Peninsula are looking for help from European nations and the Catholic Church.

It is in this context that Pope Francis, at the invitation of the crown prince of Abu Dhabi, visited the United Arab Emirates this week, becoming the first pontiff in history to visit the Arabian Peninsula.

China announced on January 29 that it had opened a maritime rescue facility on one of its artificial islands in the disputed South China Sea, as the nation works to tighten its control over the strategic trade route. The rescue hub is on Fiery Cross Reef in the Spratly Islands, which is also claimed by Taiwan, Vietnam and the Philippines.

Since China began building Fiery Cross and six other artificial islands in disputed parts of the South China Sea five years ago, it has insisted that the project is not for military purposes. But satellite imagery and Western intelligence reports consistently tell another story.