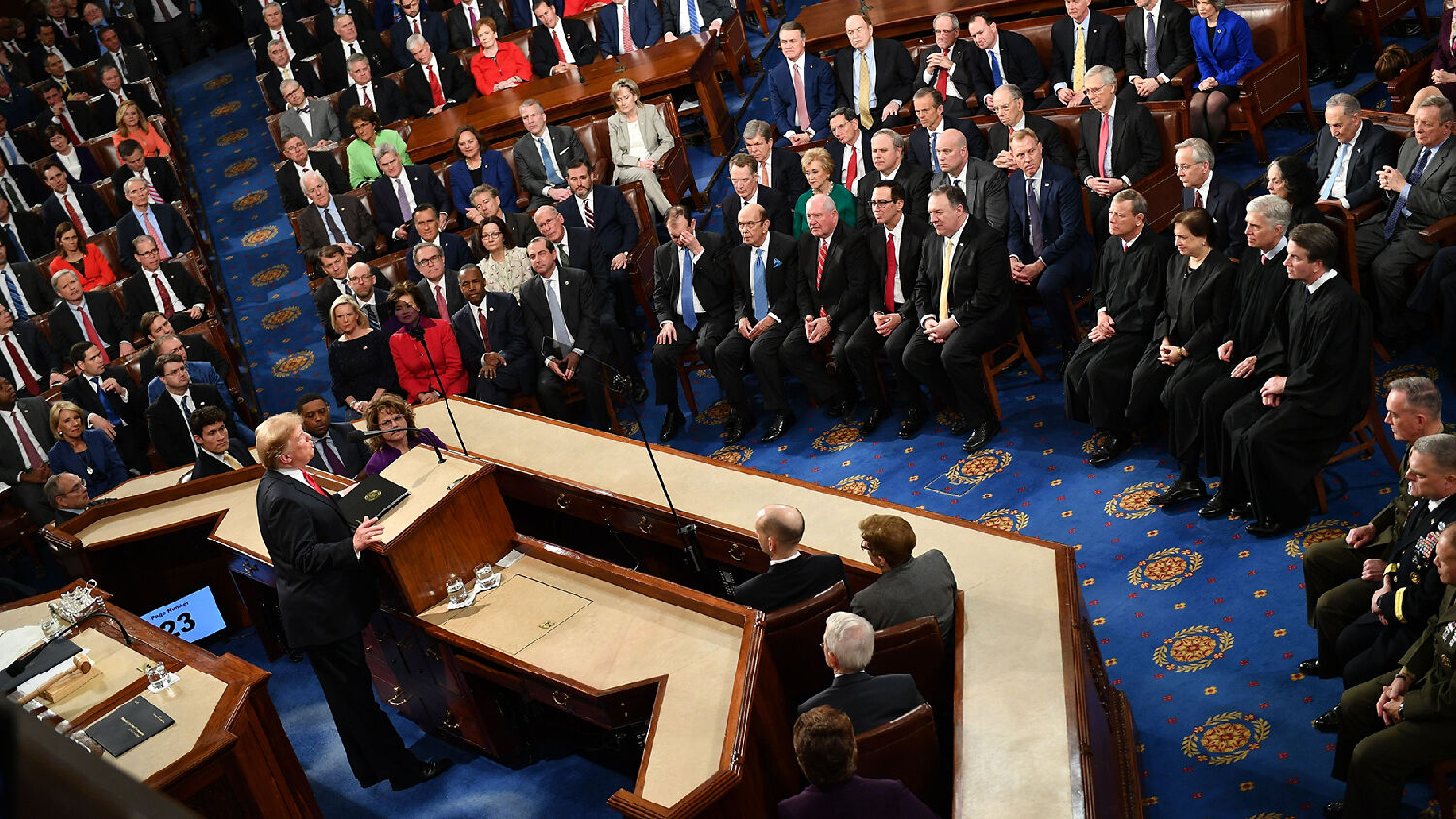 U.S. President Donald Trump faces lawmakers from both political parties as he delivers his second State of the Union address at the US Capitol in Washington, DC, on February 5, 2019.
MANDEL NGAN/AFP/Getty Images

On the first half of today’s show, I go through some of the highlights from President Donald Trump’s State of the Union address last night. It was well received with CBS News reporting a 76 percent approval rating and 72 percent supporting the president’s ideas for immigration. In the speech, Mr. Trump took a strong stance against socialism in America and brought out horrors of the new abortion laws. He also reminded America about the stirring history of the D-Day invasion.

Over the weekend, the U.S. formally suspended the Intermediate-Range Nuclear Forces Treaty with Russia. This withdrawal could have a big impact on European nations. Cities like Paris and Berlin are in range of these missile. “These new missiles are hard to detect; they are mobile; they are nuclear capable,” said NATO’s secretary general. With the treaty canceled, European powers are very worried.

To conclude the program, I explain where Mr. Armstrong’s total surrender to God ultimately led. With his career wiped out, he had nothing but time on his hands. A dual challenge on the Sabbath and evolution pushed him into a deep study of the Bible. He rose early and stayed up late studying the Word of God. This was the toughest battle he ever fought. But now we see the end result of that lifelong surrender to God.