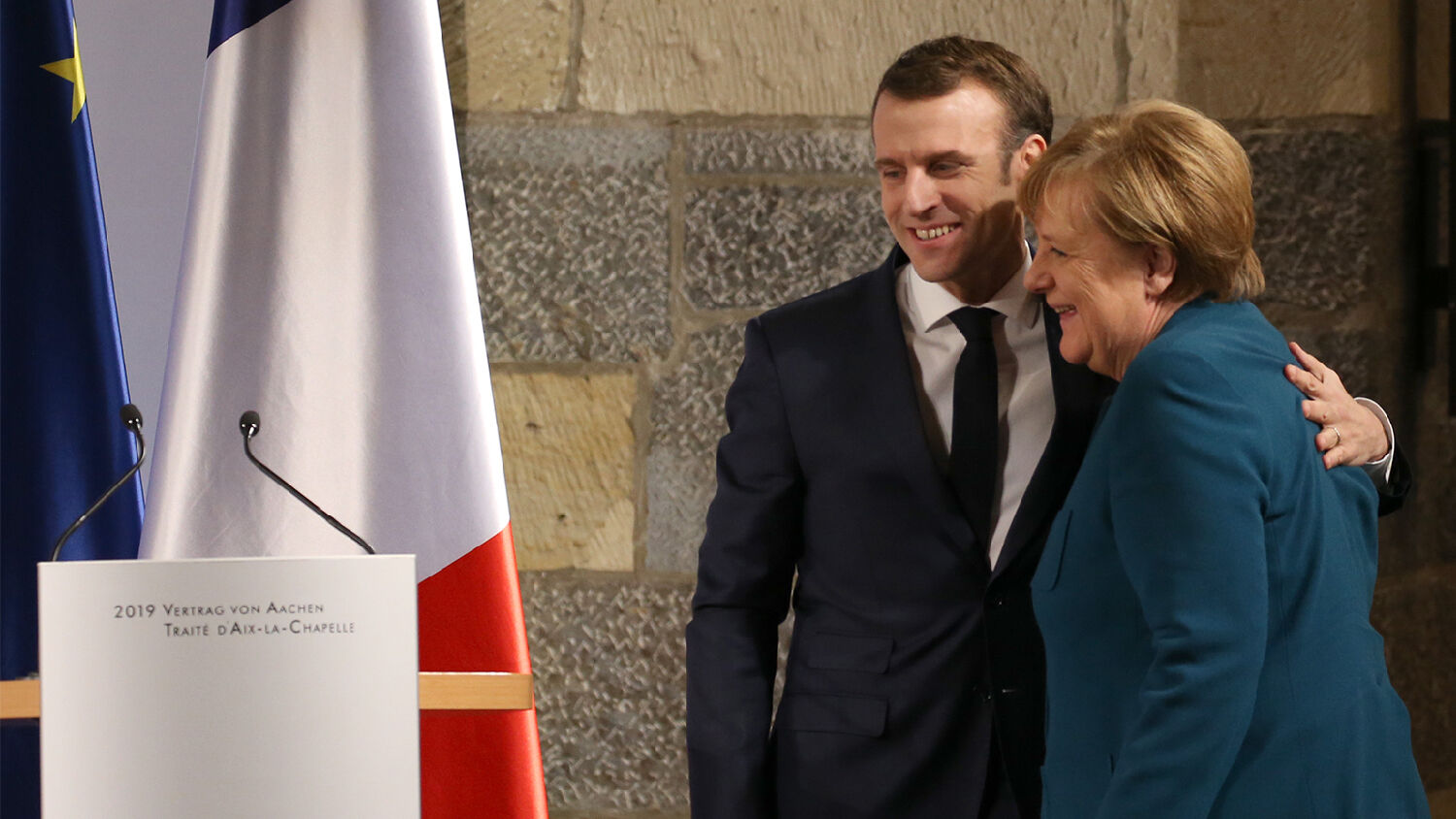 North Rhine-Westphalia, Aachen: Emmanuel Macron, President of France, and Chancellor Angela Merkel (CDU) embrace each other during the signing ceremony of the new Franco-German friendship treaty in the coronation hall of the town hall.
Getty Images

French President Emmanuel Macron and German Chancellor Angela Merkel met in Aachen this week to sign a new Franco-German treaty. The agreement is being hailed as a major step toward a united European army. Both leaders are talking as if nato is already obsolete! Mr. Macron said “authoritarian powers are emerging everywhere,” so “let’s build a real European army to protect ourselves and have a real foreign policy.” The city of Aachen, where Charlemagne was crowned, hosted the treaty signing. Europe is moving fast to build an empire modeled after Charlemagne’s First Reich!

How did the fbi begin its investigation of Donald J. Trump? In this segment, we show how the Hilary Clinton campaign used every means possible to saturate the fbi with content from the infamous Steele dossier in hopes of triggering an investigation. It was a case of “misinformation saturation,” as John Solomon wrote in a recent column. The fbi’s “counterintelligence apparatus was being weaponized with political opposition research from one campaign against its rival.”

The radical-leftist media attack on the teenagers from Covington reveals a lot about our post-truth age. How did we arrive at this point? What does your Bible say about truth in the last days?