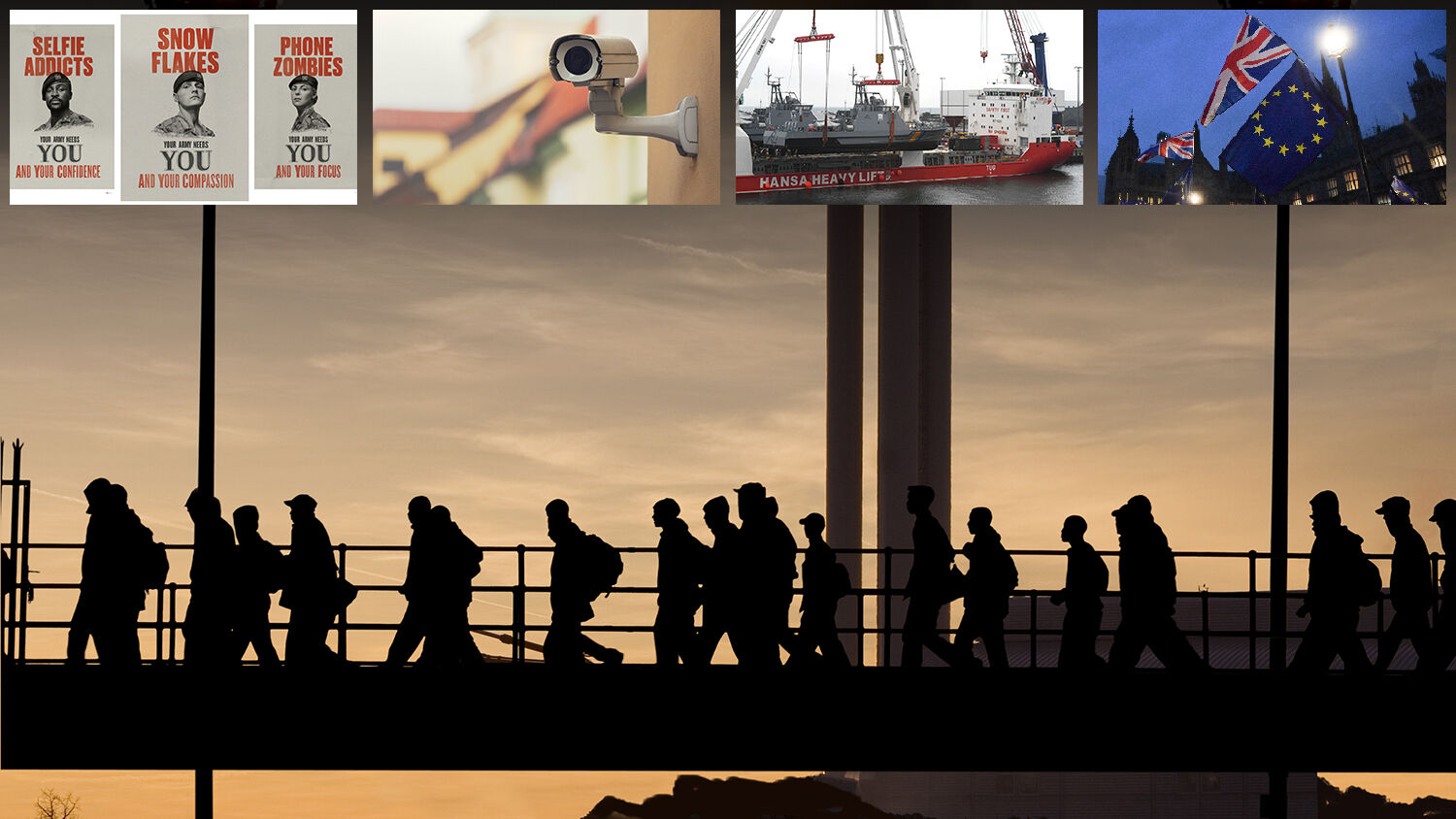 For two years, British Prime Minister Theresa May negotiated a Brexit deal with the European Union. Parliament soundly rejected it on January 15. Only 202 members of Parliament voted for the deal, with 432 against.

From the very day Britain joined what would become the EU, Herbert W. Armstrong forecast that it would be a ruinous decision. “BRITAIN is going to look back on Monday, Jan. 1, 1973, in all probability, as a most tragically historic date—a date fraught with ominous potentialities!” he wrote. “For that date marked the United Kingdom’s entry into the European Community.”

Brexit has thrust Britain into total chaos—and on the anniversary of the death of the man who forecast this exact moment!

China appears to be constructing a vast and detailed database of stolen information on American people and companies, which the Chinese government could use for intellectual property theft, extortion and blackmail.

This is just the latest in China’s cyberwarfare.

In the June 1999 issue of the Trumpet, editor in chief Gerald Flurry discussed the U.S. military’s dangerous vulnerability to cyberattacks, writing, “We could lose the next war before we even begin.”

The idea of the mighty United States being hacked and losing the next war before it begins is bleak beyond words. But the ongoing attacks on the U.S. by Chinese hackers, and the likelihood that Beijing is storing data that could give them untold leverage over affluent Americans, both in the military and in key civilian sectors, highlights how vulnerable the United States is.

As the United States withdraws from the Middle East, Germany has an opportunity to use weapons exports to insert itself into the region’s affairs and to counter Iran’s influence. Since 2003, the Trumpet has stated, based on Bible prophecy, that German-led Europe will form an alliance with moderate Middle Eastern nations, and this alliance will have deadly, unforeseen consequences not only for Iran, but also for America and Britain.

The United States Bureau of Labor Statistics’ December employment figures caused much rejoicing in America. A total of 312,000 new jobs were created, far surpassing the estimated 176,000 jobs. Wages were found to have grown 3.6 percent over the same time last year, again beating the expected 3 percent increase economists predicted. That year-over-year increase is tied with October for the best month since April 2009.

This was a lot of positive news for the U.S. economy, coming amid growing concerns of a global recession that appears to be setting in. New life was breathed into the stock markets, which posted a gain after a week of terrible losses. Many declared that the U.S. didn’t need to fear a recession in any way.

But is America’s economy really thriving?

Britain’s army is on the hunt for the next generation of recruits to fill the large, emptying shoes of what had been one of the most prestigious military forces in history. Its newest $1.9 million campaign of recruitment posters is designed to lure the modern young man and woman into the armed services: the “snowflakes,” “phone zombies” and “class clowns.”

Rather than showing the intent to whip recruits into shape, these posters actually embrace these traits! They bring to mind biblical verses such as Isaiah 3:1-4, Ezekiel 23:32 and 22:5, as well the forecasts discussed in The United States and Britain in Prophecy.