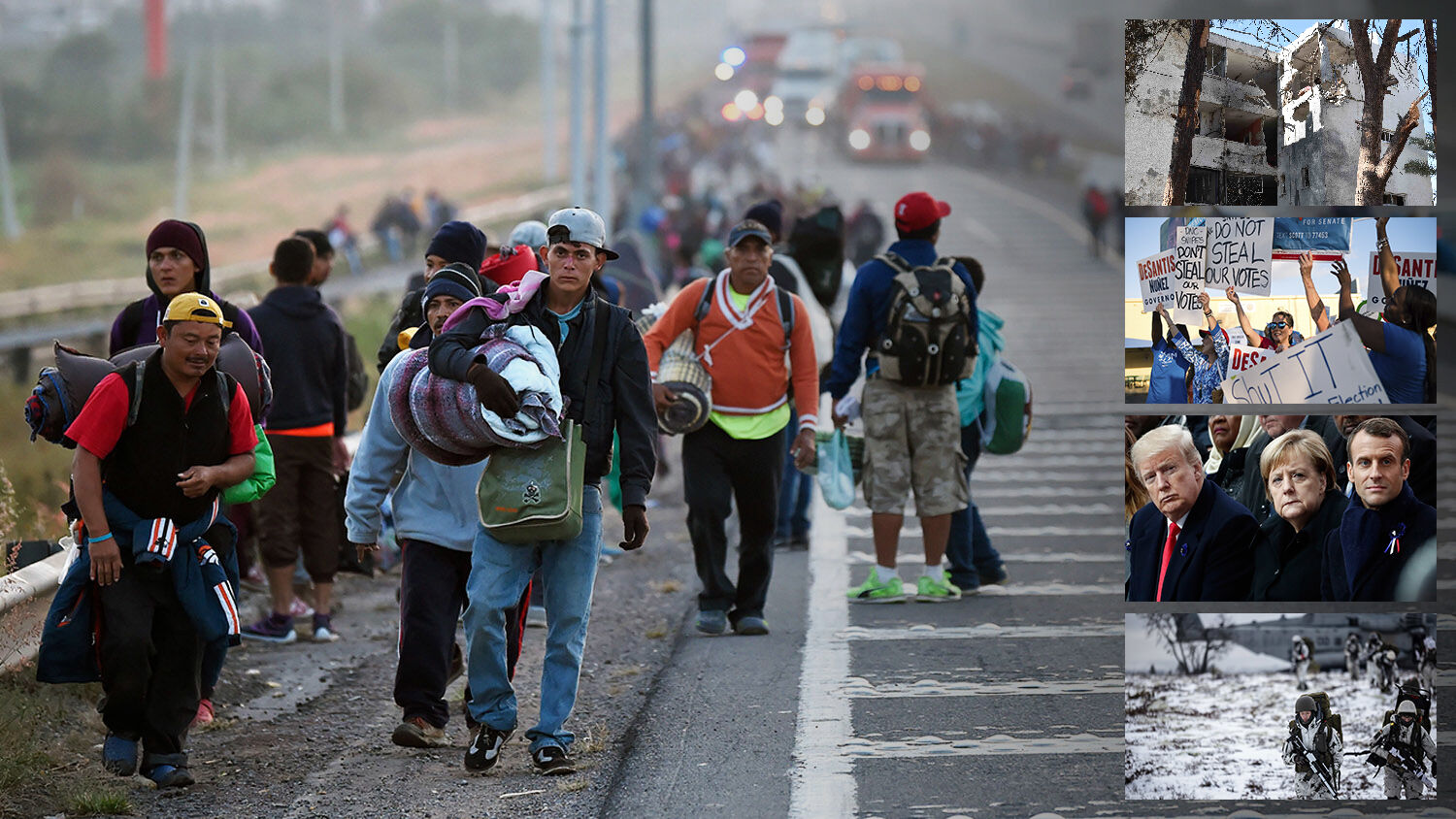 On November 11, French President Emmanuel Macron publicly rebuked United States President Donald Trump for recently saying he was a nationalist who puts America first. “Nationalism is a betrayal of patriotism,” Macron said. “By saying ‘our interests first, who cares about the others,’ we erase what a nation holds dearest, what gives it life, what makes it great, and what is essential—its moral values.”

That was barely a week after he had lumped the U.S. along with enemy nations against which Europe had to militarily “protect” itself.

It’s part of a French betrayal that’s prophesied in the Bible!

In the 24 hours from Monday afternoon through Tuesday, the Iranian-backed Palestinian group Hamas fired more than 400 rockets and mortars into Israeli territory, a record number of strikes for one day. More than 200 fell into open areas, 100 were shot out of the sky by Israel’s Iron Dome missile defense system, and dozens hit civilian areas throughout the Gaza border region.

One man was killed and almost 100 received treatment for injuries or shock. Israel and Hamas reached a truce agreement, and Israeli Defense Minister Avigdor Lieberman resigned in protest of the deal.

nato kicked off its largest war games since the Cold War in Norway from October 25 to November 7: Trident Juncture 2018. The military exercises involved around 50,000 military personnel from all 29 nato countries and simulated nato’s response to an invasion of Norway by a “fictitious aggressor.”

These exercises portend the next and (thankfully) final German blitzkrieg prophesied for the near future.

“The Florida chaos [of 2000] gave us good insight into what will happen all across America if we don’t wake up,” writes Trumpet editor in chief Gerald Flurry in his free booklet No Freedom Without Law, (originally published in 2001). “We are evolving into anarchy.”

Eighteen years later, reports say over 80,000 new votes have mysteriously turned up in Broward County and another 15,000 in Palm Beach County since the Florida Senate polls closed. These ballots have been breaking almost 3-to-1 in favor of Democrats.

The latest political intrigue in Florida is creating national chaos and serving to undermine America’s trust of the electoral system. As Mr. Flurry warns in his booklet, “Once our political system falls apart, nobody will be able to put it back together again.”

Armed militia groups and civilian vigilantes are headed to the United States–Mexico border to help stop an oncoming caravan of 6,000 Central American migrants from crossing the Rio Grande. According to Shannon McGauley, the president of the Texas Minutemen, roughly 100 militia volunteers are gathering tents, coolers, rifles and aerial drones with plans to form caravans of their own.

The “help” they are offering has not been solicited by the U.S. military. It shows how much they are losing faith in the government and the military to defend the border.

This is a harbinger of an age of coming anarchy.