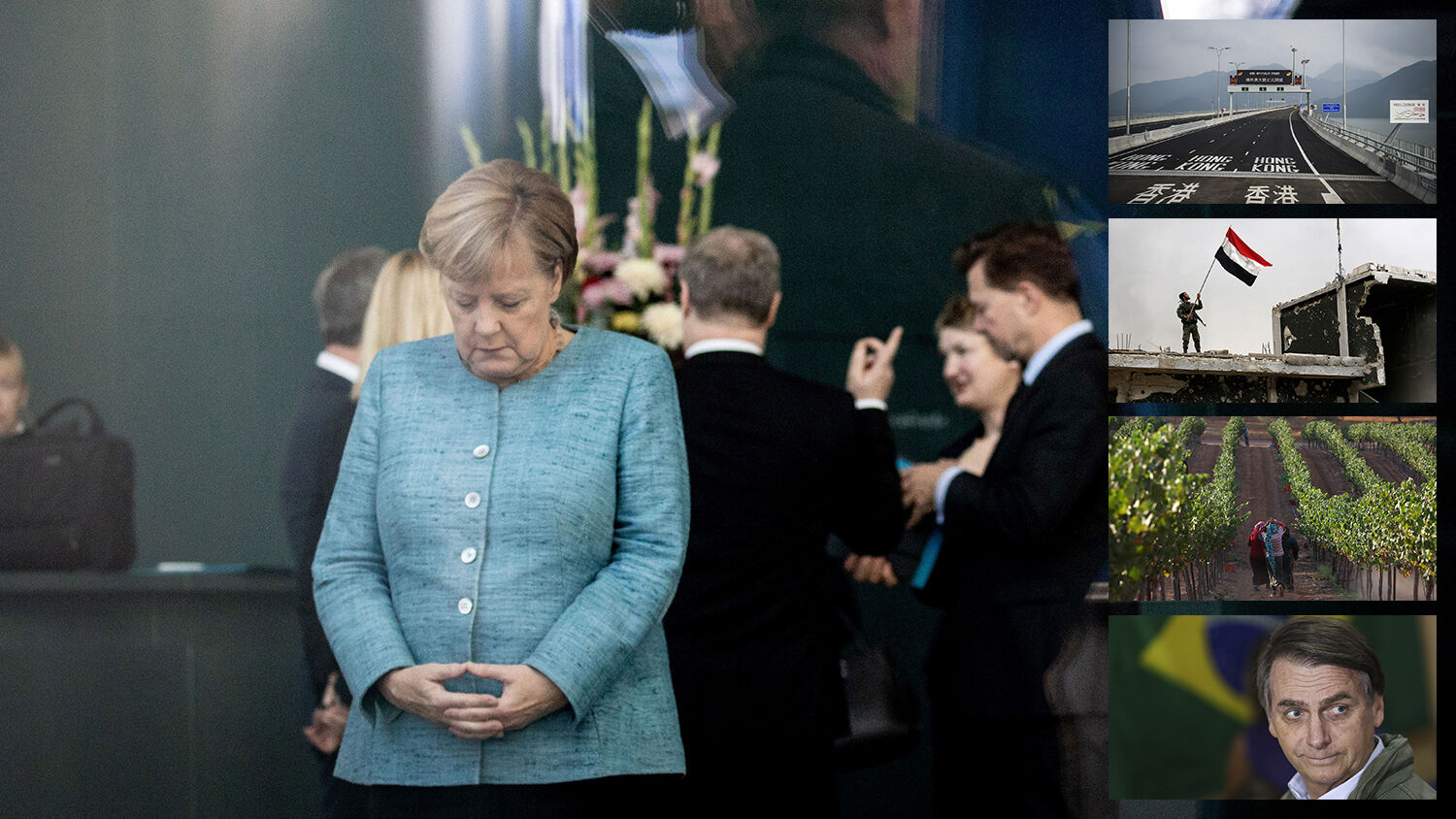 In one of the most contentious elections in Brazil’s history, Ret. Army Capt. Jair Bolsonaro was elected president, winning 55 percent of the vote in a runoff election on October 28. He beat out his socialist rival, Fernando Haddad, and he is now preparing to upend Brazil’s foreign policy.

Bolsonaro is advised on foreign policy by Prince Luiz Philippe de Orleans e Braganca, a royal descendant of both Holy Roman Emperor Francis ii and Brazilian Emperor Pedro ii. Both Braganca and Bolsonaro are concerned about the growing influence of China and want Brazil to draw closer to Europe and the United States.

The End of an Era for Germany

On October 29, German Chancellor Angela Merkel announced that she would step down in December as the leader of Germany’s Christian Democratic Union (cdu). She will be gone as Germany’s chancellor by 2021—at the latest.

It’s now official that she’s on the way out.

Somewhere down the line of her future replacements will be the strongman prophesied in Daniel 8, Daniel 11, Isaiah 10, Revelation 13 and Revelation 17!

China unveiled on October 23 the world’s longest sea-crossing bridge ever built. It spans more than 34 miles and connects mainland China to the two special administrative regions of Hong Kong and Macau.

The bridge’s purpose goes beyond just showcasing China’s impressive engineering capacity. It is also an undeniable symbol of Beijing’s increasingly ambitious geopolitical goals. It stands as a physical manifestation of China’s resolve to tighten control over Hong Kong, the South China Sea and beyond.

The leaders of Russia, Turkey, France and Germany met in Istanbul on October 27 to discuss the Syrian crisis. The four leaders called for the rewriting of the Syrian Constitution by a 150-member committee. Each third of its members would be chosen by the government, the opposition groups, and the United Nations respectively. They also agreed that the committee should convene before the end of the year.

This is the first time in six years we have seen Germany actively participating in Syrian negotiations. It could lead to a closer relationship between Syria and Germany, a relationship prophesied in the Bible.

Jordan recently surprised the world when it announced a change in the status quo of the Israel-Jordan peace agreement of Oct. 26, 1994. King Abdullah ii announced that Jordan would not renew a land lease to Israeli farmers. This means that in one year’s time, Israeli farmers will be forced to vacate over 1,000 acres of Jordanian farmland.

King Abdullah ii’s announcement is just the latest blow in a series of disagreements that have fractured the Israeli-Jordanian relationship. The 4,000-year history of Israeli-Jordanian conflict is about to repeat itself yet again; the two nations are about to experience another violent falling-out.