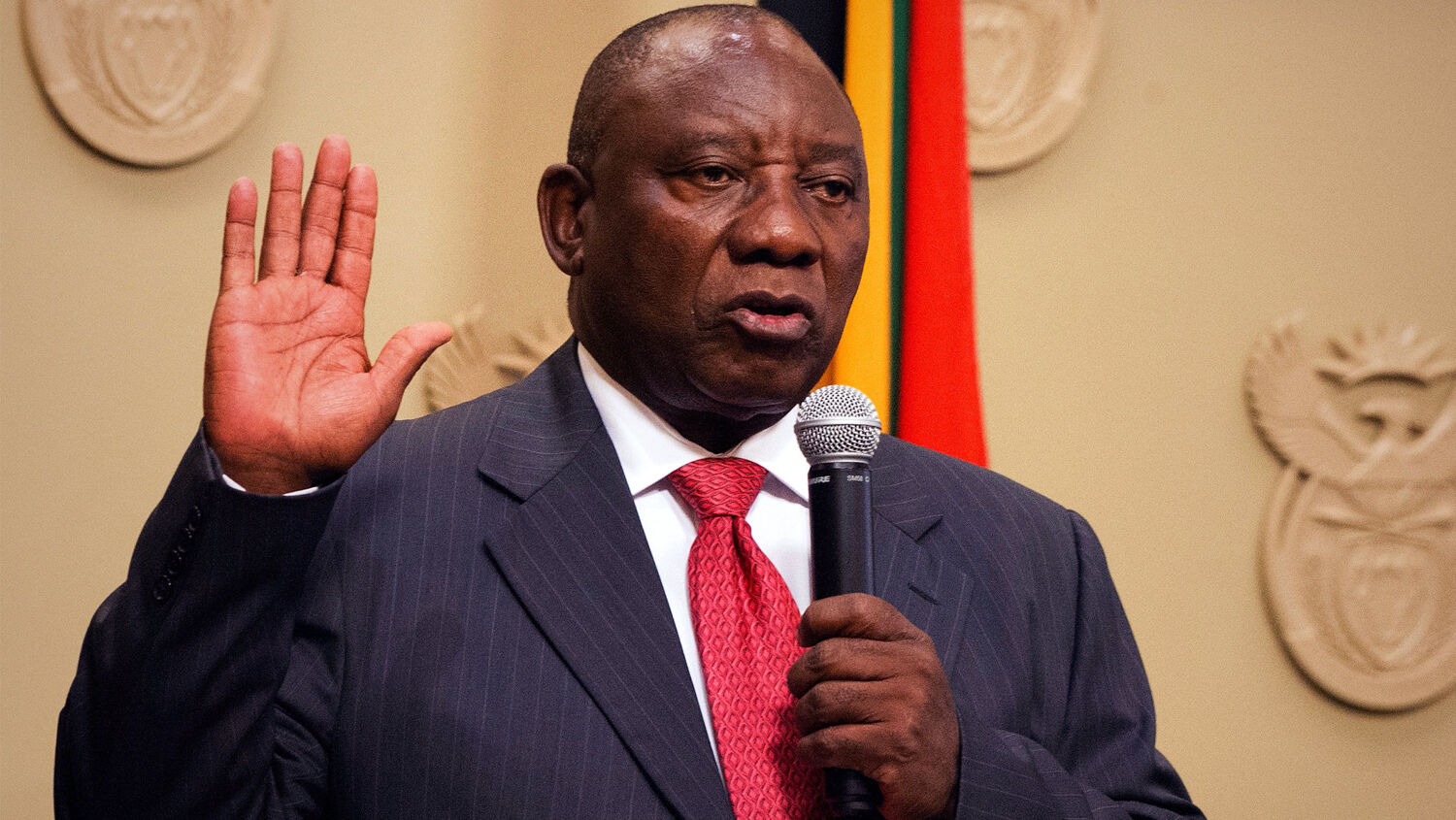 Even if South Africa does not repeat the disastrous policies of Zimbabwe, its inflammatory rhetoric will incite people to mass violence.

The government of South Africa plans to start confiscating white-owned land without compensation, policymakers announced at the 54th National Conference of the African National Congress in December. Now South Africa’s new president, Cyril Ramaphosa, is promising to follow through.

“We will accelerate our land redistribution program not only to redress a grave historical injustice, but also to bring more producers into the agricultural sector and to make more land available for cultivation,” he said during his February 16 State of the Nation address. “We will pursue a comprehensive approach that makes effective use of all the mechanisms at our disposal. Guided by the resolutions of the 54th National Conference of the governing party, this approach will include the expropriation of land without compensation.”

The South African Communist Party said it welcomed a policy of expropriation of land without compensation. But it warned that the African National Congress (anc) must not just shout populist rhetoric, it must follow through. Economic Freedom Fighters (eff), a radical Marxist party, introduced a motion in South Africa’s parliament on February 27 to amend the nation’s constitution to allow land seizures. Supported by the anc, the motion passed 241 to 83. The Parliament’s Constitutional Review Committee will report back by August 30 on the feasibility of such land seizures.

Ramaphosa has since said that he will not allow “smash-and-grab interventions.” But in his abovementioned address to Parliament, he called the taking of land from the indigenous people of South Africa the nation’s original sin. This statement is a gross misrepresentation of South Africa’s true history. Contrary to claims that white settlers stole black land, the Cape Colony was mostly uninhabited when the Dutch settled there in 1652.

Battles between the Dutch and the Khoikhoi people broke out over grazing rights seven years later. But the Bantu tribes that comprise most of South Africa’s black population today did not arrive in the region until later. After Zulu King Shaka waged a genocidal war against many South African tribes in the 1820s, the Dutch began farming the empty land. This brought them into conflict with the Zulu tribe. In 1832, the Dutch attempted to negotiate peace with Shaka’s successor: The new king commanded that the Dutch peace emissaries be clubbed to death. This ignited decades of war that did not end until the British Empire conquered the Zulu Kingdom in 1879.

The Khoikhoi are indigenous to western South Africa. The Bantu, the Dutch and the British are all outside settlers who showed up in the area during the 1800s. The only people in the history of South Africa guilty of attempted genocide are the Zulu. But politicians today accuse the Dutch and British of taking land from the people that the Zulu slaughtered. This is a bid to unite black tribes against people of European descent.

This strategy threatens to unleash violence in South Africa on a scale not seen since the end of the Anglo-Zulu War. Even if the government does not begin confiscating white-owned land like Zimbabwe began doing in 2000, with disastrous results, the inflammatory rhetoric used by South African politicians will move people to violence. According to a paper by Wandile Sihlobo, Theo Boshoff and Sifiso Ntombela, researchers at the Agricultural Business Chamber, there is a threat that people will start taking the matter of land ownership into their own hands.

“In this scenario, a lack of clarity on what is meant by statements such as ‘taking the land back’ could prompt citizens to disregard the rule of law,” they wrote. “As a result, incidents of illegal land occupation will escalate, coupled with farm invasions, subsequently making the agricultural sector nonfunctional and unproductive. Aside from human rights violations becoming commonplace, employment will decline, production will fade, and imports will rise, leading to high levels of food insecurity. Strong reliance on imported food could be risky for the country ….”

According to the Transvaal Agricultural Union, 1,848 people have been murdered in farm attacks between 1998 and 2016. And the murder rate is escalating. The rhetoric coming from the anc, the eff and the Communist Party will make this problem worse.

The sobering truth is that the Bible prophesies of a time of Great Tribulation after the American and British peoples fall from prominence. This time of tribulation will afflict all the descendants of ancient Israel, including British and Dutch South Africans. (For proof of these national identities, request a free copy of our book The United States and Britain in Prophecy, by Herbert W. Armstrong.)

The Prophet Ezekiel describes this time in grisly detail: “Make a chain: for the land is full of bloody crimes, and the city is full of violence. Wherefore I will bring the worst of the heathen, and they shall possess their houses …” (Ezekiel 7:23-24). The Bible prophesies that so many bloody crimes will occur in the end time that they will be like links in a chain—one following right after another. This passage even describes people’s homes being taken away and conflict between ethnic groups.

Ezekiel 7 also explains why this time of violence is coming. It is because of the “abominations” of the people: their sins. This does not mean that the victims killed in farm attacks are more sinful than anyone else. Referring to those who suffered deadly fates, like the victims of a tower collapse in Siloam, Jesus Christ said, “[T]hink ye that they were sinners above all men that dwelt in Jerusalem? I tell you, Nay: but, except ye repent, ye shall all likewise perish” (Luke 13:4-5). The 1,848 killed in farm attacks since 1998 were not worse sinners than other South Africans. But God did not intervene to protect them. The Bible says He is allowing this chain of violence as a warning to people of even worse violence coming, unless they cry out in repentance.

It is God’s great desire to teach all races and nationalities the way to peace and prosperity. If mankind would only repent and obey God’s commandments, they would not have to experience such horrific crimes. But the human heart is hard and too proud to admit that it does not know the way to peace, happiness and stability. God must allow mankind to learn from their own choices until the time when they cry out to Him for instruction. Then He will be able to resurrect those who have died, to show them the path to real peace!