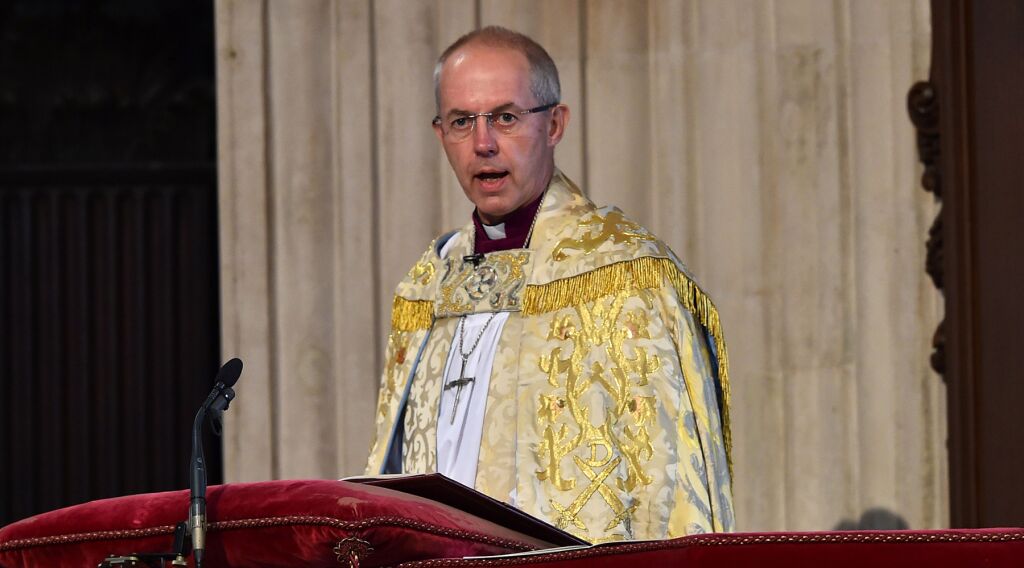 Does the Archbishop of Canterbury want to get back to Rome?

Archbishop of Canterbury Justin Welby, the leader of the Church of England, stated last month that pondering the Protestant Reformation should lead Christians to “repent” of their part in “perpetuating divisions.” Welby also announced that he would “express remorse” over violence performed by protesting Christians during the Protestant Reformation. The statements raise the question: If Protestants should repent, does that mean they should go back to Rome?

Welby’s official statement on January 17 coincides with two events. The first was the Week of Prayer for Christian Unity 2017, which ran from January 18 to January 25. The second, and more important, is the 500th anniversary of the Protestant Reformation, which began on Oct. 31, 1517, when Martin Luther nailed his 95 Theses to the door of a German church.

In this anniversary year, Welby started, Christians should appreciate the “great blessings” that the Reformation brought. But he also stated, “the Reformation was a process of both renewal and division” (emphasis added):

Many will also remember the lasting damage done five centuries ago to the unity of the Church, in defiance of the clear command of Jesus Christ to unity in love. Those turbulent years saw Christian people pitted against each other, such that many suffered persecution and even death at the hands of others claiming to know the same Lord. A legacy of mistrust and competition would then accompany the astonishing global spread of Christianity in the centuries that followed. All this leaves us much to ponder.

What exactly are Anglicans to ponder? The release of England from the grip of tyrannical rule in Rome? Whether or not it was wrong to resist being abused and exploited? Oddly enough, none of the many crimes committed by the Catholic Church at the time were mentioned in the archbishop’s statement.

Adrian Hilton, who writes under the pseudonym Archbishop Cranmer (a leader of the Reformation), asked some further questions: Is the Archbishop of Canterbury “blaming Luther for the lasting damage he caused to church unity, and asking his Protestant progeny to repent of being Lutheran and Protestant? Are they rebuking him for defying the clear command of Jesus Christ to unity in love? Are they saying that it was all just a sad and tragic mistake?”

Such repentance needs to be linked to action aimed at reaching out to other churches and strengthening relationships with them. This anniversary year will provide many opportunities to do just that, beginning with this Week of Prayer for Christian Unity.

There it is, the motivation behind Welby’s message of repentance: He wants to reconcile the Church of England with the Roman Catholic Church!

As Pope Francis did with his reconciliation anniversary speech last October, Archbishop Welby was content to completely omit any mention of the current doctrinal differences between the Church of England and the Catholic Church. Contentious issues like female priests, contraception and homosexuality have been ignored. The dubious assertion that “the Reformation helped give greater centrality to sacred Scripture in the [Catholic] Church’s life” have been hailed as unifying.

Welby’s January 17 message had the same theme as Pope Francis’s last year: reconciliation. “If we look at our roots, our history and our culture in the Christian tradition,” Welby said, “we will find a path towards reconciling the differences that have divided us.”

If we are welcoming to those in need; if we are generous in giving; if we take hold of our new future with determination and courage—then we will flourish. Living well together despite our differences, offering hospitality to the stranger and those in exile, with unshakable hope for the future—these are the gifts, the commands and the promises of Jesus Christ.

The fact that the leaders of the Anglican Church and the Catholic Church are talking this way is hugely significant. It looks like 2017, the year that will mark the 500th anniversary of the Protestant Reformation, is likely to be a year of unity and reconciliation. Just as Isaiah 45 prophesies, and as the Trumpet has explained for decades, the Church of England will return to the Catholic fold.